MORE WOES FOR THE CAMBRIDGE BUSWAY

Deteriorating’ Cambridgeshire guided busway may need to be ripped up 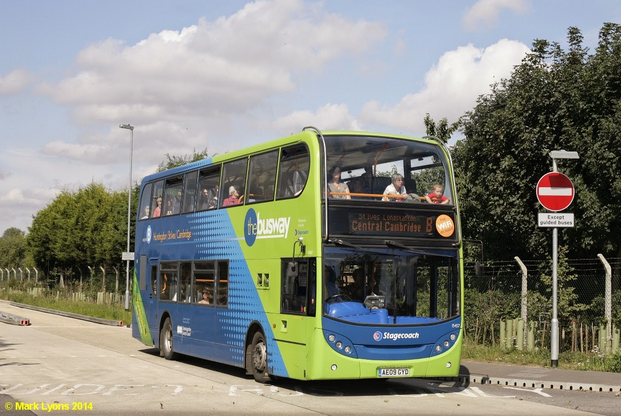 The busway, which runs between Cambridge and Huntingdon, has had 11 million passengers since it opened four years ago, but it has been plagued with defects.
A technical report six months ago said the busway, which was built by contractor BAM Nuttall, had £31 million worth of defects - in some places the track has risen four inches - which need to be addressed to tackle the “deteriorating” ride quality.
Next weekend, the section from Addenbrookes’s Hospital to Trumpington will be shut for maintenance. 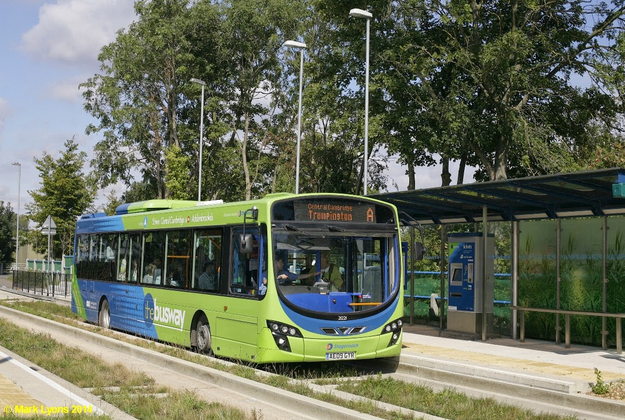 Speaking to BBC Radio Cambridgeshire, Bob Menzies, service director for strategy and development at Cambridgeshire County Council, said they may be forced to put rubber pads under every beam of the track.
“The ride quality has deteriorated since it opened, and the joints are moving. The last thing we want to do is to have to do this work. But on the other hand we have to make sure it’s maintained and kept safe,” he said.
“It’s a real shame we have this problem, that we’re having to close it over a weekend, having to divert the buses round, and we many have to do more of this in the future.
“Our experts’ view is that eventually we’ll need to fix it all. And it’s a real shame.
“If we (the county council) have to we’ll lift every beam up and put these rubber pads back under each one of them as they should have been done properly in the first place.” 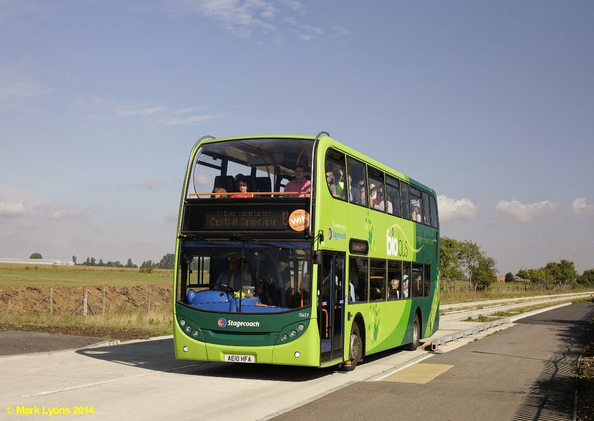 Replacing beams cost several thousand pounds at a time, so replacing 6 million joints could add up to a “very big figure”, Mr Menzies admitted.
The council has already spent £1 million on legal action against Bam Nuttall in a bid to get them to take responsibility over the repairs, Mr Menzies added.
He said: “What we believe should happen is Bam Nuttall should come back and fix it all, and get the ride quality back to where it should have been.
“They’re quite clearly defects. It quite clearly doesn’t comply with the terms of the contract. I’m absolutely clear about that, and so are our lawyers. There’s six thousand joints along the busway - that could add up to a very big figure if you have to fix every one over the course of a number of years. That’s why we’re taking legal action against Bam Nuttall.
“I’d like Bam Nuttall to come clean and accept their responsibilities. But I suspect it won’t. In effect it will take a lot longer than that, knowing the previous history.”

The initial contract between Cambridgeshire County Council and BAM Nuttall was for 130 weeks of work, with the completion date on February 27th, 2009.
But the busway construction was not completed until April 2011 and not open for use until August of that year as the council raised concerns about defects along the guideway.
The council instigated the review into the contract after the project ran into problems and delays, resulting in BAM Nuttall, repaying £33million of the £147m costs to settle a long-running dispute about who should pay for the overspend for the concrete route.
The report found BAM Nuttall did not think the design was as complete as it expected it to be when the contract was awarded.
Involving a consultant to review the design was not value for money and removed responsibility from the contractor’s designer, the report added.