Cunard's three liners gathered in Southampton on 3rd May to mark the start of the shipping company's 175th anniversary celebrations.
Led by Queen Mary 2, Queen Elizabeth and Queen Victoria started a procession down Southampton Water at about 17:45 BST, after an hour's delay. 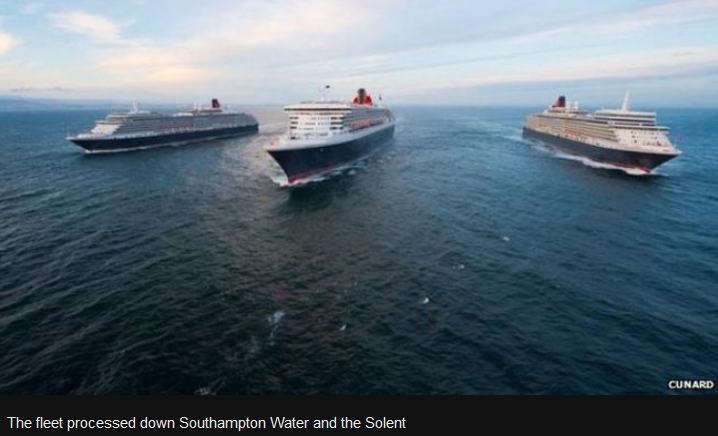 It was organised to pay homage to the city which is the fleet's home port.
Further celebrations will take place in Liverpool, where the company has its headquarters, in May and July.
Angus Struthers, from Cunard, said it was "the very first time" Queen Mary 2 had led a daylight parade of the "three queens" down Southampton Water and into the Solent. 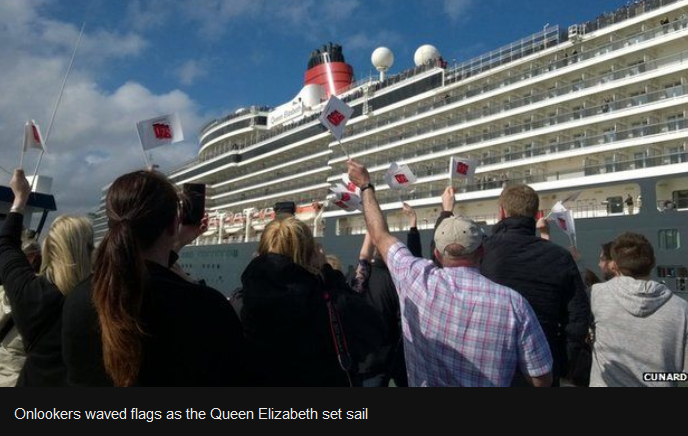 The procession was due to start at 16:30 but was delayed to allow the Royal Caribbean's Anthem of the Seas cruise ship to depart the port first, a Cunard spokeswoman said.
The route of the ships' formation was expected to include Calshot and Lee-on-Solent, as well as Cowes and Ryde on the Isle of Wight.
The fleet was originally set to reach the island's Nab Tower at about 19:30, but this was put back following the delayed departure.
From here Queen Elizabeth headed to Hamburg, Queen Victoria to Guernsey's St Peter Port, and Queen Mary 2 across the Atlantic to New York.

Can you see what it is yet? 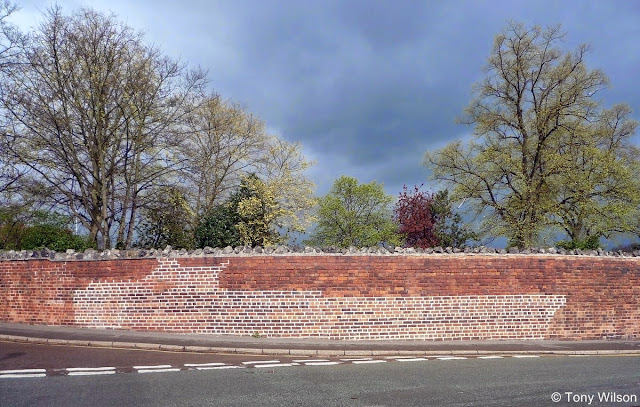 Whether intentional or not, this rather splendid bit of brickwork pointing now adorns the retaining wall around the Queen's Park Recreation Ground in Chesterfield, Derbyshire and surrounds one of the prettiest county cricket grounds. Anyone wishing to have a better look it is located at the junction of Park Road with Boythorpe Avenue.