END OF THE ROAD FOR EMBLINGS/JUDDS TRAVEL ? 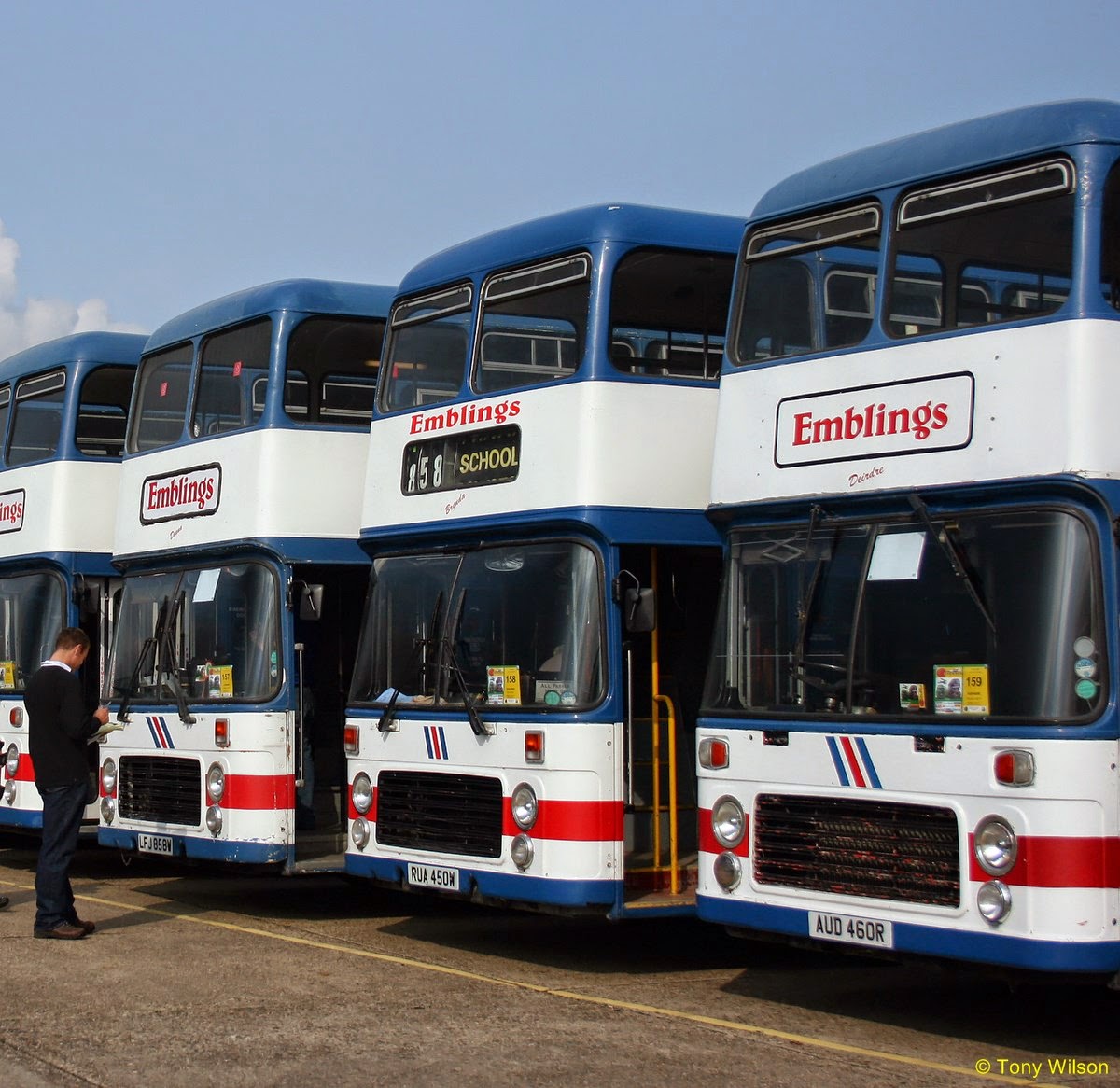 The 20-vehicle O-Licence held by Emblings Coaches and the 10-vehicle O-Licence held by Judds Travel have been revoked on grounds of finance, repute and professional competence by Traffic Commissioner (TC) Richard Turfitt with effect from 9 June.
The two companies and their directors have been disqualified from holding a PCV O-licence indefinitely. In addition the TC disqualified Mark Judd from acting as a Transport Manager (TM) until he has retaken and passed the TM CPC exam.
An application for a stay of the Emblings Coaches decision pending an appeal to the Upper Tribunal was refused by the TC.
The two companies, both of Bridge Garage, High Road, Guyhirn, Wisbech, had been called before the TC at a Cambridge Public Inquiry (PI). The firm runs route 701 from Peterborough to Coates, plus schools work.
A maintenance investigation of both companies was carried out in April 2014. The TC said that when the case first came before him last September, the standard of record keeping, going beyond just paperwork, was far below that required of an operator, particularly one engaged in the transport of schoolchildren.
Mr Judd accepted that he had not met the required standards. It was accepted that there would be adequate roller brake testing in place, and that between those tests there would be effective metered checks with the printouts. Mr Judd also accepted that he had spread himself too thin and his resignation from the Emblings Coaches licence as its TM was recorded. On that basis the hearing was adjourned for a further review by the vehicle examiner (VE).
A further maintenance investigation on 5 January found defects that should have been detected by drivers, such as bulbs. He was struck by the failure to meet even the basic undertakings for the inspection of brakes, which had been given at the first hearing.
The TC said that he was concerned that those shortcomings were apparently allowed to occur even after the explicit warnings given at the previous hearing.
Mr Judd had suggested that he was prepared to invest in a rolling road brake tester and which he had indicated he would implement in September 2014. This had not happened. On the basis of the financial evidence, the TC was concerned as to how either operator could afford to purchase that equipment.
The opportunity to demonstrate compliance was simply not taken up. Promises of action were made at the first hearing in September and not met. As a result he could place no real weight on promises made at the second hearing and could not trust the operators to ensure future compliance. They should be put out of business because of the shortcomings, most notably the lack of attention paid to safety critical defects such as brakes.