Well known operator and bus dealership Ensignbus have recognised the sacrifices made by people from around the part of Essex, wherein their fleet of buses operate and serve the local population, 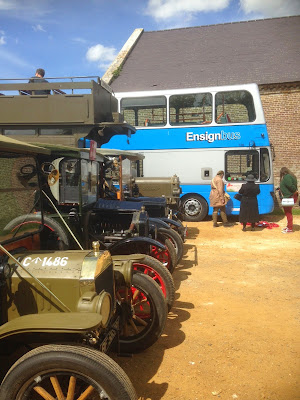 and Steve Newman has kindly provided the following:

"As you know we have been based in and around Purfleet for 35 years and the family here both individually and through the company are a supporter of military charities as an example locally we have restored five memorials that were in poor shape. We wanted though to do something local based for the centenary commemorations of the Great War, not just a generic 1914-2014 type bus.

So we decided to name the buses after the 26 (well there's actually 25 but whilst researching we found another one) on the Purfleet war memorial. Whilst many commemorations started in August of last year we launched our commemoration on May 4, 2015, to commemorate 100 years since the first soldier from Purfleet was killed. He was killed at Gallipoli which was obviously also very topical that week with the commemorations that had taken place in Turkey. 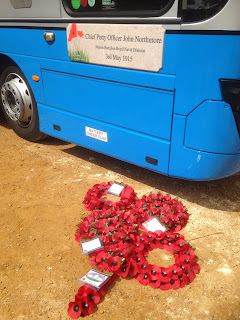 Not only though are the buses named outside but we also tell their story inside the bus. The interior posters give a brief outline to where and how the man was lost and already we have had a lot of comments from people commuting to work saying how much it makes them think reading the different stories. Of course the buses are used on routes in the local area, passing many of the soldiers homes, schools and work places, as well as the war memorial will ensure its a very local way of remembering these men.


There was too much we found out about the men to fit it all on the interior posters of the buses so we have been written it up in a booklet, printed 150 copies at our cost which we have given to the Purfleet Heritage Centre so that they can sell copies with all proceeds going to raise funds for the museum. 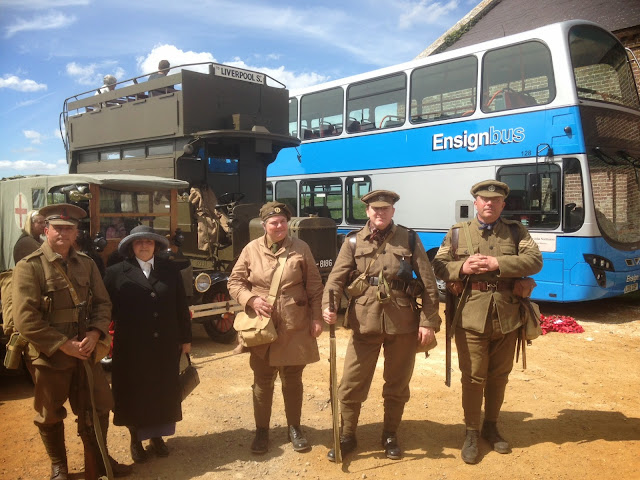 For the launch at the Purfleet Heritage Centre, one of our new Volvos named John Northmore after the first chap lost, was joined by a very special guest vehicle. London Transport Museum's original World War One 'Battle Bus' made the journey east to be put on display and reflect on the brave crews who operated these at the front in a number of roles.

We had the Minister for Armed Forces Mark Francois MP, the local MP Jackie Doyle-Price, the mayor, museum curator, Peter and I speak at the launch event as well as representatives from the Gurkhas and veterans groups who joined us on the day. The weather was great and hundreds attended making it one of the busiest the museum had ever experienced. 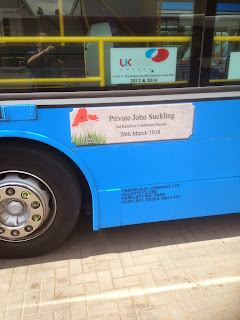 Staff have also taken to the event, with many buying a copy of the book and our traffic office noting that it was 100 years to the day of the second soldier lost, rescheduled the vehicle to run on the 44's so it was in Purfleet for much of the day, which was a nice touch and purely at the initiative of our staff.

All 26 named buses entered service the next day and as we don't carry any advertising the plaques are perhaps more prominent than they would be on other operators fleets. They will all proudly carry the name and date the soldier was lost until 11 November 2018."

The Focus Transport team extend our grateful thanks to Steve and the rest of the Newman Family for this most timely initiative. 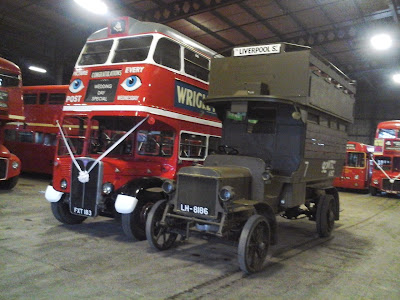 Can we also direct you to another website, that of John Lidstone who has a fine selection of images of the B-type, that can now be viewed by clicking here 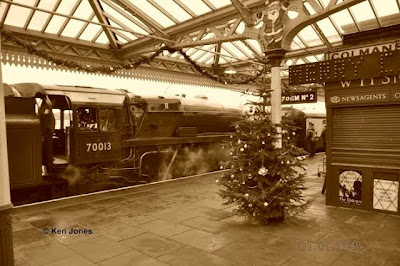 Ken Jones has been on his travels again and a selection of his images taken earlier this year can now be found on the Features site, and viewed by clicking  here