What has become something of an event now and again, is a visit by the Venice-Simplon Orient Express train set, up the Midland Main Line to Chesterfield in Derbyshire. Once there passengers embark and are then taken by coach to visit the grand Chatsworth House, home to the Duke & Duchess of Devonshire.
Heading the train northwards on the 29th April was 67-class 67005 Queen's Messenger. 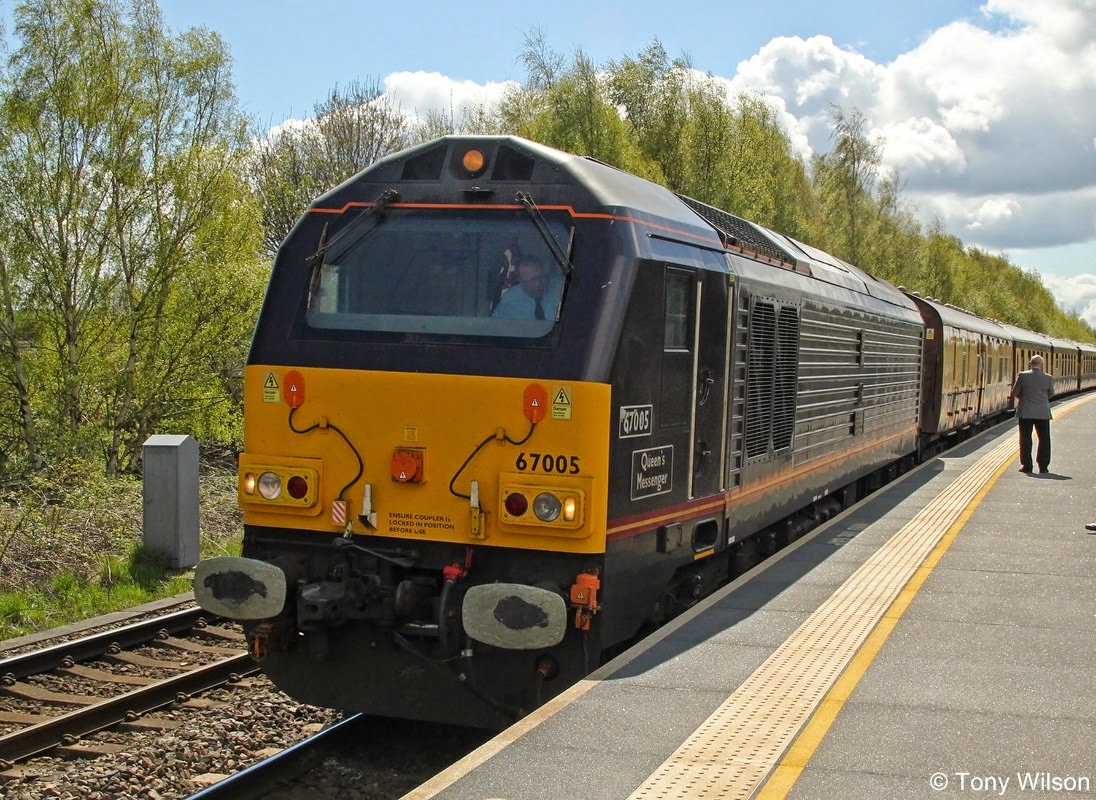 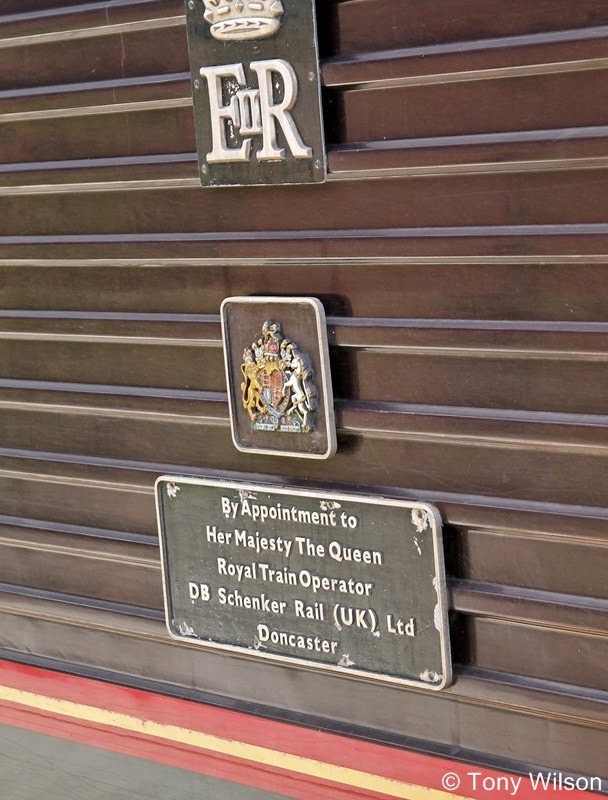 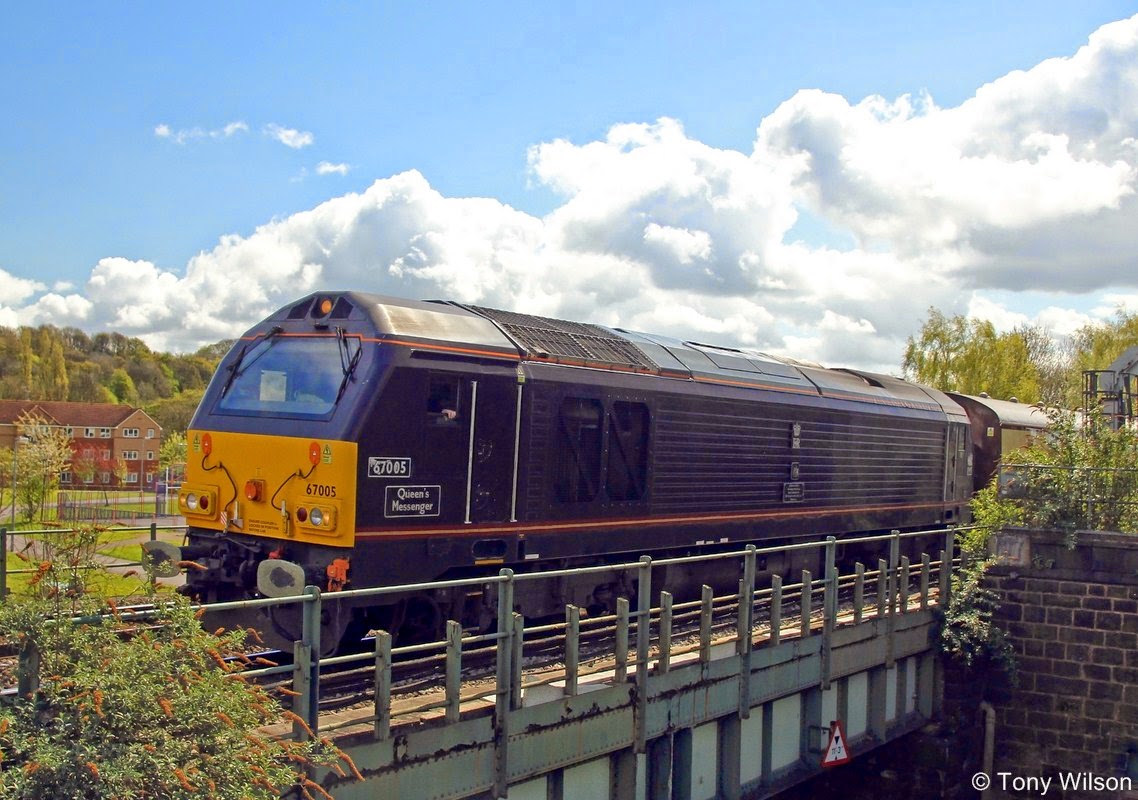 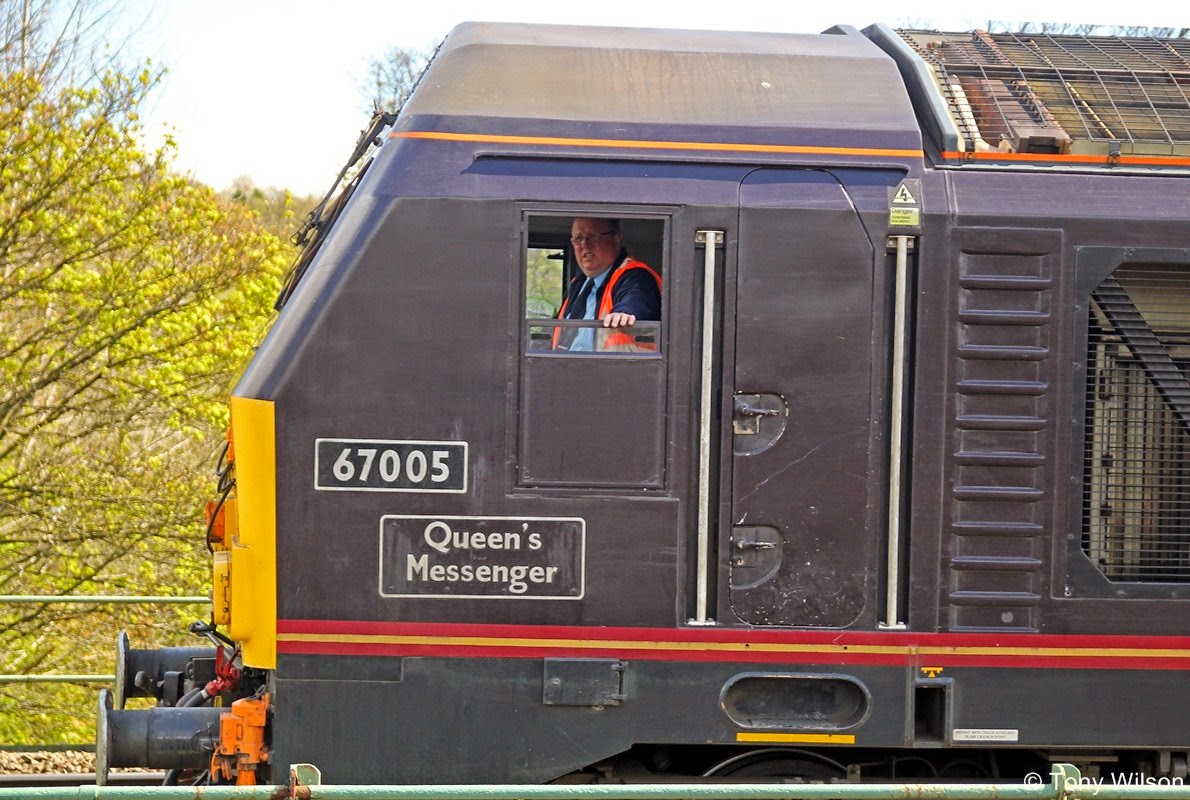 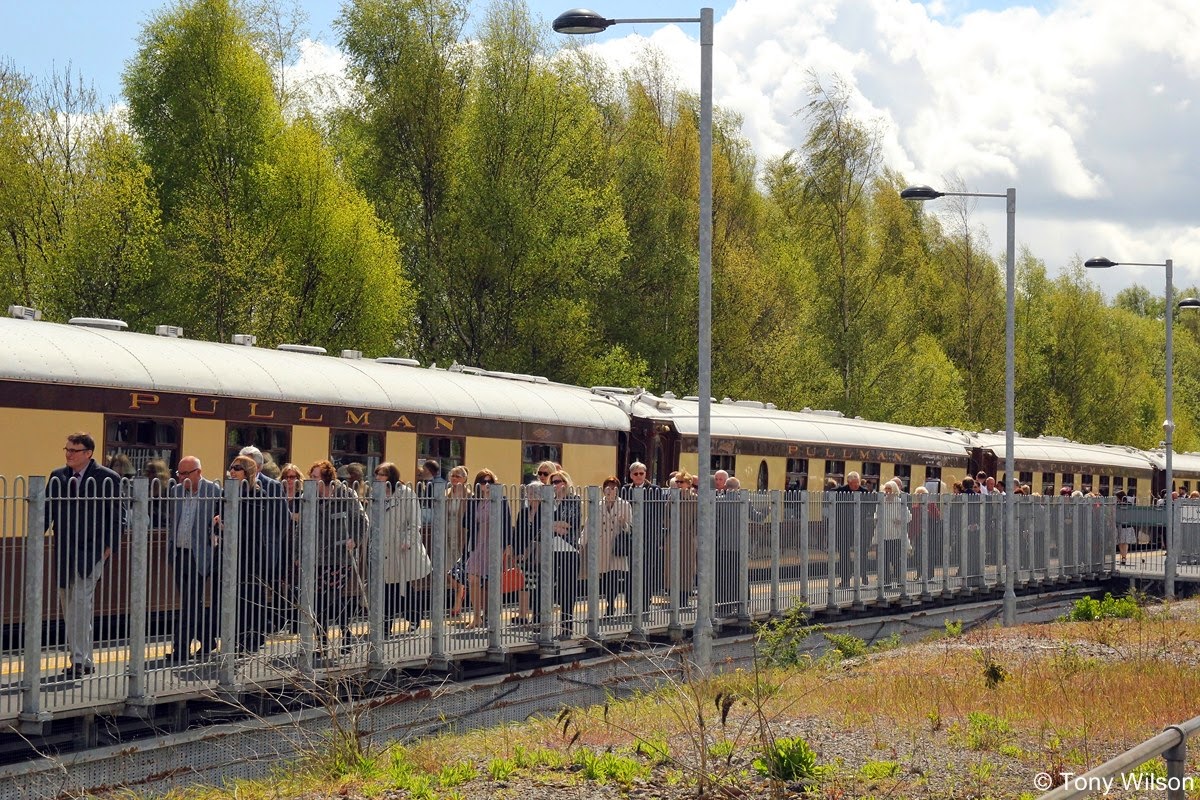 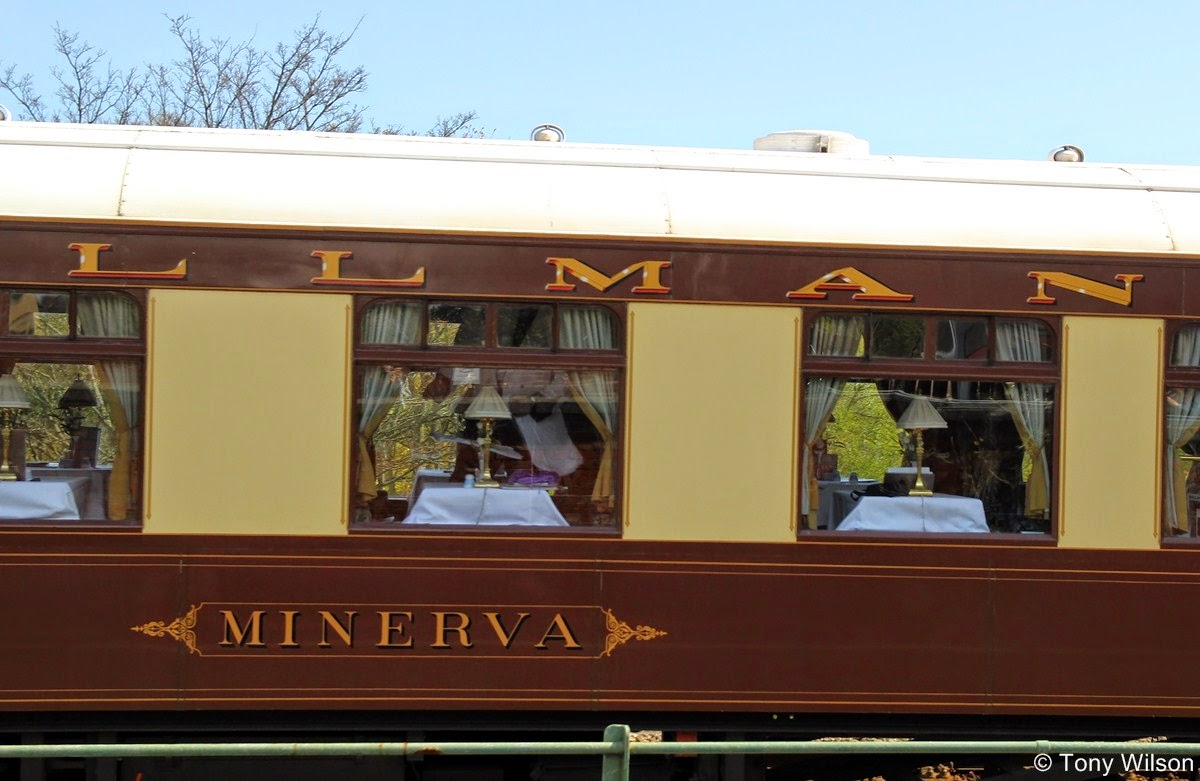 Having disembarked the passengers the train continued north out of the station to rest and return later from the sidings beside the Barrow Hill complex. 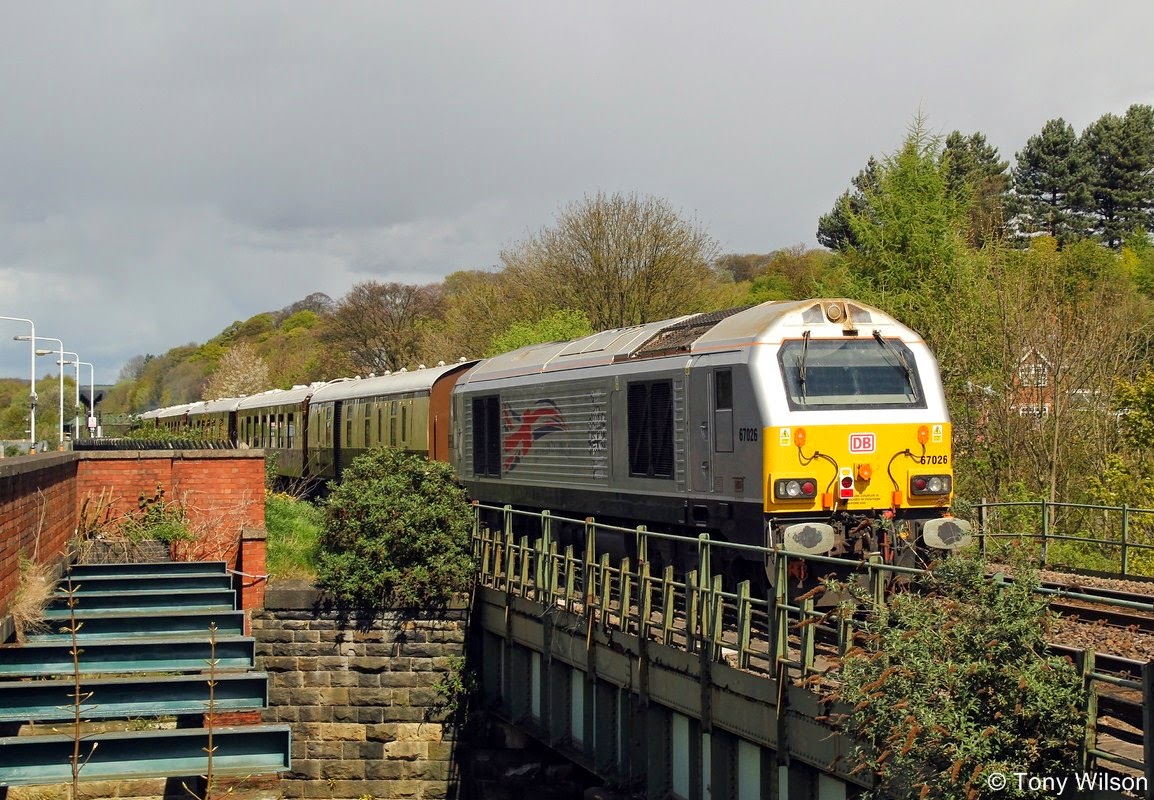 As the train departed from Chesterfield Station, on the back and due to head the return journey southwards was 67026 (upper), and a few hundred yards up the line another view (lower), taken from the Tapton footbridge. 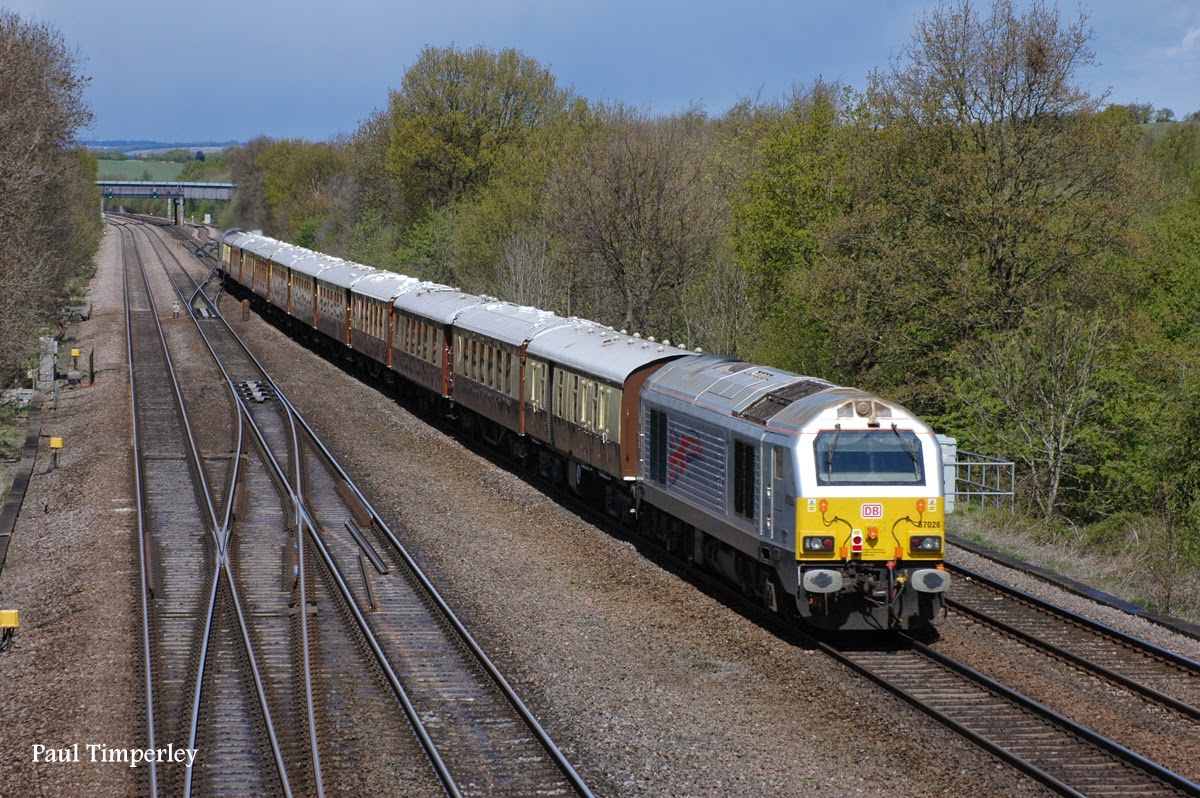 Long established coach company Andrews of Tideswell currently have the contract to transfer the visitors from Chesterfield Station to Chatsworth House. 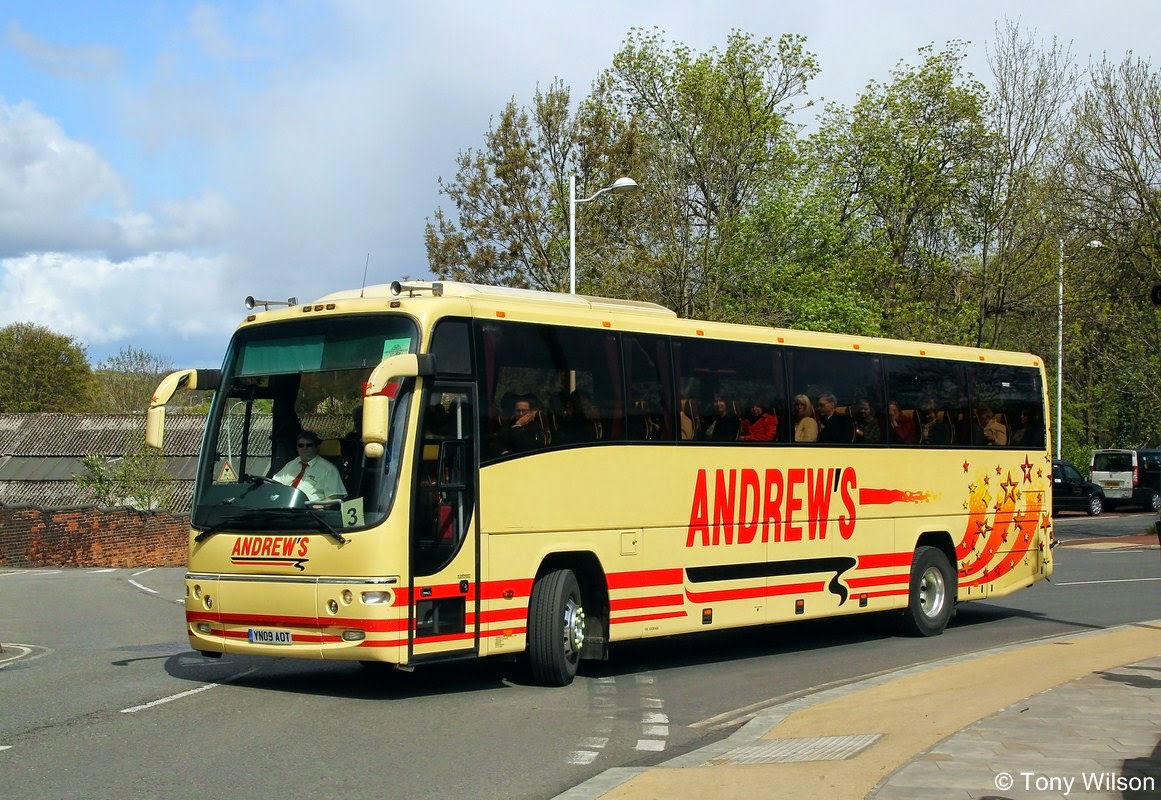 And finally, here one of three Volvo B12B with Plaxton Panther bodywork in the fleet, leads three other coaches away from the station forecourt and heads towards their destination. 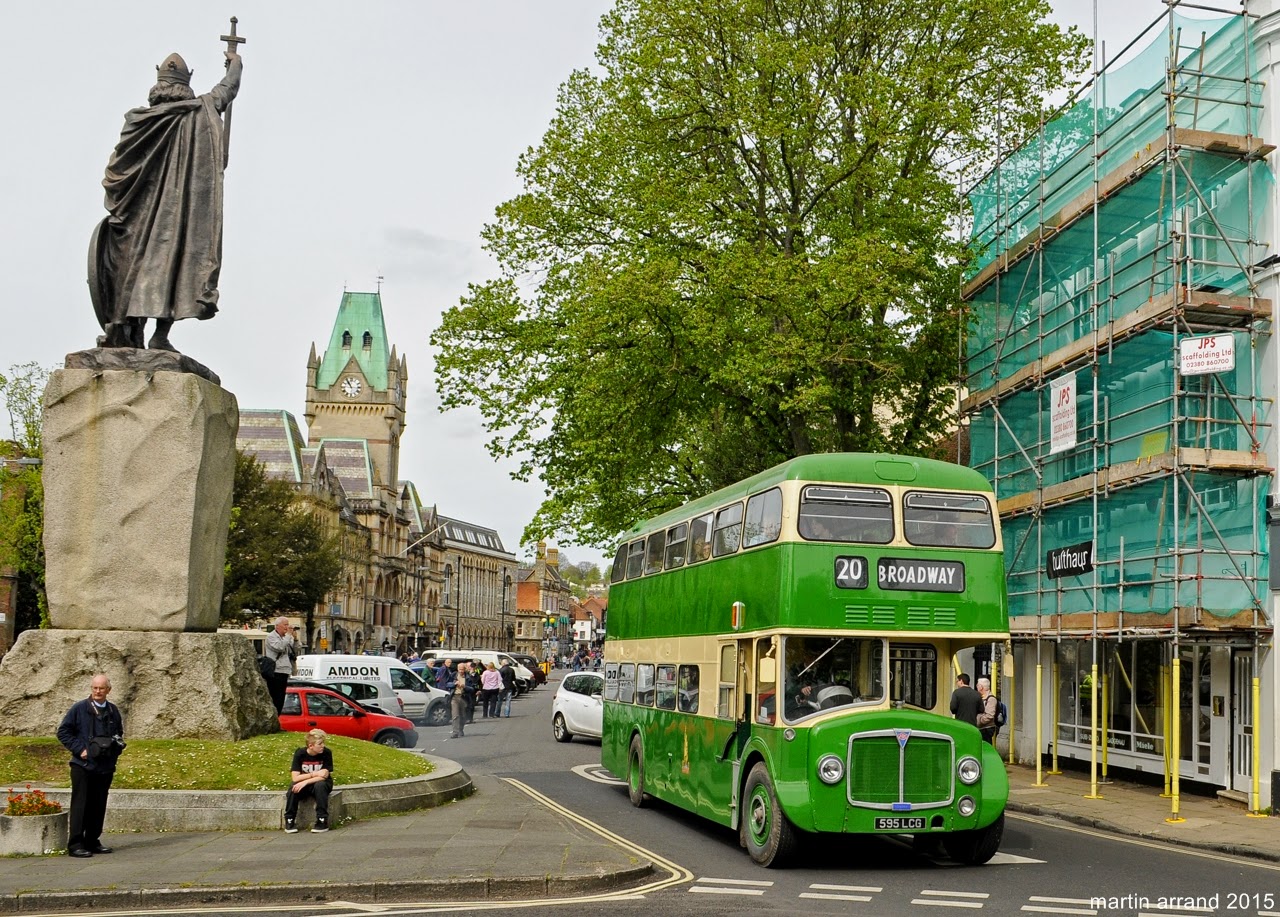 Martin Arrand and others made the long trip from Chesterfield to Winchester for the recent King Alfred event. Moved from the traditional New Year's Day, perhaps some of the winter atmosphere was absent, but the standard of preserved and other vehicles was still high. The first album of images cover the preserved King Alfred fleet and can now be viewed by clicking here