Yesterday's BBC Music Day linked many locations in a day of live music. The North East and Cumbria regions took part in a 'Wall of Sound' event that travelled the course of Hadrian's Wall. Bristol Lodekka 627 HFM belonging to Cumbria Classic Coaches was contracted to play a key part in the proceedings and as the bus is a convertible open topper, the roof was removed for the occasion, allowing musicians to perform from the top deck.
Pictures below, some taken from the BBC website, show the bus, suitably decorated for the occasion and hopefully more pictures will become available when the whole event is put together for the BBC iplayer.
Focus Transport joined the proceedings when the bus reached Heddon on the Wall and then provided route guidance into Newcastle where the bus was scheduled to make an appearance outside Newcastle Cathedral. The writer was also privileged to drive the bus between Newcastle and Wallsend where it formed a backdrop to live broadcasts on the One Show. 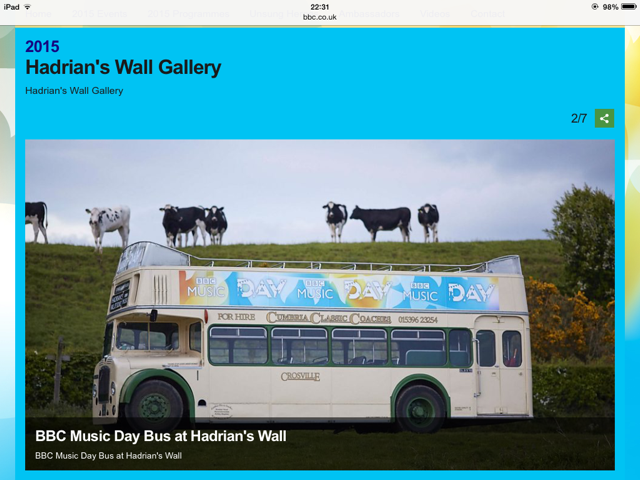 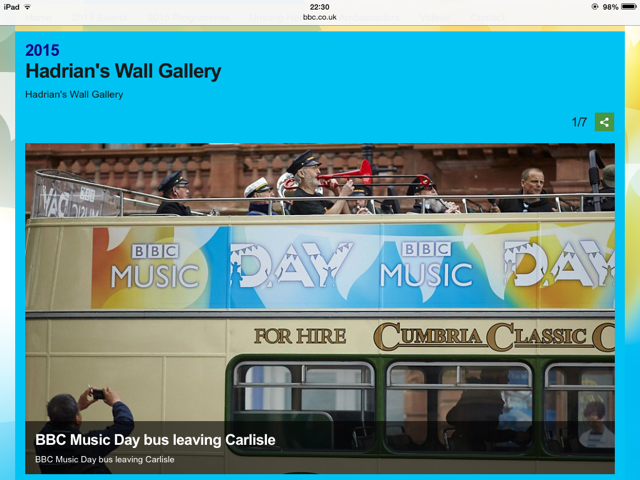 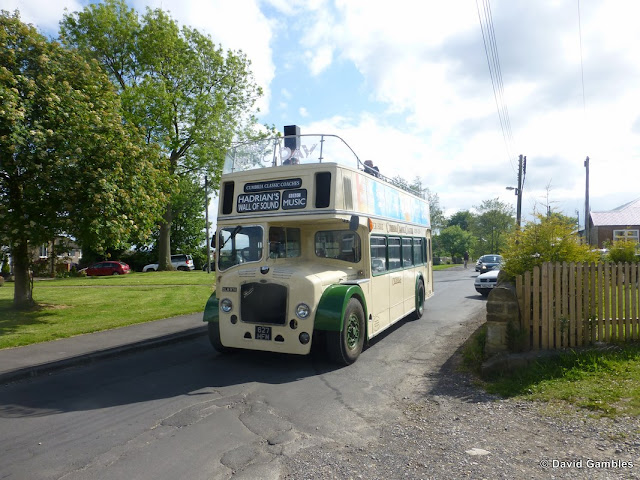 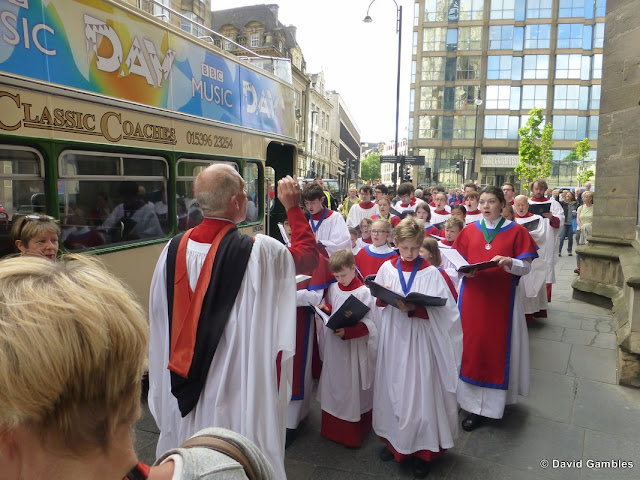 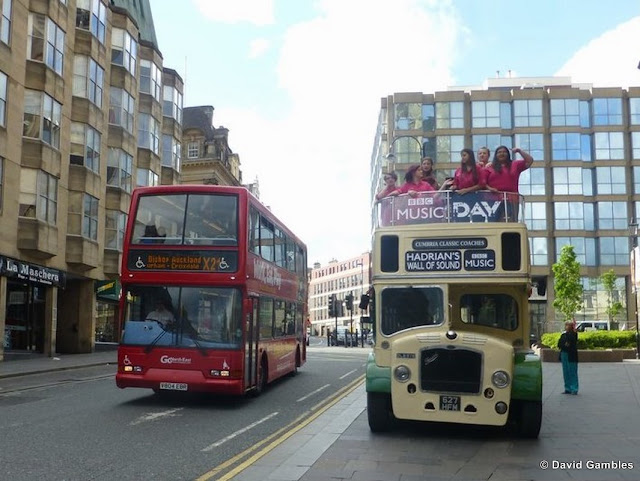 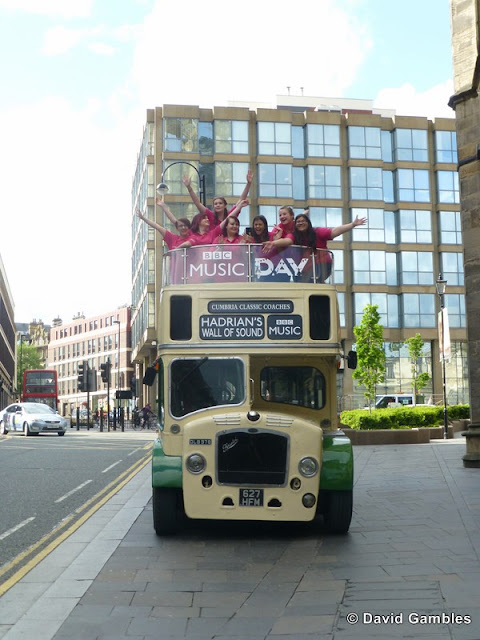