With Yourbus recently out of the frame on National Express operations, route 240 (Bradford-Heathrow) is currently in the hands of Skills Motor Services of Nottingham on an emergency tender.

Thus observed on the 17th June passing through Chesterfield coach station, were two former Parks of Hamilton Volvo B12B Plaxton Elite tri-axle coaches. And a splendid sight they made. Tight turns upon entry and exit make full use of the rear steering axle, as shown on the front nearside image. A north and a southbound came through within 20-minutes of each other at 1320 and 1340-hours.

We are led to believe that five of these vehicles registered SN10 JJZ/JKE/JKF/JRU and SW10 VNS have been acquired by Skills, the two seen have legal lettering applied to that effect. Originally when with Parks their registrations were HSK 641/647-650, but not necessarily in the order they are now registered, if you get our drift. Rather like an old favourite Morecambe & Wise sketch, the numbers and letters are all there, but not necessarily in the right order! 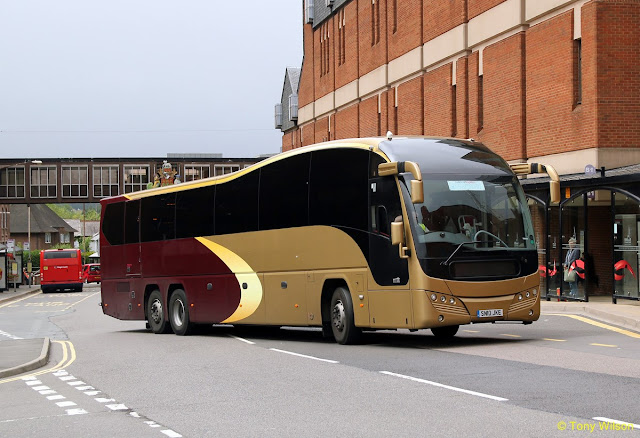 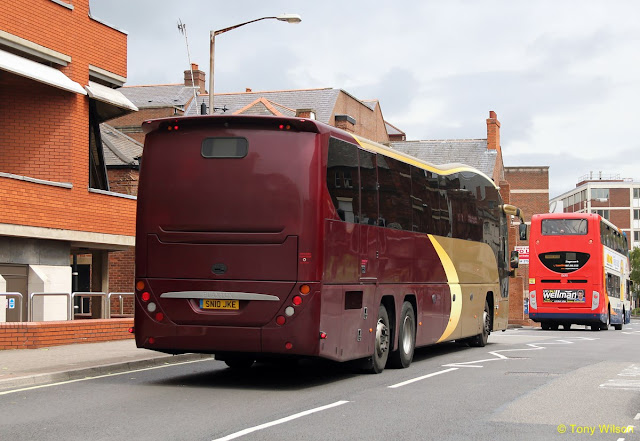 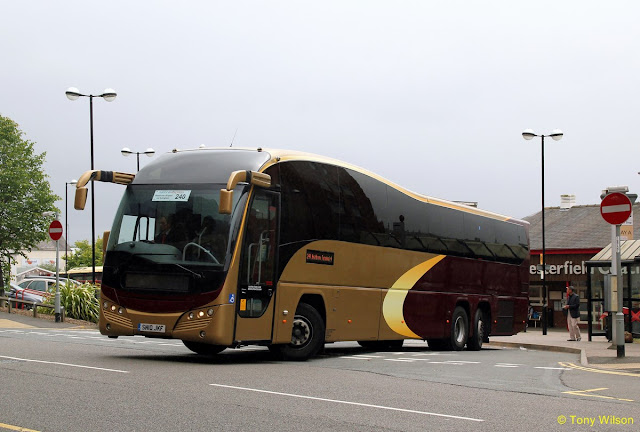 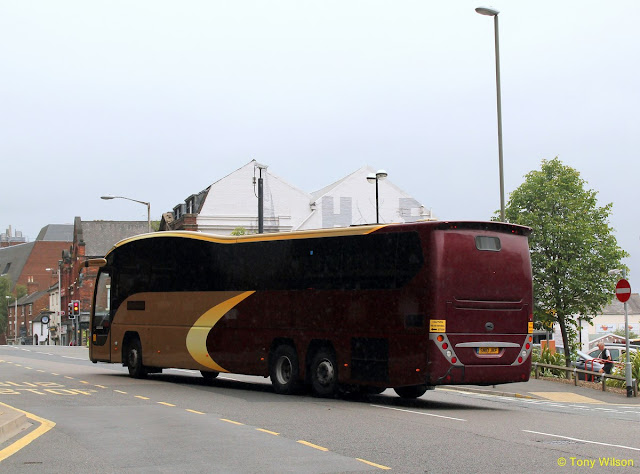 And finally.
Around the same time one other tri-axle coach paid a visit to the coach station. This was a Neoplan Eurorider operated by Andrews of Tideswell. 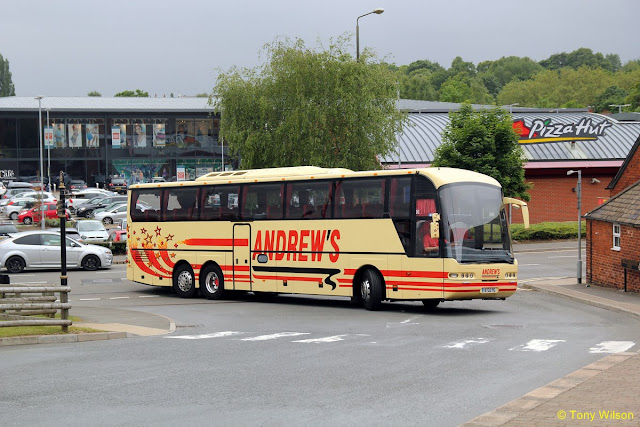 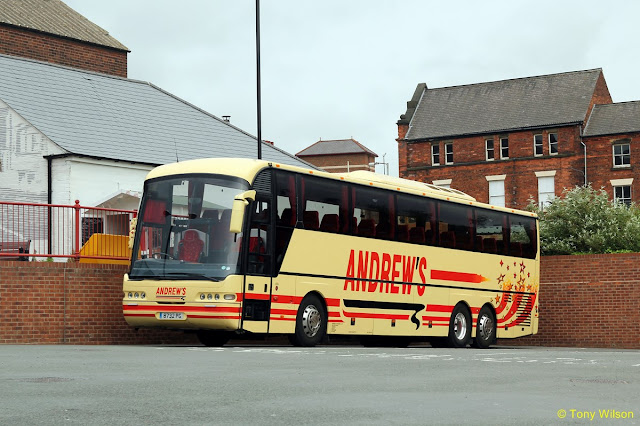