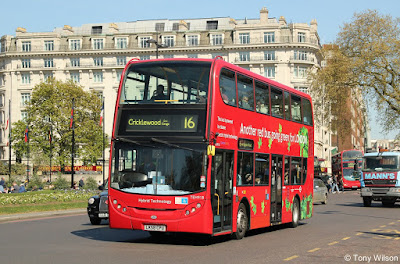 City Hall says the trial, which follows the introduction of 1,300 hybrid electric buses, proves the capital’s status as an innovator in cleaner vehicles.
Mr Johnson confirmed the trial as he hosted a ‘clean bus summit’ attended by representatives and major bus manufacturers from across the globe.
He said: “I could not be more pleased that London will play host to these exciting pure electric double-deck buses, and I’m sure the lucky users of route 16 will embrace it with gusto.
“London is a world leader in clean buses but we can’t do it alone, and events like this Clean Bus Summit are key to making further progress.”
It was also confirmed that route 312, which runs between Norwood and South Croydon, will become the first pure electric bus route in the capital later this year when a fleet of new, electric single-decker buses are rolled-out.
Stephen Knight AM, the Liberal Democrat environment spokesperson on the London Assembly, said the trial was “encouraging” but criticised Mr Johnson’s record in cleaning up London’s bus fleet.
Mr Knight said the first batch the Mayor’s flagship New Routemaster buses were “emitting five times more dangerous NO2 air pollution than the highest standard hybrid buses that now exist.”
And he repeated crticisms of the Mayor’s decision to allow the buses into the Ultra Low Emission Zone despite them exceeding emissions limits.
He commented: This double standard is the price of his irrational obsession with the incredibly expensive New Routemaster bus, when his first priority should be to protect the health of Londoners.”
“The Mayor of London should by now have put hundreds of zero exhaust emission electric buses on London’s roads.” 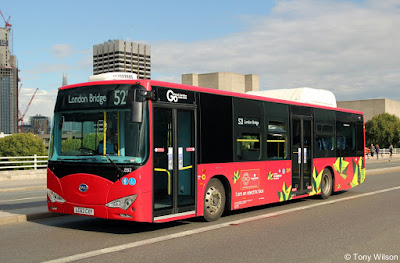