1882 Carriage at Heart of Cornish Bungalow

A bungalow constructed around a refurbished 19th Century railway carriage is going on the market.
The Great Western carriage was placed on a site near Helston in Cornwall in 1930 by Elizabeth Richards, who lived there until she died in 1966. 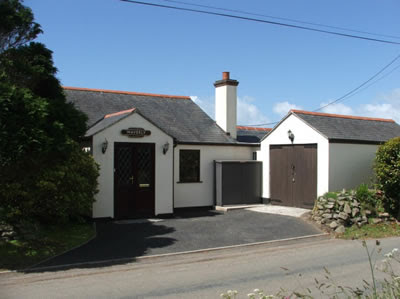 Master carpenter Charles Allen restored the carriage, from 1882, and built a bungalow around it with help from his son-in-law Jim Higgins.
The estate agent in charge of the sale said the construction was "unique".
The antique carriage houses two bedrooms and a bathroom with a kitchen, lounge, sun room and reception hall reminiscent of a railway station platform in the rest of the bungalow.
Mr Higgins said Waverly was a five-door third-class carriage that had kept many of its original features. 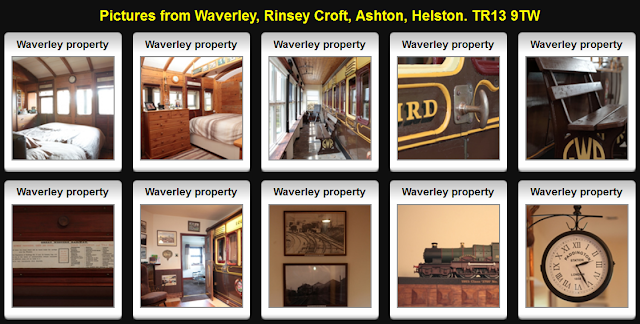 He said the carriage had been "in a right state" when Mr Allen took on the project.
Philip Care, the estate agent handling the sale, said the property, near Ashton, appeared to be a normal bungalow from the outside.
"I've never seen anything like it," he said. "The quality of it is just phenomenal and you can spend hours looking at the details."
Mr Care said the bungalow was a "railway enthusiast's dream".
The bungalow will be sold at a public auction in August.