AN INTERVIEW WITH SIR PETER HENDY

'What matters is that it works': Peter Hendy on TfL, Network Rail and mayors

From the Guardian newspaper 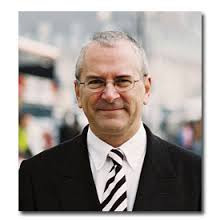 London’s ex-transport chief was hired to fix troubled rail operator – and his first task is to review which parts of a £38.5bn upgrade plan can still be delivered. 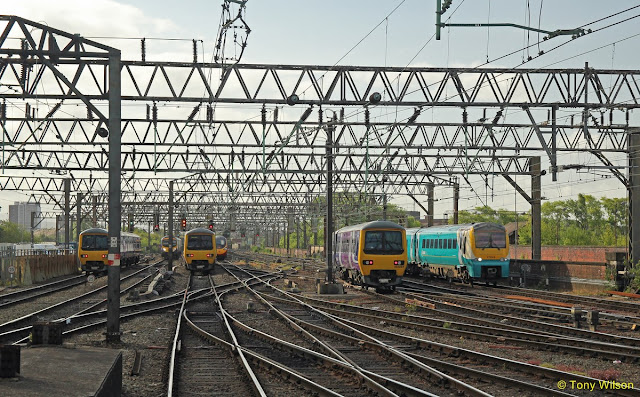 It only took five days. On Saturday 20 June, Sir Peter Hendy was approached to be the new chair of Network Rail. By 5pm on Wednesday he had accepted, and less than 24 hours later ministers were publicly admitting the depth of the crisis in the railways, scrapping pledges of major upgrades and announcing the new faces being parachuted in to run the system.
The speed of Hendy’s move, after almost a decade as London’s transport commissioner, underlines the government’s desperation to get to grips with Network Rail – and left him as surprised as anyone. “No one guessed – in fact, not even I guessed it was going to happen.
Hendy, unexpectedly, was leaving the London role he had made his own. Now, he claims: “I’m adjusted to it, because the truth is the day you say you’re going, everything starts happening around you. You might as well go – there’s no point in hanging around for a farewell party.”
Hendy will be walking out of Transport for London’s (TfL) Windsor House office for the final time next week and is already juggling the two roles, his mobile phone’s “Mind the Gap” ringtone sounding repeatedly. He will earn £500,000 at Network Rail, where his first job is to review what parts of the £38.5bn five-year plan can actually be delivered.
The electrification of two major lines through the Midlands and across the Pennines has been shelved. More projects are likely to follow.

The job may have interrupted his eventual plans for a more convivial Brussels post, but he says: “Doing a four-day week, and someone else in charge on a daily basis, is quite nice at the age of 62. That’s not a bad outcome.”
Yet Hendy will be doing double the workload of his predecessor, Richard Parry-Jones, and is a noted hands-on operator – raising questions about how his role will sit alongside chief executive Mark Carne.
He doesn’t know what he’ll do with his day off; at TfL he texts the mayor every single morning with an update, never off monitoring the system, even at weekends. Management may be, he says, about strategic visions, “but if I go round talking about London in 2030, no one gives a shit if you can’t run the Northern Line to people’s general satisfaction. If you can’t demonstrate that the organisation can function on a daily basis, nothing else you talk about matters – so as a chief executive, watching how it performs is quite important”.
Network Rail’s fundamental issues are similar to London’s, he says: “It’s high intensity, we no longer have an off-peak. When I started 40 years ago, if your bus service was up the creek at half past nine you’d spend the rest of the morning putting it right so it would be OK in the evening – you don’t get that luxury now. And people expect public services to be well provided and the people who run them to be pleasant and helpful.
“What we’ve proved at TfL is that it is difficult, but you can do it.”
TfL has taken in some national rail services as part of London Overground, although Hendy warns that the latest extension east may take a while to improve. “It has been more difficult than we thought because the trains are in such a bad condition – the doors, the kit,” he says. 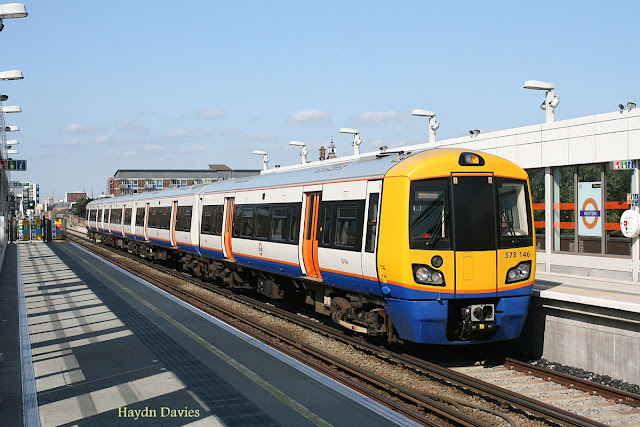 New trains have been ordered. But the leeway to run better services might be tested in years ahead. Hendy says a significant cut to the city’s funding in the spending review is “not even likely, but certain”, and his successors will have to work hard and ingeniously to manage the budget.
He warns that promises of fare freezes from some London mayoral candidates for 2016 are unrealistic. “Ken [Livingstone] used to say,” he adopts a nasal voice, “‘you always want to put up the fares’. I always do, because I want the money to spend on what we do.”
Advertisement
By 2019, Hendy says, London will be operating public transport without any kind of subsidy. “The bus service is a challenge: there is going to have to be some ingenuity to pay for that, because what you mustn’t do is leave people behind.
“That’s how some of my predecessors managed: Camberwell New Road, you couldn’t get on the bus for three quarters of an hour in the morning, because we couldn’t afford to run buses. Not being able to afford sufficient peak services for people to get to work and kids to get to school is not good for the economic health of the city.”
TfL has taken some controversial measures, including ticket office closures, to balance the books. Hendy says this was not just costcutting: “Now you don’t even need an Oyster card,” he says, pointing to his phone. “You can’t envisage this place stuck in aspic when you’ve got massive grant cuts.”
Boris Johnson trusted Hendy enough to keep him in the job when he was elected mayor, when many Tories were urging him to sack someone they saw as Livingstone’s man; now Conservatives have entrusted him with digging Network Rail out of a crisis. Hendy says he is “agnostic” over rumoured quasi-privatisation plans. “What matters to me is that it works well,” he insists.
The difference between Livingstone and Johnson, he says, was “less than anyone supposes really. They’ve got different philosophies, but the job of the mayor is surprisingly similar. They both grasped the essential nature of making the city work.” 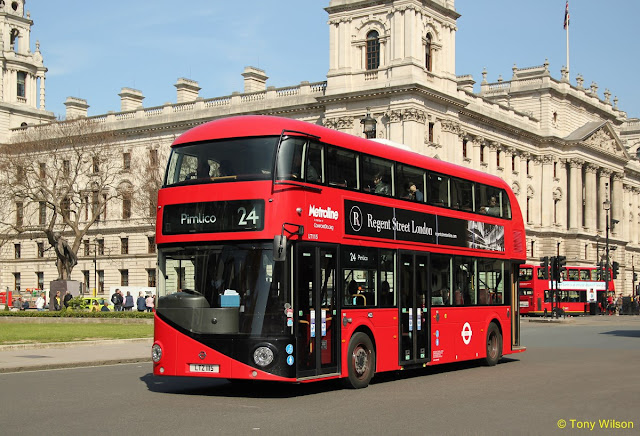 On buses, he says, Johnson has been “just as good”, and even his spectacularly underused cable car escapes overt criticism. Hendy says: “You’ve got the biggest mandate of any politician in Britain, so if you say I’m going to build a cable car, if the commissioner of transport thinks that’s entirely the wrong idea and [you] shouldn’t do it, he should piss off and let someone else do what the mayor wants.” 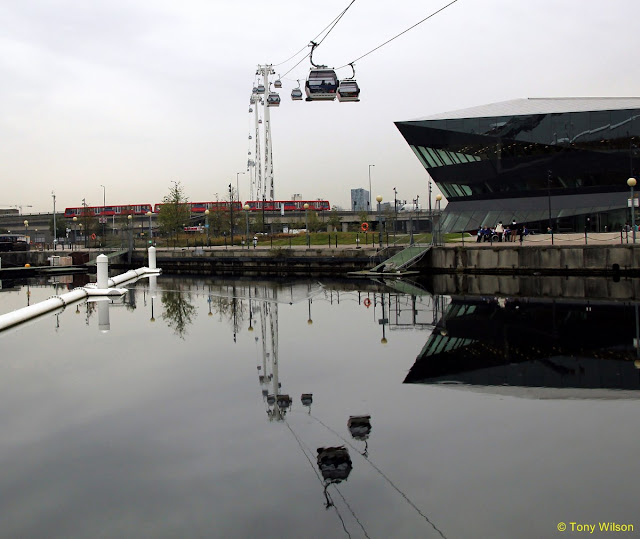 TfL spent millions drawing up plans for a Thames Estuary airport that was icily dismissed by the Airports Commission chair, Sir Howard Davies, as having no support, bar the mayor’s. Hendy refuses to comment: “No, you can ask Boris about that.”
But any airport expansion would need billions more spent on roads and rail than the commission acknowledges, he says – £10bn-plus for Heathrow, or £6bn for Gatwick.
Generally, Hendy believes money has been well spent. Tube upgrades, such as the Victoria line, “leave no one in any doubt we can spend the money correctly”.
Few say the same for Network Rail right now, which is why Hendy – even in the strange circumstances of his appointment – fits the bill. He certainly does not seem a man eager to leave. Asked what he will miss, he looks choked. “I’ll miss everything,” he admits. “I’m going to miss this place terribly. It’s been my life for 15 years. I’m going to miss it a lot.” 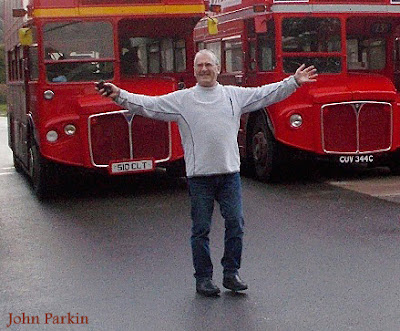