The opening dates have been announced for the fully reopened Birmingham New Street station and the new shopping centre above it. 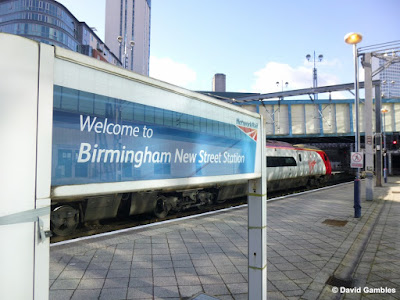 The station's new concourse will open on 20 September on the site of the old one near the Bullring shopping centre as part of a £650m development.
Grand Central, formerly the Pallasades shopping centre, will open on 24 September following a £150m scheme.
It includes a £35m John Lewis store and more than 60 other retailers.
Natural light will filter through a new 114ft (35m) high atrium on top of the station - the first time the station will be lit in that way for 40 years.


Building work began in 2010 and in April 2013 half of the new concourse opened.
Sir Albert Bore, leader of Birmingham City Council said: "The development has... provided a gateway to opportunities for many Birmingham people, with over 3,000 construction jobs created, including over 115 apprenticeships.
"Birmingham New Street station has undergone a magnificent transformation to become a vibrant, spacious and bright transport hub suitable for our city, and for the people of Birmingham to be proud of."
More than 60 shops, restaurants and cafes will open, including the 250,000 sq ft (23,226 sq m) John Lewis store.
It will be one of the biggest John Lewis department stores in the UK.