London buses to trial speed safety technology
Cutting-edge new technology that is designed to reduce speeds and increase vehicle safety will be trialled on London’s buses next month, as part of the Mayor and Transport for London’s (TfL’s) continuing work to halve the number of people killed or seriously injured on London’s roads.
The Mayor and TfL announced today that Intelligent Speed Adaptation (ISA), an innovative technology that ensures vehicles can’t exceed speed limits, will be trialled on 47 London buses in a UK-first.
The new technology, which was outlined in London’s first Pedestrian Safety Action Plan last year, recognises speed limits on the route using TfL’s Digital Speed Limit Map of London, and ensures that the bus is not able to go any faster.
The UK-first trials will take place on two routes - route 19 (which runs from Battersea to Finsbury Park) and route 486 (which runs from North Greenwich to Bexleyheath). These routes include a variety of different road environments, with differing speed limits, which will allow the new technology to be fully tested. 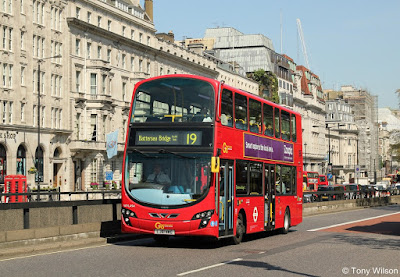 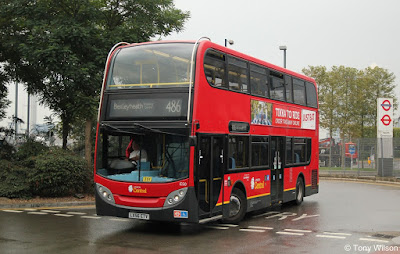 This will allow TfL to understand the effectiveness of ISA in promoting speed compliance across the road network and improving safety. The trials, which run until autumn, will also seek to understand the attitudes of drivers and passengers to the technology. If successful, ISA could be introduced across London’s 8,700 bus fleet.
The Deputy Mayor of London for Transport, Isabel Dedring, said: “London’s buses are central to keeping the city moving and our fleet is one of the safest in the world. However, with nearly 9,000 buses on the Capital’s roads it’s clear they have a major role to play in continuing improvements in road safety. This trial is a great example of how we’re harnessing innovation and new technology that will aide bus drivers on the job and help to improve the safety of other road users.”
Leon Daniels, Managing Director of Surface Transport at TfL, said: “London’s bus drivers are some of the best trained in the world, carrying more than 6.5 million passengers a day. However, in a city that is becoming increasingly busy, it is important that we do everything we can to make our roads safe for all.
“Intelligent Speed Adaptation improves road safety by reducing incidences of speeding for all road users, allowing drivers to focus on looking out for potential issues on the road rather than checking their speed limit. If this trial confirms that this technology could be beneficial to the safety of London’s roads, it could be introduced across our bus fleet.”
Jack Skillen, London Director of Living Streets, said: “It’s critical that we make walking safer and easier as a way of improving people’s health and wellbeing. We are pleased to see measures like the Intelligent Speed Adaptation being implemented on London’s bus fleet and the introduction of more 20 mph limits to help reduce road danger and make our streets safer for pedestrians.  We have been working closely with TfL to put the Pedestrian Safety Action Plan in place, and look forward to seeing the roll out of ISA more widely across London.”
Phillip Shadbolt Chairman of Zeta Automotive, said: “The team at Zeta Automotive are proud to be working with TfL during this trial to evaluate the impact of our Intelligent Speed Adaptation technology on speed compliance and improved road safety.”
The data informing the ISA trials will come from TfL’s Digital Speed Limit map of London, which was re-launched last year to help spur the development of the next generation of in-vehicle technologies and mobile phone apps for the road. Making such information openly and freely available, and keeping it accurate, means existing services such as sat-navs and GPS can provide drivers with the correct information on the speed limit of the roads they are travelling on. This will give road users greater certainty and help to improve road safety.
London is continuing to lead the way in trialling innovative technology on buses. As well as developing the New Routemaster bus, the greenest bus of its kind in the world, earlier this year, state-of-the-art technology to allow passengers to know how many seats are still available on the upper deck was installed on the route 59. Last summer, TfL also carried out trials of pedestrian and cyclist detection technology on buses. Following these trials, a follow-up project is being planned to determine the role of this safety technology in preventing vulnerable road user injury on London’s roads.

Transport for London (TfL) has confirmed Apple Pay can be used on London’s public transport system when it launches in the UK next month.
TfL was the first public transport provider to accept contactless payment cards and will continue this record of innovation by becoming the first to accept Apple Pay. TfL developed the contactless technology needed to travel on its services in-house and is leading the way with over 100 million contactless journeys made on its services since it launched in September 2014.
One in ten contactless transactions in the UK are made on TfL's network, making TfL one of the largest contactless merchants worldwide and over four million unique credit or debit cards have been used on TfL services so far. More than 1.2 million contactless transactions are made each day on TfL services – representing 17 per cent of pay as you go journeys. This high level of take up continues to drive the use of contactless elsewhere in the retail, food and leisure industry.
TfL's Director of Customer Experience, Shashi Verma, said: “With around one in ten of all contactless transactions in the UK now taking place on our transport services in London, we are delighted to welcome Apple Pay as another new and convenient contactless way for our customers to pay for their travel. I would encourage anyone who uses pay as you go to try contactless. There's no need to top-up, just touch in and out with your mobile device, credit or debit card.”
For more information on Apple Pay, visit: http://www.apple.com/uk/apple-pay/

Contactless is a quick and easy way to get around on transport services in London. It removes the need for customers to top up, and is a secure means of paying for travel with multiple layers of security protecting against fraud.
Customers using contactless pay the same adult-rate pay as you go fare as Oyster and benefit from having their fares capped - this automatically calculates the best value for their contactless travel in a day or over a seven-day period from Monday to Sunday. 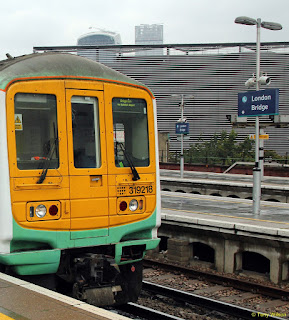 Oyster will continue to be available, with contactless payments being another option that lets customers travel without the need to top-up their Oyster credit. The next part of TfL's plans to revolutionise ticketing concentrate on how the benefits of contactless can be brought to Oyster, to ensure all customers experience the same convenience.
More information on contactless payments can be found at www.tfl.gov.uk/contactless

Staying in London. Yesterday Friday 10th July, the Royal Air Force provided a special line-up for the flypast over Buckingham Palace to mark the Battle of Britain 75th anniversary.
Four Spitfires, two Hurricanes and four Typhoon jets will flew over Buckingham Palace at 11:45 showcasing the RAF aircraft securing UK skies then and now. The flypast followed an enhanced Changing of the Guard by the Queen’s Colour Squadron, which began shortly after 11:00. 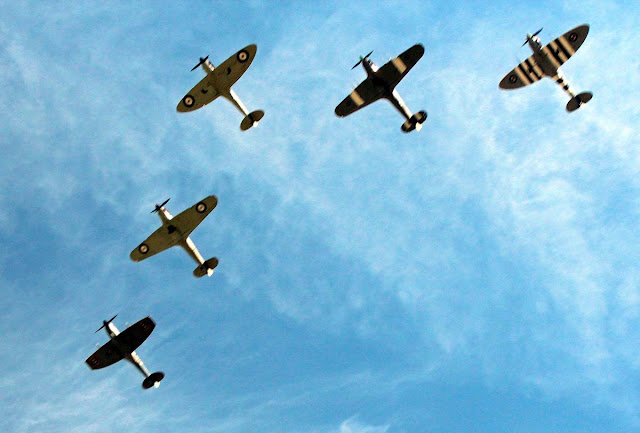 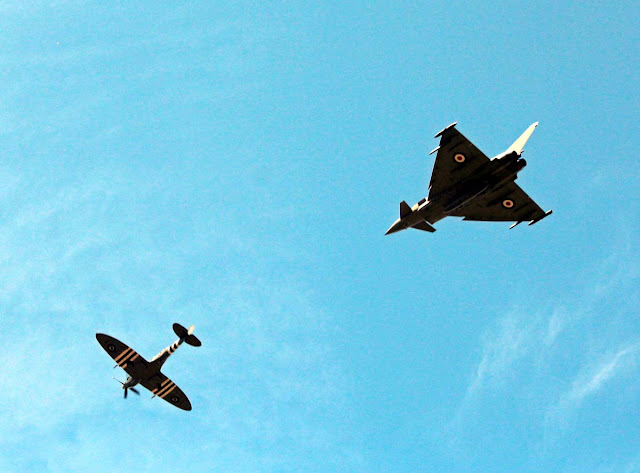 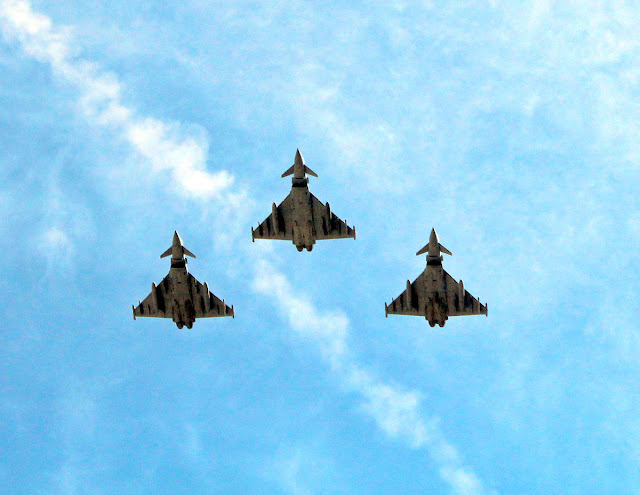