FRANCHISE BIDDING IN THE EAST MIDLANDS

Notts and Derby bid for franchise


Hard on the heels of the announcement that Cornwall is to be the first in line to be granted devolved powers, which include control of public transport, comes news that 19 East Midlands authorities have made a similar joint bid.
Under the banner of D2N2 (the two main Derbyshire and Nottingham authorities) Local Enterprise Partnership (LEP), a “unique devolution deal” is being offered by the two Combined Authorities.
There are three main strands to the devolution: A Free Trade Zone, in association with East Midlands Airport; an Investment Fund, to finance infrastructure to help businesses; and “London Style Transport Powers for bus franchising to better manage and re-balance the network, the devolution of traffic management powers to allow more efficient operation of local roads, and direct influences over the management and programming of enhancements to the motorway and trunk road networks.”
This last, breathless statement, covers a wide remit, and looks to be very expensive. Crucially though, much of the area is already covered by two of the country’s best bus operators, with a clutch of awards to their names, and siting at the top of the independent Transport Focus Passenger Satisfaction league tables.
What, possibly, could be so wrong?

Who’s involved?
The D2N2 LEP covers Derby, Nottingham and the two shire counties. As well as being supported by respective city and county councils and the Chamber of Commerce, there are also 15 local authorities, a mix of borough and district councils: Amber Valley, Ashfield, Bassetlaw, Bolsover, Broxtowe, Chesterfield, Derbyshire Dales, Erewash, Gedling, High Peak, Mansfield, North East Derbyshire, Newark & Sherwood, Rushcliffe and South Derbyshire. That’s a lot of politicians.
The devolution plan, which has been delivered to the government in the hope of winning its approval, would provide a two-tier devolution and claims to help create 55,000 new private sector jobs. It says “the Core City LEP area, comprising Derby, Derbyshire, Nottingham and Nottinghamshire (D2N2), has already identified itself as the UK’s most inspirational postcode.”

What are the plans?
The Devolution prospectus says: “The creation of an integrated transport system that includes powers for bus franchising to better manage and re-balance our network; the devolution of traffic management powers to allow more efficient operation of local roads, and direct influence over the management and programming of enhancements to the motorway and trunk road network.
“This will be underpinned by a 10-year transport funding allocation to create certainty and stability through long-term planning. Providing better connectivity, especially in our rural and hard-to-reach areas, will ensure better and more affordable access to employment for all our communities.”
It also talks about wanting new trains on the Midland Main Line and connections with the proposed HS2 rail link.

It adds: “In both rural and urban contexts we need co-ordination and local influence over decisions on investment and deployment of current and future resources if we are to achieve this.
“Better management of our bus system will allow us to ensure adequacy of service in rural areas, whilst removing the negative impacts of destructive competition that undermines investments in quality improvements in urban areas, such as the expansion of the Nottingham Express Transit system.” The latter statement suggests that it would ban bus operators from offering services that parallel the tram route.
It adds: “This is not merely a case of spending more money, although a re-balancing of national transport spending towards the area is requested,” before going on to point out that the East Midlands has 9% of the UK population and 6% of transport spend, compared with London’s 16% of population and 32% of transport spend.
Calling for “London Style Bus Franchising Powers” the D2N2 LEP claims that in “urban areas competition is stifling co-ordination and more efficient movement of passengers. In rural areas a lack of service provides challenges in connecting people with employment.” This is a curious comment, and does not seem rooted in fact.
It adds: “A better-regulated and re-balanced bus network will establish a stable high-quality public transport network and allow a simpler, fairer integrated smart ticketing approach across the D2N2 area, offering the potential to target discounted fares and other special offers, opening up new employment opportunities and broadening travel horizons from areas where employment levels are significantly below the national average.”
To achieve this, it wants:

It says its rationale for this is that “there has been a significant shift in the deregulated bus market over the past three years with an increase in the number of competing operators. This has led to significant problems of market failure and inefficiency which work against the public’s interest and wider local council policies in terms of raising the quality of provision.”
It says the beneficiaries of its plan will be: “An improved offer to the travelling public; opportunities for more discounts and offers for unemployed citizens, and benefits for other road users.” 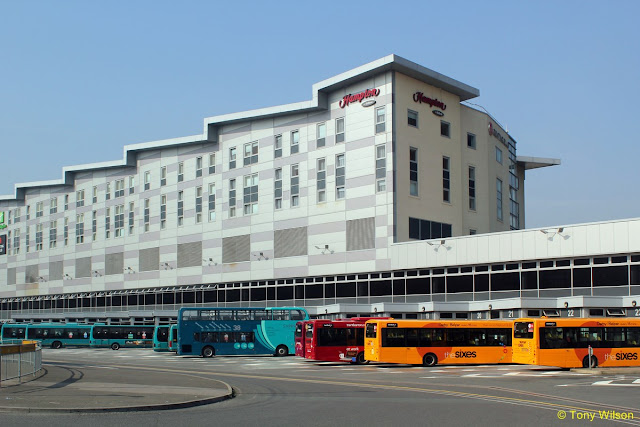 Unsurprisingly, Nottingham City Transport (NCT) – which is owned by the council – has declined to comment; however Wellglade Deputy Chairman Ian Morgan has not held back. Wellglade runs Trent Barton, Notts+Derby, Kinchbus and TM Travel.
He says: “Trent Barton enjoys a close working relationship with Nottingham City Council and the other D2N2 authorities. We have made it clear to them that we support devolution but their proposal for London-style franchising powers is a very expensive option which will achieve nothing that can’t be better achieved in partnership at no cost to the public purse.
“We have also made it clear that the reference in the Devolution Prospectus to market failure is simply not credible given that:

Concludes Mr Morgan: “This is not market failure!”