IT'S NOT GETTING ANY BETTER IN MALTA

From the Malta Independent

A bus driver recently changed the bus route number after an argument with a woman passenger made him realise that the wrong number was showing on the front of the bus.
Posting on Facebook, a man who was on the bus said he had caught the route 45 bus from Triq Mannarino Birkirkara to go to St Paul’s Bay. As the bus was heading towards Attard, a woman embarked and asked the driver – “Does this head to St Paul’s Bay?”
According to the post, the driver said no and explained that the bus was actually a route 43 heading towards Naxxar. The woman then proceeded to ask “How could it be?” and added that the front of the bus showed the number 45.
The driver then said that this is not possible, as the bus was going along route 43. The driver exited the bus, realised that the number 45 was showing, re-entered the vehicle and changed the number. At this point, the person who posted the incident on Facebook asked the driver whether this was a 43 or 45 bus. The answer received was – “This is a 43 bus. If you want the route, 45 get off here”.
At this stage, the post read, nearly all passengers exited, not without commenting harshly about the service offered.
This is one of the many incidents that have hit the public transport service over the past weeks. Many have complained about overcrowding, delays, buses that do not complete their journeys and long queues.
Passengers have also complained that they have still not received their tallinja card, and are therefore still paying for the service at a higher rate than they should. 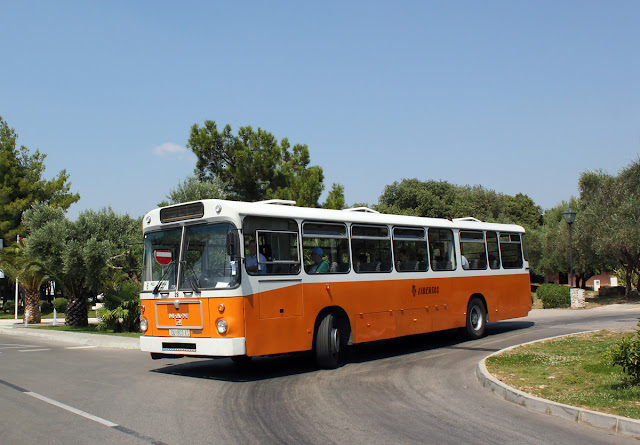 Staying foreign parts Paul Gooderson recently visited Bosnia, Croatia and Montenegro. The towns and cities of Budva, Dubrovnik, Mostar, Split and Trogir were the focus of his visit and a selection of modern bus and coach images can now be viewed by clicking here