One-off Chance to Take The Steam Train to Paris

Lovers of a more glamorous age of travel will have a unique opportunity this autumn to travel from London to Paris by steam train, boat and then steam train again in a recreation of the luxury ‘Golden Arrow’ service that linked the two cities between 1929 and 1972.
The trip will commence at 7am at London Victoria on Friday October 9 and will involve travel by steam train to Dover via Ashford, Canterbury and Deal, a trip across the Channel by P&O ferry to Calais and a further journey to Paris by steam train in the ‘Flèche d’Or’ (the French name of the service), via Abbeville, with arrival at the Gare du Nord in the early evening. The return trip is scheduled for two days later. 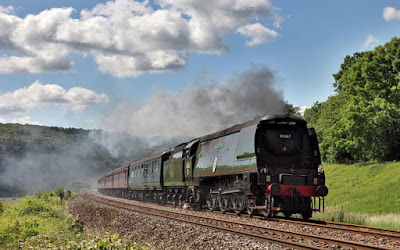 On the British leg of the journey, the ‘Golden Arrow’ will be steam hauled by either the 1947, Brighton-built, Battle of Britain class No. 34067 Tangmere or the 1951, Crewe-built Britannia Pacific No. 70000 Britannia. The coaches will be First Class Mark 1 open carriages dating from the 1950s, including one Pullman coach.

In France, the Flèche d’Or will be hauled by the ex-Paris-Lyon-Méditerranée ‘Pacific’ steam locomotive No. 231 K8 and the train will be comprised of SNCF coaches, some dating back to the 1930s, including a Pullman coach and a genuine wagon lit day coach. 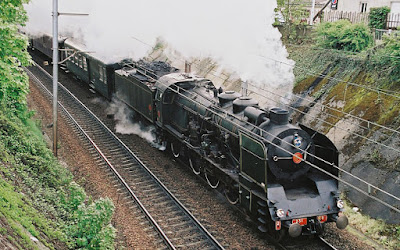 The re-constituted ‘Golden Arrow’ service has been painstakingly put together by The Railway Touring Company, a firm specialising in tours and day-trips by steam train in the UK and beyond. Given the tricky logistics, it will almost certainly be a one-off.

The company’s MD Nigel Dobbing said: “We wanted to do something a bit different. We run lots of steam in this country and thought it would be fun to take it further and go across to Paris. Everyone loves Paris, it’s a good destination, and this re-staging of The Golden Arrow and Flèche d’Or should be an enjoyable and nostalgic reminder of the boat trains which ran before the Channel Tunnel opened. But it really has been quite a challenge to re-stage this iconic journey, so I think it’s unlikely to happen again.”
The original Flèche d’Or service was introduced in 1926 as an all-first-class Pullman service between Paris and Calais. Three years later Southern Railway introduced the equivalent between London and Dover. The train usually consisted of 10 British Pullman cars, hauled by one of the Southern Railway’s Lord Nelson class locomotives, and took 98 minutes to travel between London and Dover. Ordinary first- and third-class carriages were added in 1931. Similarly the first-class-only ferry, Canterbury, was modified to allow other classes of passenger.
In 1961, the train became electric-hauled but a steady decline in demand for rail travel between London and Paris saw the last Golden Arrow service run on September 30 1972.
For the post-war generation - and the one that followed - however, the boat-train service linking London to Paris was a rite of passage, and though the journey took the best part of a day, it had an undeniable romance. Even after the ending of the Golden Arrow service, scores of travellers continued to journey by train, boat and train to reach the French capital prior to the introduction of the much speedier Eurostar service in 1994.
Seats in the Pullman carriages for this October’s recreation of the journey have already sold out, but there are still places in First and Standard classes. Prices for the return journey in Standard and two nights in a two/three-star hotel in Paris start at £495 per person.
Further information: The Railway Touring Company (01553 661500; railwaytouring.net).
http://www.telegraph.co.uk/travel/journeysbyrail/11820603/Golden-Arrow-A-one-off-chance-to-take-the-steam-train-to-Paris.html 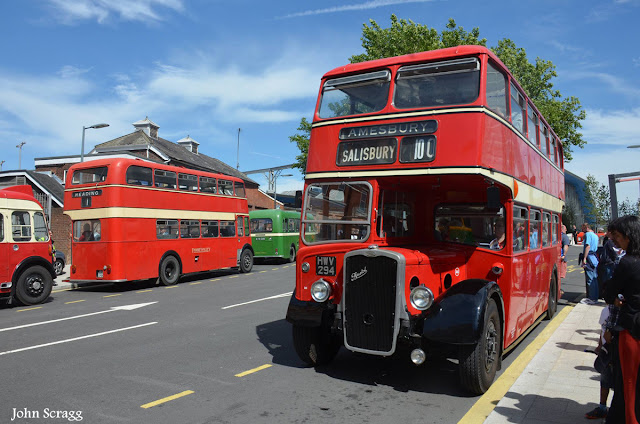 On the 2nd August the Thames Valley centenary display, cavalcade and running day was held in Reading. This commemorated the start of the first bus service between Reading, Maidenhead and Streatley operated by British Automobile Traction, the forerunner of Thames Valley Traction. A fine set of images from Mark Lyons and John Scragg can now be viewed in an album on the new Focus Flickr site by clicking here 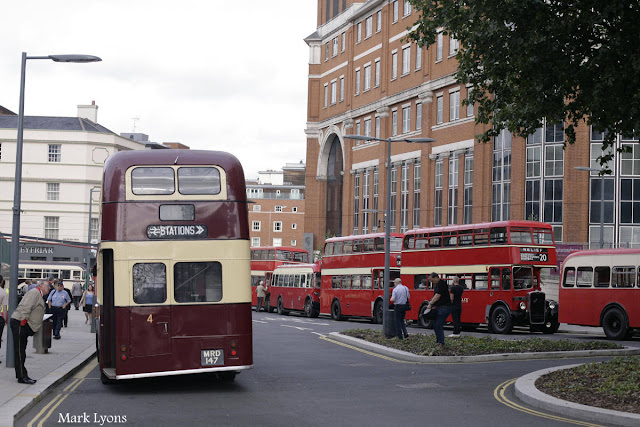