The new £320m rail line linking Oxford and London has opened in a deal between operator Chiltern Railways and Network Rail.
Chiltern Railways says it is the first train line to link a major British city to London in 100 years. 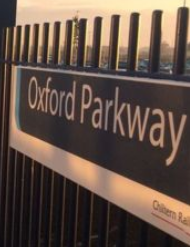 
Network Rail chief executive Mark Carne said the new line would help to boost capacity "as rail travel is forecast to double over the next two decades".