GETTING A LIFT UP IN WEST LONDON 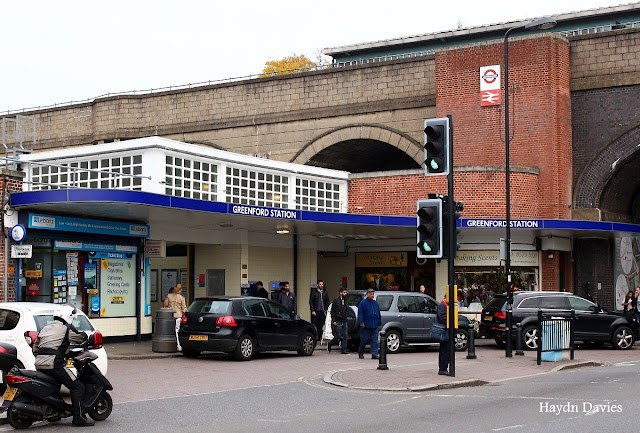 ·         Incline lift travels on gradient alongside escalator and stairs 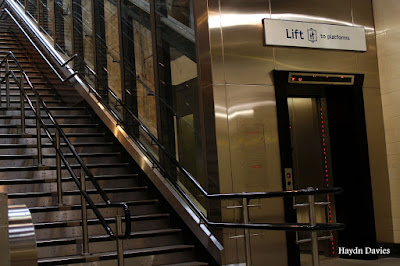 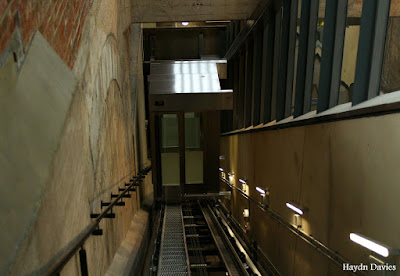 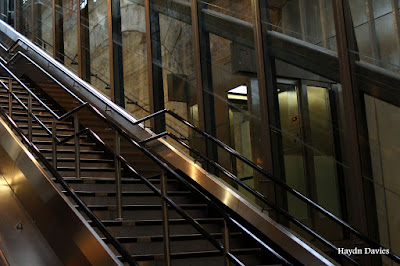 The project is a first for London Underground (LU) and the wider UK rail industry, as the special ‘incline’ lift travels on a gradient alongside the escalator and stairs. This innovative lift is cheaper to install, as it saves the cost of excavating a lift shaft, can utilise an existing escalator space and is 50 per cent more efficient than a standard lift as it only uses half as much power to run.
Ealing Council and LU have been working closely together to deliver the new lift, and its opening makes Greenford the 67th step-free station on the London Underground network. Earlier this year, the Mayor brought forward a target for more than half of stations on Transport for London’s (TfL’s) underground and rail network to be step-free by 2018.
Isabel Dedring, Deputy Mayor for Transport, said: "The Mayor has set an ambitious target of ensuring that more than half of TfL’s stations are step-free by 2018. This lift is the first of its kind in the UK and a great example of one of the many innovative projects now underway to achieve that. We’ve got one of the most accessible public transport networks of any major city, but more needs to be done to ensure people can get around our city easily. That’s why we’re working hard to install a raft of measures, such as new lifts, raised platform sections and low-floor trains at TfL Tube and rail stations across the Capital.”
Although the new lift is not suitable for every location across the Tube network, similar lifts are already being installed as part of the Crossrail stations at Farringdon and Liverpool Street. TfL is also examining where else they could be introduced on the Tube in the future.
David Waboso, London Underground’s Director of Capital Programmes, said: “The new incline lift is spacious, quick, and provides much-needed step-free access to our customers at Greenford. It is cheaper to install and cheaper to run and I am hopeful we can introduce this innovation elsewhere on the Tube network in the future.”
Ealing Council’s Cabinet Member for transport and the environment, councillor Bassam Mahfouz, said: “It's fantastic news that residents in Greenford and this part of west London now have step-free access to the Tube.
“It will mean the world of difference for thousands of local residents, especially those who are disabled or travelling with young children, some of whom will now be able to access London for the first time in their lives because of this new lift.
“I am delighted that we've been able to work with TfL to deliver a UK first with this innovative incline lift, delivered at a fraction of the original prices considered – a sign of more to come." 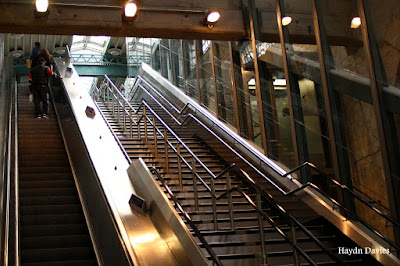 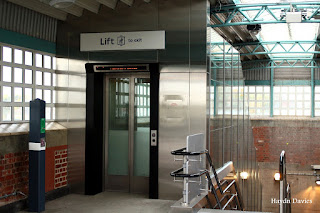 The new lift forms part of a wider project to improve Greenford Tube station, which has also seen a new escalator installed and staircase constructed. The men’s toilet on the platform has also been replaced with a unisex accessible toilet and more lighting and better signage has been installed.

Ruth Owen OBE, Chief Executive of Whizz-Kidz said: ‘We welcome Transport for London’s continuing programme of network improvements. It’s encouraging to see more step free Tube stations being introduced, which will help wheelchair users to travel more assuredly, safely, and – importantly – independently. Whizz-Kidz’s London based Ambassadors have been calling for better accessibility to the Underground, and we’re pleased TfL continues to make progress in ensuring that more than half of TfL’s stations are step-free by 2018.’
Around 40 more Underground and Overground stations will become step-free over the next 10 years as part of a £326m investment, which includes funding from the Mayor and London Underground. This will include major stations such as Bond Street, Tottenham Court Road, Vauxhall and Victoria and those delivered through the Step-Free Access Partnership Fund.
By 2018, when the projects at Bond Street and Tottenham Court Road will be complete and Crossrail opens, customers from Greenford will have a step-free rail route into the heart of the west end, with interchanges to Crossrail and the Jubilee and Northern lines.
The number of journeys made by step-free routes each year is expected to almost treble, from 77 million now to 227 million in 2023. 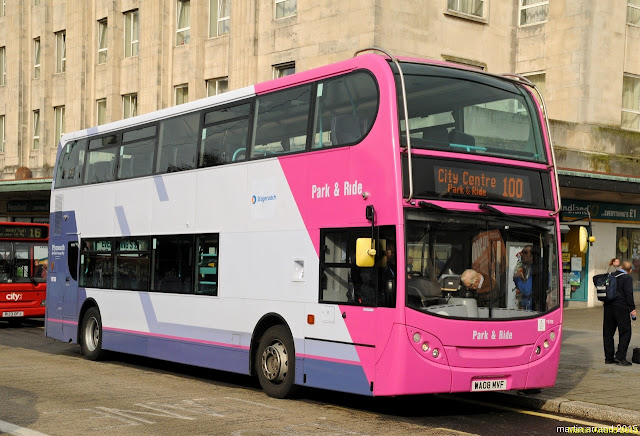 Martin Arrand recently spent a week in Cornwall but found time to hop back over the border into Devon and the City of Plymouth. However, do not be fooled by the bus image above as Stagecoach absorbed the First Group operations a short while before Martin's visit. A set of images can now be viewed in an album by clicking   here