WHY DO WE WEAR A POPPY?

In the chaos of war, much of nature was destroyed but the poppies survived and bloomed in the fields where so many young men had died. In 1915, a Canadian doctor named John McCrae was treating soldiers wounded during the war and noticed the poppies blooming amongst the gravestones. Touched by the sight, he was inspired to write the poem, “In Flanders Fields”.


Today we wear poppies and often read the poem each November in memory of those who served in war.


Although the Canadian doctor’s poem inspired the poppy-wearing, it was an American woman named Moina Michael who decided to use the poppy as a symbol of everything that was going on. She vowed to wear a poppy every year in remembrance and inspired others around the world to do the same.
As the years have progressed, so has the wearing of the poppy, not only on the person but in other ways. One impressive way is the overall display applied to buses along with larger versions of the tradition poppy on the fronts of other vehicles. 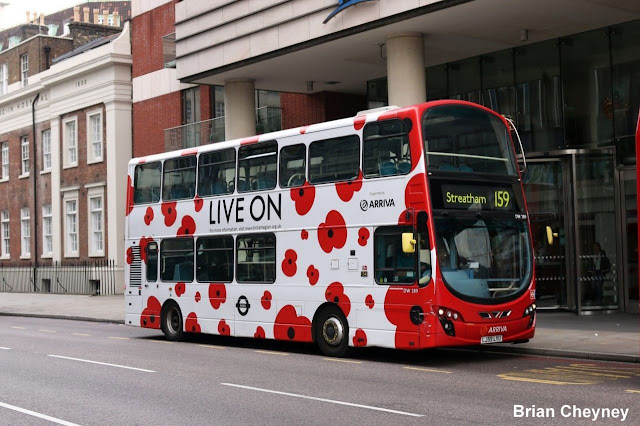 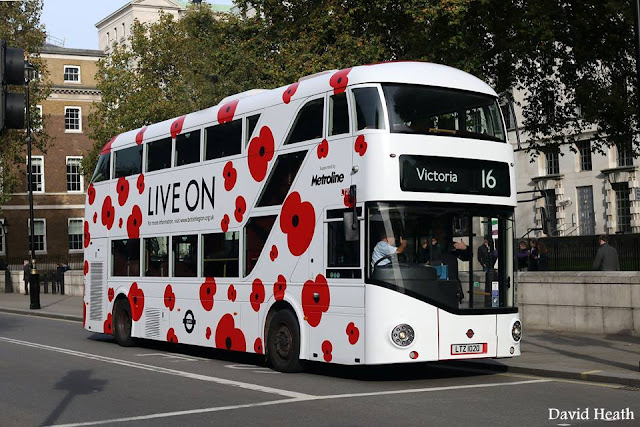 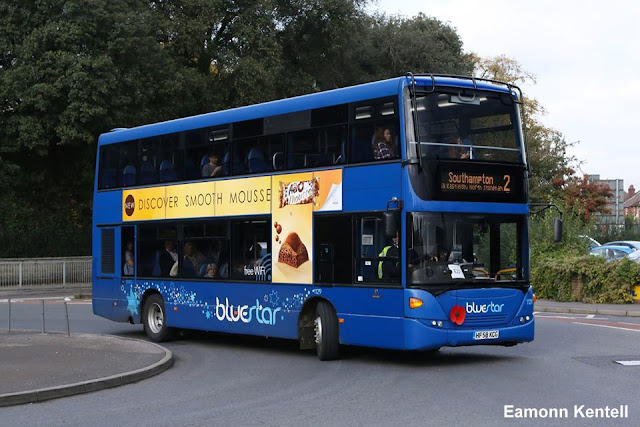 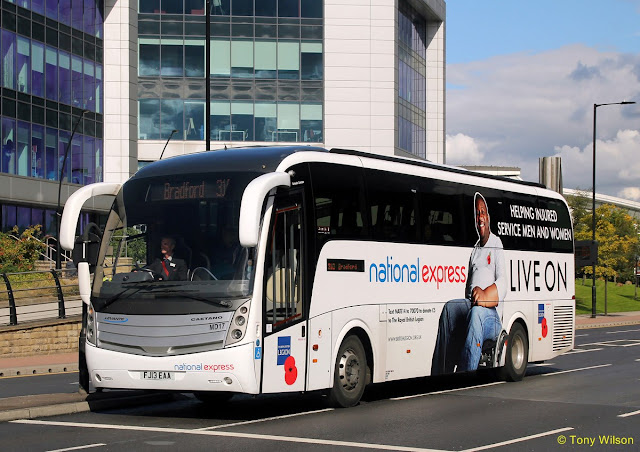 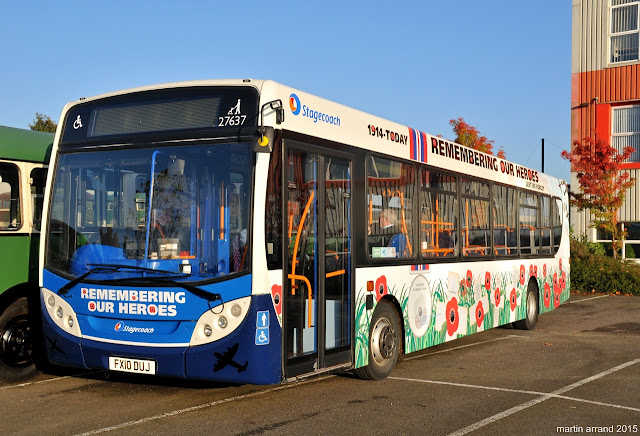 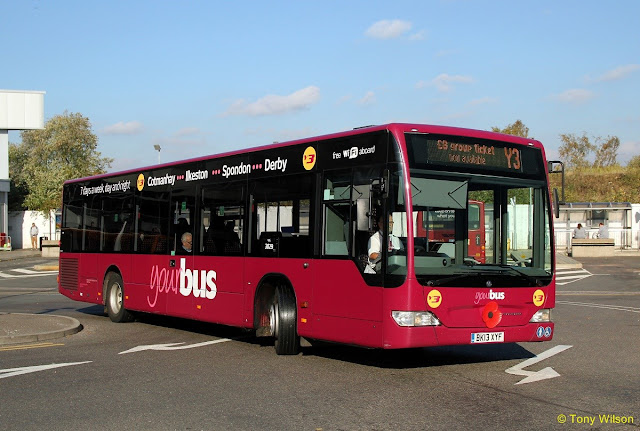 In addition, on the 29th October there was a special operation by a London Routemaster (original design), on route C2 (Parliament Hill Fields & Victoria). Sir Peter Hendy kindly leant his own bus RM 1005 for the ocassion, which he drove for part of the day, in order to raise funds (£344.00p), and awareness of the Royal British Legion Poppy Appeal. Russell Young conducted and has kindly provided a couple of images. 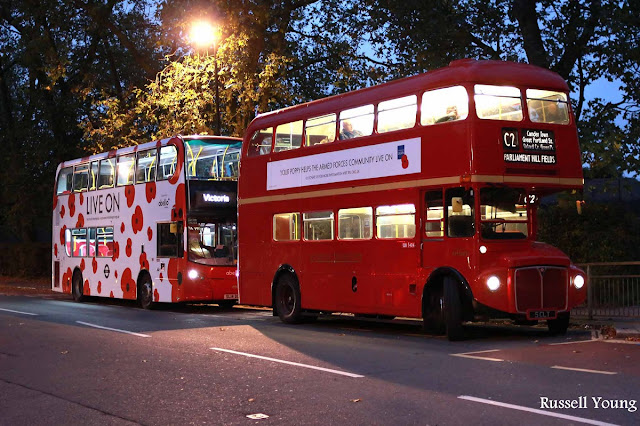 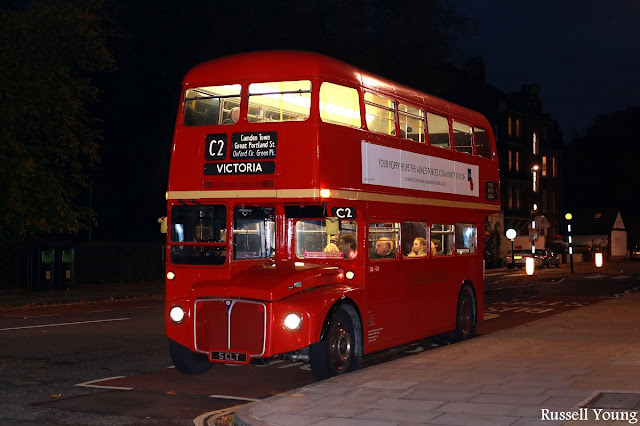 The poem "In Flanders Field"

In Flanders fields the poppies blow
Between the crosses, row on row,
That mark our place; and in the sky
The larks, still bravely singing, fly
Scarce heard amid the guns below.
We are the Dead. Short days ago
We lived, felt dawn, saw sunset glow,
Loved and were loved, and now we lie
In Flanders fields.
Take up our quarrel with the foe:
To you from failing hands we throw
The torch; be yours to hold it high.
If ye break faith with us who die
We shall not sleep, though poppies grow
In Flanders fields.