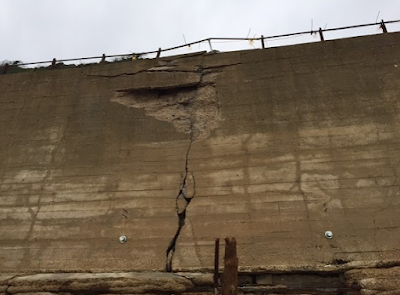 The pictures reveal several major cracks in the wall. One major fault runs vertically down the wall, while others appear to have opened up within the structure.


Meanwhile, potholes have appeared trackside after damage from a high tide.
But, as Network Rail and Southeastern bosses were meeting to discuss the major work required on the railway line the damage was worsening. 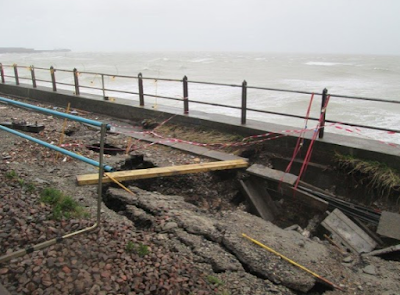 “What I can tell you at the moment is that we’re unable to run trains between Dover and Folkestone directly.
"At present we’re running a rail replacement bus service, a shuttle service and from Dover we’re able to run a conventional mainline service into London Victoria.
“We are making every effort to keep people moving while Network Rail complete the repairs.” 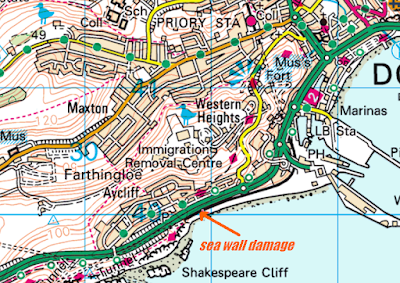 Southeastern is rearranging its timetables to accommodate commuters. The new timetable should come into play on Monday.
From then, Southeastern is also offering free parking at Folkestone West to encourage those travelling from Dover and Deal to drive there where they will then pick up the high speed train. 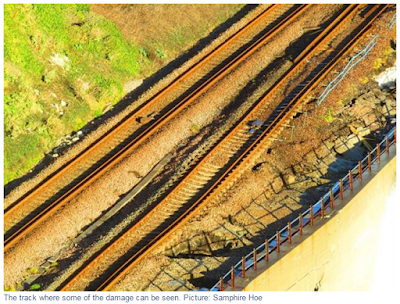 Route managing director of Network Rail Alasdair Coates said the original damage was spotted by track walkers.
He added: “Once every seven days we do a maintenance track walk. The track walkers noticed a crack just before Christmas and that identified the issue.
"Since that time, when we decided to close the railway on Christmas Eve, there has been further deterioration so it was absolutely the right decision to do so.
“I myself have been down here regularly since then and each time I come down I have seen further and further erosion which is why it is so important that we get the track and temporary repairs in order as quick as we can to prevent further erosion.