Shuttle Bus Plan to Deal With A591 Closure

EFFORTS to reconnect the northern and southern Lake District following the closure of A591 due to flood damage have taken a step forward. 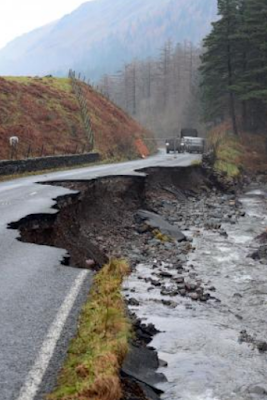 Over the Christmas period work will be done to create a temporary pedestrian and bicycle connection over Dunmail Raise to the junction with the minor road around the western shore of the reservoir.
This will involve upgrading the existing forest road which runs up the eastern side of Dunmail Raise. This new link will connect with a shuttle bus service on the Thirlmere side to and from Keswick. Initially this will only be for school pupils currently cut off from their normal school. The council is aiming to have this up and running for the start of term in January.
Work will then continue to further upgrade this temporary connection so it can be used by the shuttle buses to cross Dunmail Raise. This will allow a full park-and-ride service for local people travelling for work, education and other essential journeys to start.
Likely pick up points will be at Grasmere, Legburthwaite and Keswick. Work has already started and the aim is for this to be operational by the end of January. 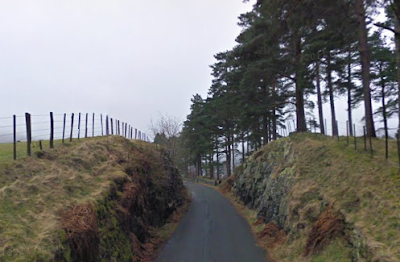 While the western shore road will be open for the shuttle bus, the route will not be open to general traffic because the western shore road is narrow, hemmed in by walls and rocks and simply not capable of handling the 5,000-7,000 vehicles a day that the A591 typically carries.
Plans for the full reinstatement of the A591 are now subject to high level discussions with government and further announcements will be made soon.

There are two main tasks to complete the full reinstatement. The first is the significant, but comparatively straightforward, rebuild of the collapsed section of road on Dunmail Raise. Much more complex is the work required to reinstate the section of road alongside the reservoir.
On this section of road the mountainside has effectively moved and is now unstable. The mountainside will first have to be stabilised before work can start on the carriageway to repair the fundamental structural damage.


A Cumbria County Council spokesman said this is an engineering challenge on a large scale and the approach will need to be sensitive to the location of the A591 in the centre of the Lake District.
Stewart Young, Leader of Cumbria County Council, said: “The A591 is vital to Cumbria; livelihoods depend on it. All of us want to see the full road reopened as quickly as possible but the view from local and national experts is that this is a complicated task that is going to take time. That’s why this temporary connection is so important. It will allow school children, local workers, residents and tourists to move comparatively easily between the north and south Lake District and we know the difference this will make."

"If I could I’d have the A591 open tomorrow, but that’s not the reality. Looking forward we are going to be working very closely with government on this and I can assure everyone that this work will be done as quickly as is possible.”

In the meantime Stagecoach Cumbria have set up service changes for passengers wishing to travel from to Keswick from Kendal, Windermere & Ambleside.
Passengers for Keswick should change at Kendal onto an express service to Penrith Railway Station via the M6. From Penrith the service will meet with the X4/X5 bound for Keswick. This is a major diversion which will impact on the lives of the many residents who normally need to travel along the A591. It is to be hoped that the restoration of the road will be given the highest priority as the damaged road is also a major tourism link which could discourage tourist visiting the area in 2016. 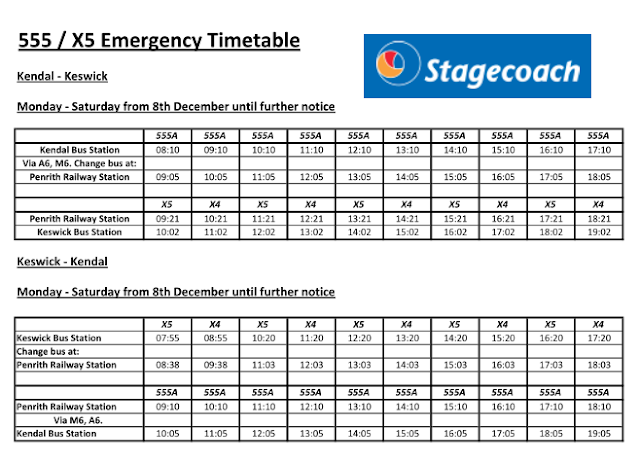 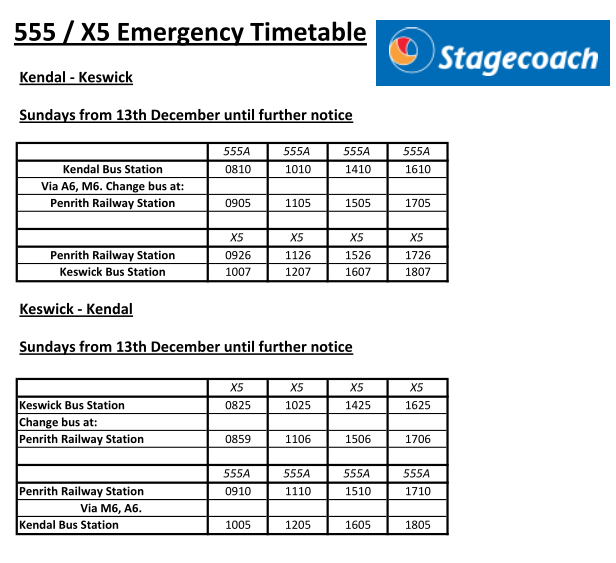