Newcastle City Council could have raised up to £565,080 in fines through a single camera with cash to be spent on the city's roads. 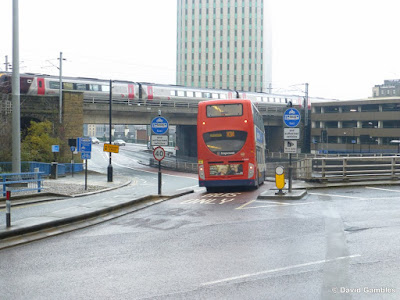 Thousands of drivers have been caught out by a city centre bus lane camera in the first three months since its switch-on.
Figures released under the Freedom of Information Act have revealed a camera stationed at the Tyne Bridge caught 9,585 drivers out from when they went live at the end of July until October 6.
That means on average around 900 motorists a week are receiving fines at the hotspot.
The authority said it could not confirm the amount of revenue raised but, based on costs provided by the council, the total revenue would be between £282,540 if all drivers paid £30 within two weeks, and £565,080 if drivers paid the £60 fine after two weeks.


Newcastle City Council took over the enforcement of bus lanes from end of July this year and since then cameras were introduced on the Tyne Bridge, High Level Bridge, on the Great North Road between Clayton Road and Forsyth Road and at Brunton Lane Bridge, at Great Park, in July, but it is not known how many drivers have been caught out by the other cameras.

Greg Stone, Liberal Democrat spokesman for highways and transport, has sought assurances the council would not be open to a legal challenge on similar grounds to one in York where the council was forced to pay back those that had been fined.

A Newcastle City Council spokesperson said: “We have four live cameras on bus lanes.
“There has been 9,585 penalty charges notices issued on the Tyne Bridge Slip Road bus lane. The cameras are not there to catch out drivers, they are there to help us manage the network and improve public transport reliability.
“All bus lanes are clearly marked and camera enforcement signage are clearly signposted - on all approaches to the bridge.
“However, there are a minority of drivers who are flouting the law, resulting in a fine of £60.

“Any income generated from cameras are reinvested in the delivery of our city’s public transport systems and highways maintenance.”

Focus Comment. Congratulations to Newcastle City Council for commencing enforcement of bus lanes. It is long overdue and should hopefully help to keep public transport moving in such a congested city. Newcastle has become a free for all with unauthorised vehicles clogging up many streets that have limited access. Hopefully motorists will get the message that if they want to enter the city they must abide by the rules and allow priority to those that choose public transport. Hopefully the money from the fines can be ploughed back into acquiring even more cameras. 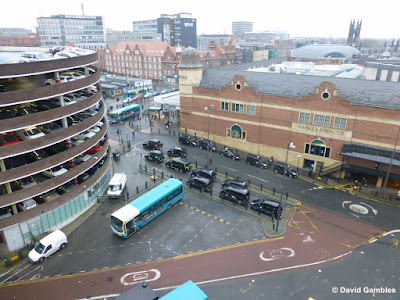 The next move should be removal of taxis from bus lanes. The number of taxis using central taxi ranks in the daytime should be also be restricted, they slowly edge forward to the front of the queue during daytime, polluting the atmosphere as they do.
During the evening it's a different picture with taxis moving large numbers of people and this is when they should be allowed to use bus lanes.
If Newcastle and all other towns and cities are serious about improving emissions some tough decisions are to be made.