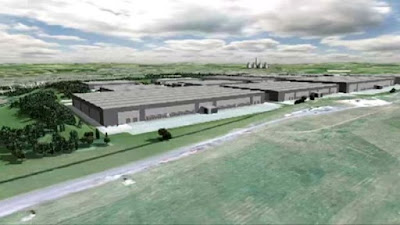 A rail freight hub and warehouse complex has been approved which developers say will create 7,000 jobs.
Transport Secretary Patrick McLoughlin has given the go ahead to the East Midlands Gateway Rail Freight Interchange near East Midlands Airport.
An independent planning committee had previously recommended the 250-acre (101 hectare) scheme be refused.
Opponents said they were "devastated" and would consider applying for a judicial review. 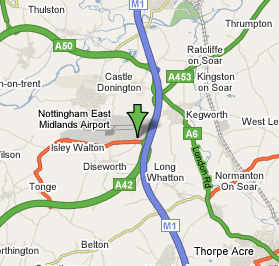 Developer Roxhill has previously said the hub - to be built on farmland between the Leicestershire village of Castle Donington, East Midlands Airport and the M1 - will create 7,000 jobs once it is up and running, handling the equivalent of up to 1,800 lorries a day and acting as an "inland port".

The company also said the East Midlands Gateway was centrally located - close to the motorway and airport - and had easy access to major deep sea ports.
But an independent planning committee, established because of the scale of the project, recommended refusal because; not all warehouses would be connected to the rail network; the warehouses would be built and operational before the rail connection; and there are no long-term plans to increase rail connections.

Minister of State for Transport, Robert Goodwill, acting on behalf of the transport secretary, disagreed with the panel, concluding it did fit within national guidelines.