VDL Bus & Coach have received an order for 40 Citea’s SLFA Electric from the Dutch transport operator Hermes. The vehicles will enter service with its concession Zuidoost-Brabant, in the southern area of the Netherlands. 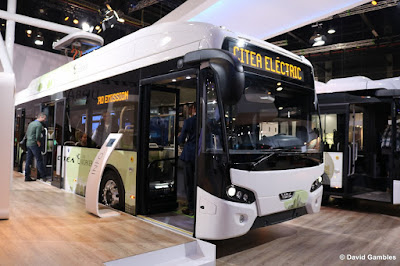 The new buses are part of a scheme to move from conventional buses with combustion engines to totally emission-free public transport during the period 2016-2025. Part of this plan is that the city of Eindhoven will have a totally electric public transport system by 2020.
Operator Hermes claims that the Zuidoost-Brabant concession  will become one of the most advanced public transport concessions in Europe. As a first step 40 Citea’s SLFA Electric will be delivered in December 2016.
The VDL Citea SLFA Electric is a 18.1 metre electrically driven articulated bus with a futuristic BRT (Bus Rapid Transit) body design. 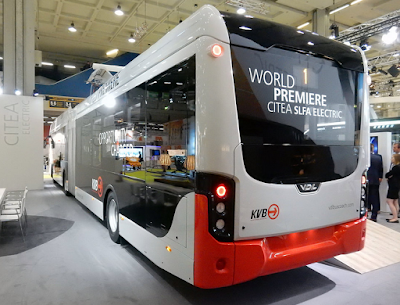 The delivery of the Citea SLFA Electric buses will make the bus fleet of Hermes Zuidoost-Brabant one of the largest zero emission fleets in Europe. Named ‘Evolans’ these buses will travel at such a high frequency that a tram like system will be created. One of the high-frequency lines will connect Eindhoven Airport with the city center of Eindhoven. Another location served by these high-frequency lines is the High Tech Campus.

The replacement of the whole bus fleet of Hermes in Zuidoost-Brabant will be carried out in a number of stages during the concession period. Each stage of the project will make use of the very latest technical developments as they happen, resulting in the highest technical levels for the final charging infrastructure, the functional aspects and vehicle economy.