Crossrail to be Named the Elizabeth Line

Her Majesty the Queen visited the under-construction Crossrail station at Bond Street on the 23rd February coinciding with the announcement that the new railway will be known in her honour as the Elizabeth Line. 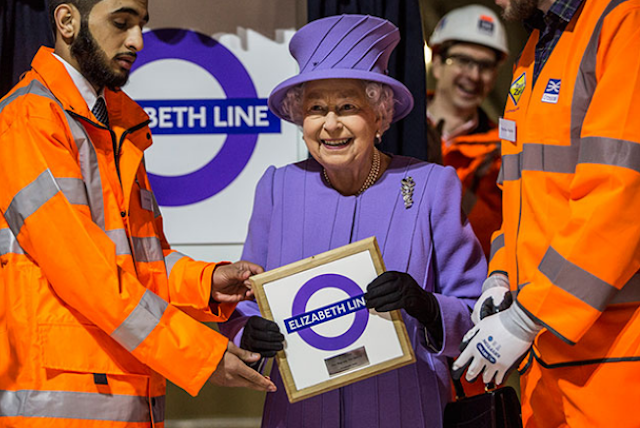 The line will transform travel across the city, boosting the economy by billions of pounds and supporting thousands of new jobs and homes.
The Mayor of London, Boris Johnson MP was joined by Secretary of State for Transport, Patrick McLoughlin MP, London’s Transport Commissioner Mike Brown MVO, the Crossrail construction company’s Chairman Terry Morgan, and Chief Executive Andrew Wolstenholme, as they gave Her Majesty a tour of the Bond Street station site. It will see 24 trains per hour in each direction when the central section of the Transport for London (TfL) run railway opens in 2018. 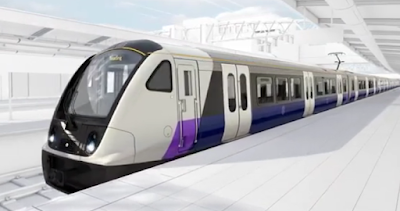 The Queen was presented with a commemorative Elizabeth roundel, and met a wide range of people involved in the construction of Crossrail, Europe’s largest infrastructure project. This included apprentices working on building the railway, engineers fitting out the station and drivers of the trains that will serve the line.
This marks the latest in a long-held association between the royal family and London’s transport network. Her Majesty became the first reigning monarch to travel on the London Underground in 1969, when she opened the Victoria line service.
In 1979, the Jubilee line was officially opened by HRH the Prince of Wales and was named to mark 25 years since Her Majesty’s accession to the throne. In the same year, Her Majesty opened Heathrow Central station (Terminals 1, 2, 3) on the Piccadilly line.
In the aftermath of the 7 July terrorist attack on the London Underground, Her Majesty unveiled a plaque at Aldgate station in 2010 remembering the lives of the 52 victims who had died.
In 2013, the celebrations of London Underground’s 150th anniversary saw HRH the Prince of Wales and HRH the Duchess of Cornwall take a trip on the Underground, and Her Majesty the Queen, HRH the Duke of Edinburgh and HRH the Duchess of Cambridge visit Baker Street station.
The Mayor of London, Boris Johnson MP, said:

"Crossrail is already proving a huge success for the UK economy, and as we move closer to bringing this transformative new railway into service, I think it’s truly wonderful that such a significant line for our capital, will carry such a significant name from our country. As well as radically improving travel right across our city, the Elizabeth line will provide a lasting tribute to our longest serving monarch."

"Given Her Majesty the Queen’s long association with UK transport, it is very fitting that this vital link across our capital will be named the Elizabeth Line in her honour. This is an example of British engineering at its best and will transform the way people travel across London and beyond from 2018, bringing better and faster journeys, while boosting jobs and driving economic growth."


Stretching from Reading and Heathrow in the west across to Shenfield and Abbey Wood in the east, the Elizabeth line will change the way people travel around London and the south east and add much needed new capacity to London’s transport infrastructure. 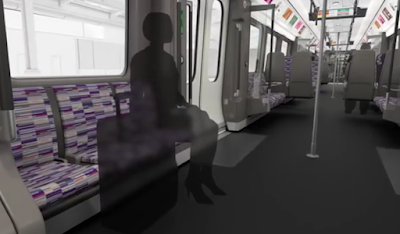 When the railway fully opens it will significantly increase the capital’s rail capacity, carrying over half a million passengers per day. Some 1.5 million people will have better access to the jobs and opportunities of London’s main employment centres, and an estimated £42 billion will have been added to the economy of the United Kingdom.