Work to Start on Bridging The Great Central Gap

Work to reconnect two parts of a railway line which was divided into two over three decades ago is set to begin.

The Great Central Railway, between Leicester and Nottingham, was left with a 500m gap after infrastructure, including bridges, were removed.
A new bridge, in Loughborough, is the first stage to rejoin the 18-mile (29km) railway, described by GCR as the "UK's only main line heritage railway".
The £8m project is due to be completed by 2019. 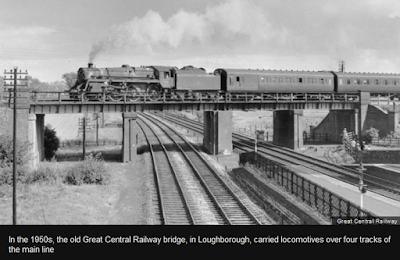 One section of the railway runs from Leicester to Loughborough - the GCR - and the other from Ruddington, in Nottinghamshire, to North-West Leicestershire - the GCRN.
Separating the two railways is the gap where tracks, embankments and bridges were removed in the early 1980's.

History of the line 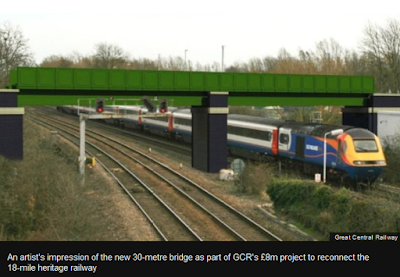 The new 30m bridge will carry a single track of the heritage railway over the main line between Derby and London St Pancras.

Bill Ford, of GCR, said the start of the project was "a very exciting moment".
"We have cherished this vision for decades, so to finally make a start on the ground is very important for us," he said.


Nicky Morgan, MP for Loughborough, will perform a traditional Victorian style "turf cutting" ceremony to mark the start of the work. 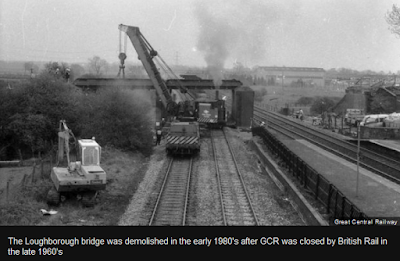 Paul Kirkman, of the National Railway Museum, said: "Leicester had one of the world's earliest railways and was also a hub of the Midland line.
"This joining of the line seems another positive step towards making the area and region rich in railway heritage, and inspiring a new generation to get involved in our nation's railway story."