A programme of investment worth more than £800million over the next three years, which will increase capacity and improve over half-a-million daily journeys, has been officially launched today (23 March 2016) at London Waterloo. 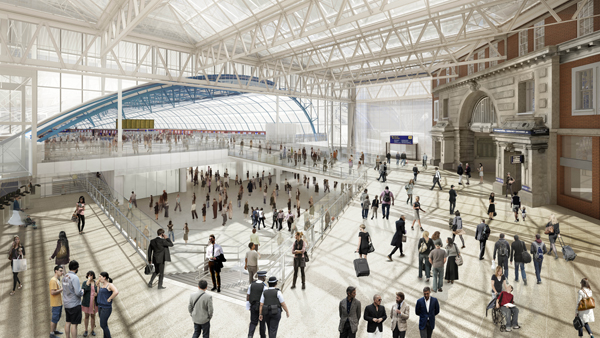 London Waterloo is Britain’s busiest railway station and the main station for one of the busiest railways in the country. The number of passenger journeys has more than doubled in the last 20 years to 234 million per year, and further growth of 40% by 2043 is forecast.
This is the biggest investment for decades and will provide a 30% increase in peak time capacity by 2019. It includes:
The majority of the station and infrastructure improvements are funded by the Department for Transport as part of Network Rail’s £40 billion Railway Upgrade Plan to deliver a bigger, better, more reliable railway for passengers. Investment is also being made in a fleet of 150 new train carriages to create extra capacity for South West Trains passengers.
When these improvements are complete, more trains than ever will arrive and leave London Waterloo every hour during the busiest times of the day – providing more space and better journeys for hundreds of thousands of passengers every day. 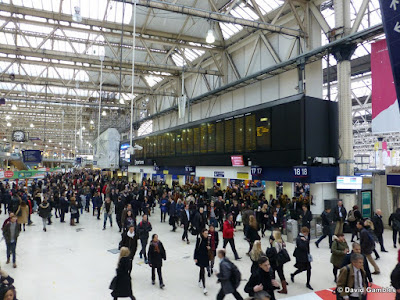 These works will pave the way for improvements to longer distance routes into London Waterloo and long term digital railway systems required to meet the increasing demand for rail services projected.
The improvements at London Waterloo will be complemented by enhancements at Vauxhall and Surbiton stations to increase capacity and improve passenger journeys.
London Waterloo is Britain’s busiest railway station and was used by over 99 million passengers last year. The investment between now and 2019 will:
Transport Secretary Patrick McLoughlin said:
“We are investing £40 billion in our nation’s railway infrastructure – the biggest upgrade since the Victorian times.
“From 2017, passengers will benefit from a bigger and better London Waterloo station and 150 new train carriages providing more space for passengers arriving at London Waterloo over the three-hour morning peak – this is in addition to the 108 extra carriages that have already been added since 2013. These improvements will make journeys better for hard working commuters, in the capital and across Britain.” 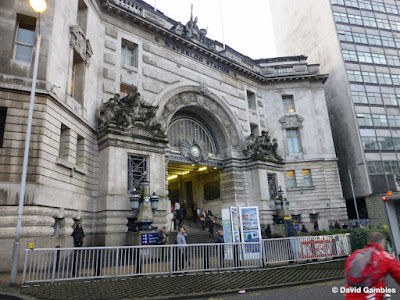 Sir Peter Hendy, Chairman, Network Rail said:
“This is the biggest package of improvements for passengers travelling to and from Waterloo for decades. It will provide passengers with a better station, extra seats and new trains.
“And let’s face it, this is not before time. Since 1996, the numbers of passengers on routes into Waterloo have more than doubled - rising from 108 million passenger journeys a year to over 230 million.  And this increase is showing no sign of slowing down.
“As part of our Railway Upgrade Plan, Network Rail is investing £40 billion to provide a bigger, better, more reliable railway for passengers across Britain. The plans announced today will create a bigger, better Waterloo and improve passengers’ journeys on our most congested part of Britain’s railway.  They are a long way from being the complete answer to the peak time congestion on this packed commuter route, but they will make a big difference.”
Tim Shoveller, Managing Director, Stagecoach Rail, said:
"We are proud to run one of the country’s busiest railways - providing half a million journeys every day - helping to support businesses, communities, families and friends travel across the south west of England. 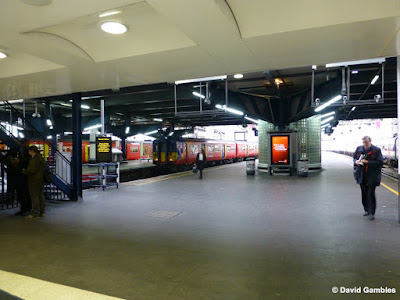 "Since 1996 we have added more than 100 extra train services and 500 extra and vastly improved carriages for journeys to and from Britain’s busiest station, London Waterloo, but we know we need to do even more to provide more capacity and better facilities for our passengers.
“That's why we're so pleased to be working with our partners to introduce this package of investments and improvements. This is the biggest programme of improvements for decades and will boost capacity by 30% during the busiest times of the day by 2019. It will also create the extra space and upgraded infrastructure needed to increase capacity for our longer distance mainline services in the near future too.
"We're looking forward to introducing these improvements and we will keep our passengers up to speed with everything happening on the network in the coming months and years."
Steve Scrimshaw, Managing Director of Siemens Rail Systems, said:
“We are delighted to be part of the continued investment in the UK’s rail network and to be introducing a new fleet of 30, five car Siemens Desiro City Class 707 trains.  The new trains are lighter, more energy efficient and will significantly increase the amount of available seats for passengers.  The Class 707 will also improve the overall passenger experience offering free Wi-Fi, air conditioned coaches, full width gangways and wider doors to make it easier and quicker to get on and off the trains.”
Malcolm Brown, Chief Executive Officer for Angel Trains, said:

“As London’s population continues to grow, so do the travelling needs of passengers moving to, from and within the capital. Angel Trains is committed to investment in London’s rail network and providing value to customers. We are delighted to procure and lease a new fleet of Siemens-built Class 707s, offering increased capacity, air-conditioning, easier passenger access and on-board Wi-Fi.”