Battery Powered Midland Metro Trams - Will be First in the UK

Birmingham is to be the first city in the UK to use cutting edge battery technology that removes the need to attach overhead power lines to its historic buildings for trams.
The fleet of Midland Metro Urbos 3 trams are to be fitted with hi-tech batteries to power the vehicles through architecturally sensitive areas. 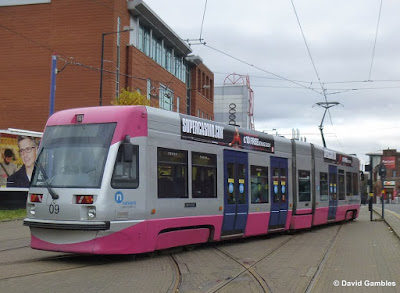 Known as catenary-free running, the go-ahead has been given by the West Midlands Integrated Transport Authority (ITA) to the plan by Centro, its delivery body.


The proposed Wednesbury to Brierley Hill extension is also being evaluated to identify catenary-free sections. 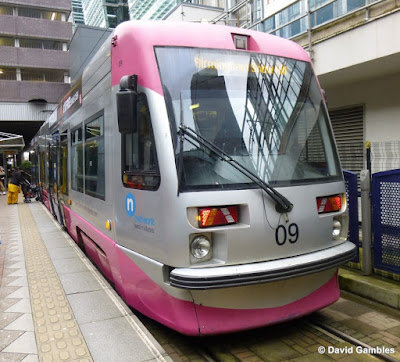 The saving just from catenary-free operation on these four sections is £650,000, but longer term there will be greater savings as there is now no longer any need to prepare roads or buildings for overhead lines.
This includes the Birmingham Eastside section where the extension runs under the proposed Curzon Street station along New Canal Street.
The lack of headroom under the new station and the existing West Coast Main Line bridge would have meant major works to lower the road to install overhead lines - work which will now not be needed thanks to catenary-free running.
Negotiations have begun with battery suppliers but the final cost is not yet available.
However a £3.15m contribution will be made by the Greater Birmingham and Solihull Local Enterprise Partnership and £1m will come from industry association UKTram.