A survey has been published recently that apparently describe's London best bus routes. However, others may disagree and have their own opinions. In the meantime.......................

CONCLUSIONS OF THE SURVEY

What could be better than nabbing the front seat on the top deck to watch London roll by from the comfort of your moquette throne?
We think we've found London's finest bus routes — whether it's for seeing filmic London, the parks, or the posh bits. 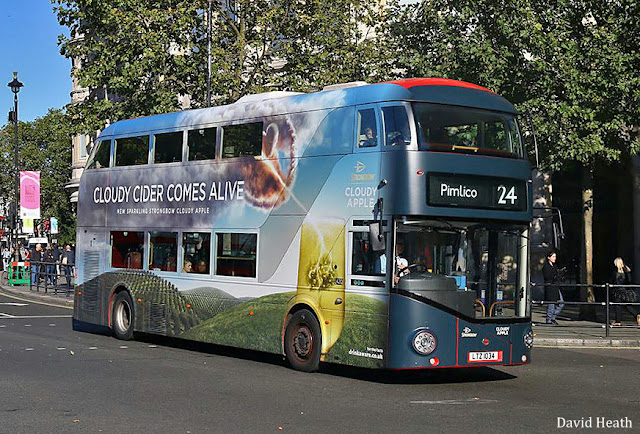 The number 24 bus has steered its path past some of London’s most iconic spots since 1912. It’s also London’s oldest unchanged bus route.
Board at the very start — Grosvenor Terrace in Pimlico — and ride along the Thames. On the south side you’ll see Battersea Power Station (featured in the film Children of Men, amongst others), before Parliament Square, Horseguards and Trafalgar Square — all featured in 28 Days Later.
Up Tottenham Court Road to Camden, you’ll catch a glimpse from An Education as you whizz past Mornington Crescent.
The bus climbs through Chalk Farm up to Hampstead Heath, where much of Monty Python and the Holy Grail was filmed, as well as scenes from An American Werewolf in London and The Omen. 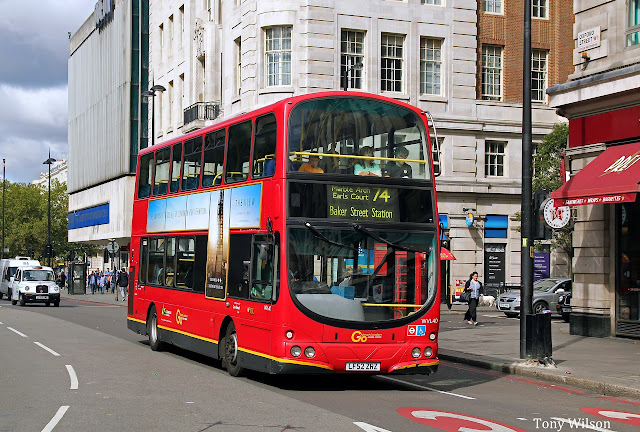 To see the finer parts of London, pick up the 74 bus at Baker Street or Marble Arch before it makes its way down Park Lane into Knightsbridge. This ride’s a particular delight early in the morning when the parks are still misty, and the locals of South Kensington are popping out for a latte in their finest cashmere.
You’ll travel Cromwell Road to Earls Court, from where you can take the bus another half an hour to Putney Bridge, or can cut your journey short at West Brompton station for a walk around one of London’s most gorgeous cemeteries. 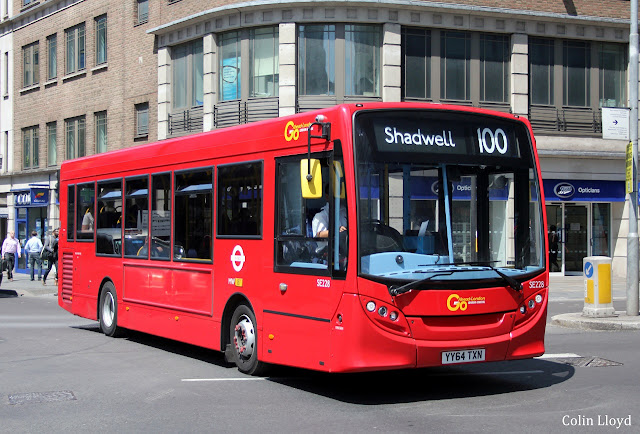 Start outside Roman London at Tower Gateway, noting the Roman wall in Wakefield Gardens (which was built a little taller by medieval Londoners).
Apart from a short diversion, the bus follows the old wall all along Bevis Marks to Bishopsgate (the start of the Roman road to York), and Moorgate.
Get off at the roundabout to visit the Museum of London, then walk down Noble Street to get up and close to an old section above ground (the corner of a fort, exposed during the Blitz). You can also walk round large sections in the Barber Surgeon’s gardens, by Bastion Highwalk.
Walk down to St Paul's to catch the bus again, and cross the river at Blackfriars, where the remains of Roman ships were found in the 1960s. 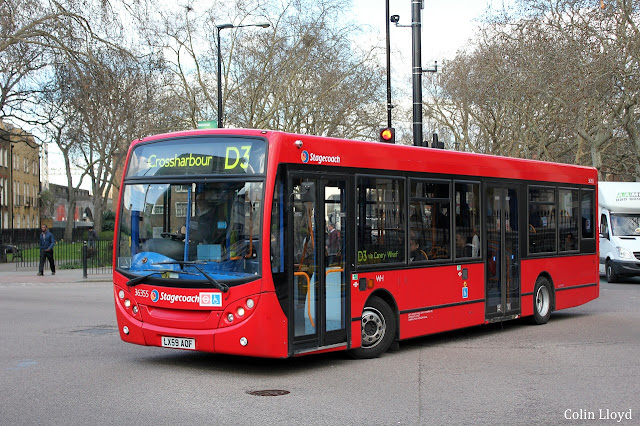 Forget Jack the Ripper tours — if you want to see how much east London has changed in the last few years, just ride the D3.
Get on at Old Ford Road, travelling through Bethnal Green. You’ll pass York Hall — opened in 1929 as a public baths and boxing hall. Now, like the rest of the city, it has opened its doors to a global audience, listing luchador wrestlers as well as major British boxing matches.
You’ll also pass the tube station — which acted as an air raid shelter, but is also the site of Britain's worst civilian incident of the second World War.
The bus makes its way down Bethnal Green Road before heading into Whitechapel towards Cable Street. Now a quiet neighbourhood with little to attract outsiders, a mural at number 236 marks the fight against fascism in 1936.
Over the Highway to Wapping, the site of huge changes in the British media during the 1980s. Some 6,000 members of the printers’ unions went on strike after refusing new contract terms, including a no-strike clause. Demos often occurred on Pennington Street, now home to the venue Studio Spaces, during the year-long dispute.
Through Wapping, new-builds nestle against old riverside pubs, and the Victorian power station which, until recently, served as a restaurant and gallery, The Wapping Project.
Next stop is Canary Wharf. The towers of London’s second business centre popped up after the Victorian docks were all but abandoned. The land is now privately owned (apart from a patch by the tube). Its borough, Tower Hamlets, last year had the worst levels of pay inequality in the whole city.
Alight here for the Museum of London Docklands and find out more about how the area has changed, or ride till the end in Crossharbour to see remnants of the old docks.

BEST FOR THE THAMES: RV1 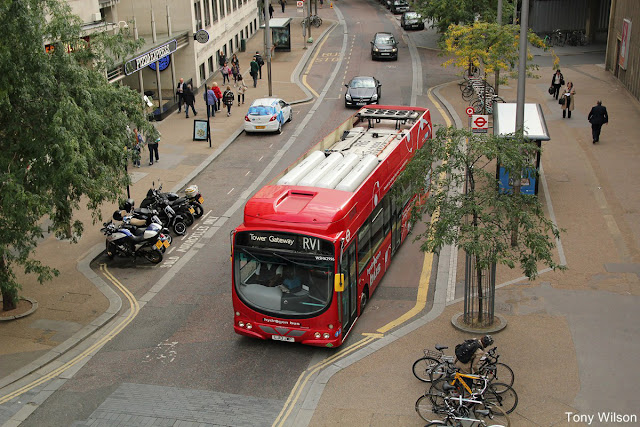 Take on two Thames bridges on the ride from Tower Hill to Covent Garden on the RV1. The bus takes passengers from Tower Bridge to London Bridge (southside), to Blackfriars and along the back of the South Bank, crossing north again at Waterloo. Ideal for those who think they want to walk the three-mile stretch, but would actually rather spend the afternoon scoffing their faces in the Primrose Bakery. 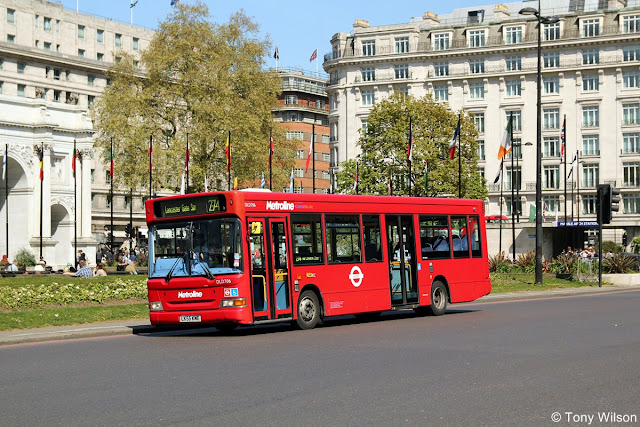 Next time the weather’s nice, catch the 274 from Angel, Caledonian Road or Camden Town, and head to Primrose Hill. The bus takes in Prince Albert Road, which skirts the Regent's Canal and ZSL London Zoo — you’ll be able to see the monkeys from your seat.
Get out at Albert Terrace and stretch your legs here, or wait a couple more minutes to alight at Eamont Street for Regent’s Park.
To take the bus again, head to Kent Passage (behind the boating lake) and walk to the stop outside London Business School. The last stop is Lancaster Gate, right by the Long Water at Hyde Park. 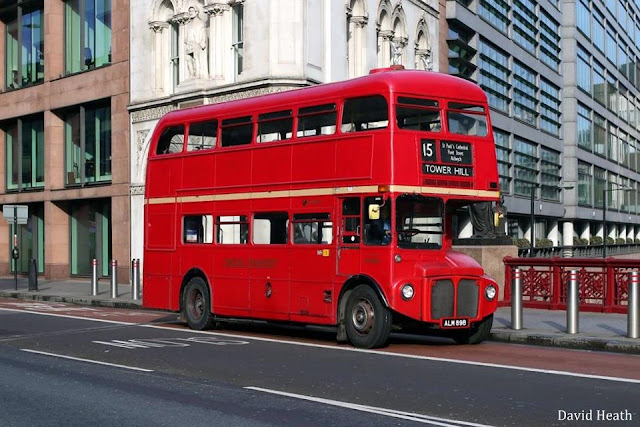 Tourists on a shoestring budget should skip the red bus tour for £1.50’s worth of sightseeing.
Grab a beigel on Brick Lane then walk down to stop OH on Leman Street. Within minutes you can clap your eyes on Tower Bridge, the Tower of London, Monument, St Paul’s, Blackfriar’s Bridge, Fleet Street, the Royal Courts of Justice, Waterloo Bridge, the Strand and Trafalgar Square. Now you’re smack bang in the middle of London, and you didn’t even have to set foot on the Central line. Have you even finished that beigel yet? 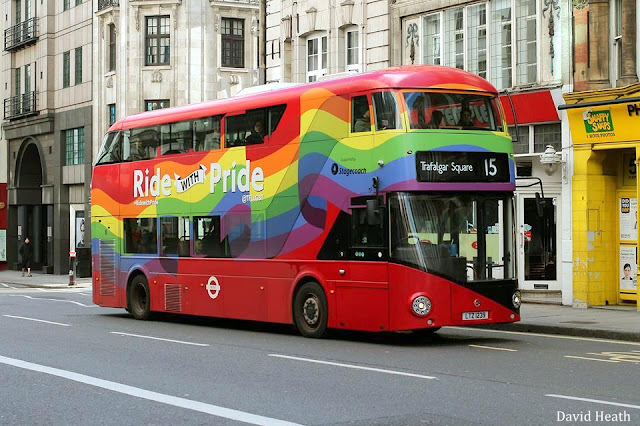 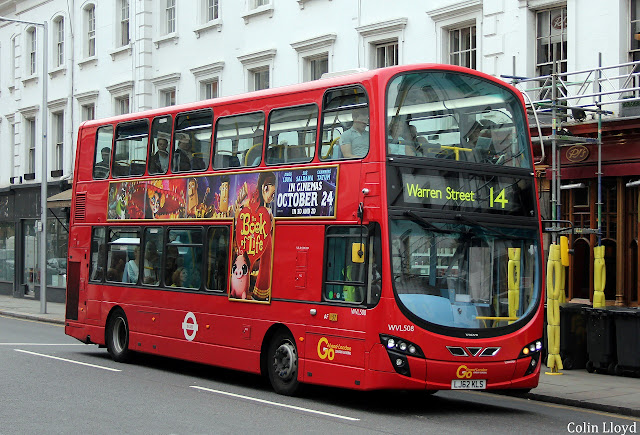 At Warren Street, investigate the weird and wonderful Grant Museum of Zoology and the Petrie Museum of Archaeology.
A short walk takes you to John Soane's Museum, where you can currently check out the Museum of Innocence, or the surgical curiosities at the Hunterian Museum. (Tourists or newbies might prefer to swap the tiny museums on Lincoln’s Inn Fields for the British Museum.)
For an alternative to the Science Museum, ride from Tottenham Court Road to the Faraday Museum at the Royal Institution (Royal Academy stop).
But if you’re ready for the big cheese, you can ride on to the bus stop right outside the Victoria and Albert Museum. The Science and Natural History Museums are just behind, along with the Royal Geographical Society, which mounts regular exhibitions. 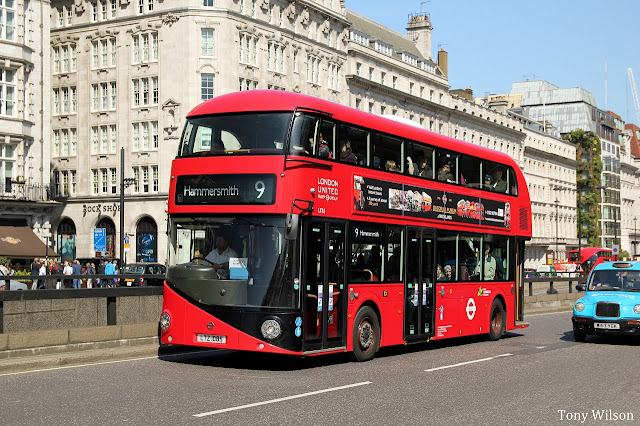 West London has some great pubs. Start in the Dove, a tiny pub by the Thames, before picking up the 9 in Hammersmith (about 15 minutes’ walk away).
First stop, Queen’s Gate. Head to Queens Gate Mews for the Queen's Arms. The corner pub does loads of real ales (and Bloody Marys).
Second stop, Pall Mall. Nip up Crown Passage to the Red Lion, which prides itself on being a ‘village pub’ for the West End.
And if you can manage a third stop, hop back on the bus, and alight at the start of the Strand. Walk to the Harp on Chandos Place, which never fails to impress with its cask ale and cider. 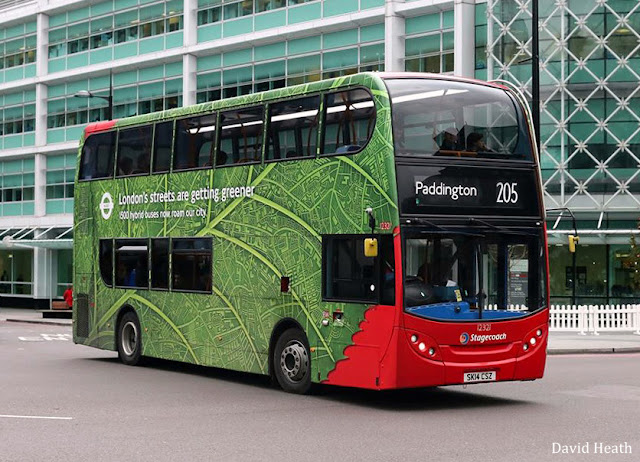 It's usually said that the first bus route in London was Paddington to Bank via the Euston Road (or the New Road as it was then), which began in 1829 as a horse-drawn omnibus. The closest modern equivalent is route 205, which started in 2002.
Catch the bus from Paddington and ride down the Marylebone Road. Little of this stretch would look the same in 1829 — no Euston station, nor Marylebone station, for example — but Regent’s Park would have been a decade or so old.
Up the hill to the Angel, which would have bustled in 1829 with a combination of animals heading to Smithfield Market and out-of-town coaches. City Road Basin would have been less than a decade old. The route no longer goes to Bank, but travels instead to the East End.