The end of a much-loved railway

From the BBC Magazine.


The Satpura narrow-gauge network used to be the longest of its kind in India, stretching more than 1,000km (620 miles). 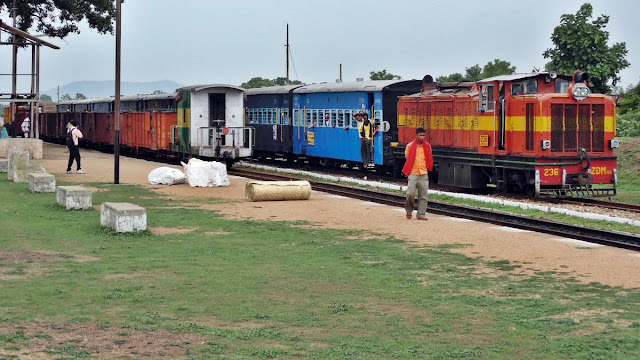 But it is now facing closure, writes Mark Tully.

There were once more than 100 narrow-gauge railways in India. They have often been written off as toy trains. The 2ft 6in gauge Satpura engine did look like a toy when I saw it dwarfed by a massive broad-gauge engine in the central Indian city of Jabalpur's station where my journey on the Satpura railways started.
But the narrow-gauge railways of India were built for very serious purposes and were anything but toys for those who benefitted from them. The Satpura railways opened up a previously inaccessible hilly area of central India as part of the government's response to the Great Famine of 1878. Before the railways came, there were only bullock carts to carry food to remote famine-stricken areas. They were very slow and couldn't travel long distances. 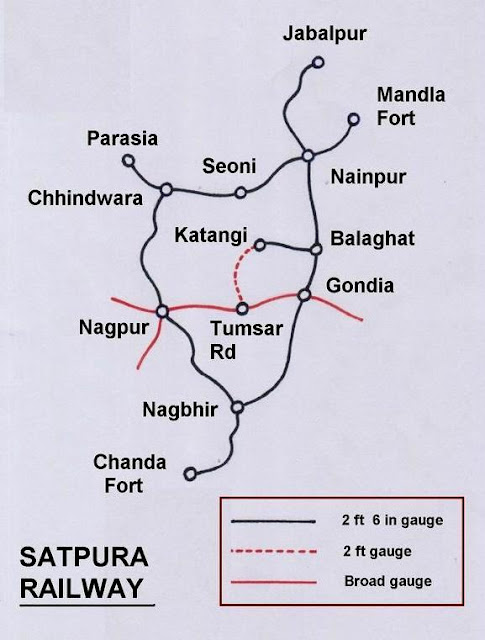 But India no longer has famines and roads have now been built in the Satpura region - so what purpose has the narrow-gauge train with its maximum speed of just 40km/h (25mph) been serving recently?

I once asked a stationmaster on a narrow-gauge line in the western state of Gujarat why so many passengers were waiting for the train at his station, when a main road with faster buses on it ran parallel with the track. He replied with a broad smile: "That's obvious. We are not too particular about ticketless travel. The bus conductors collect the fares." The stationmaster at Jabalpur assured me that passengers on his line did buy tickets. 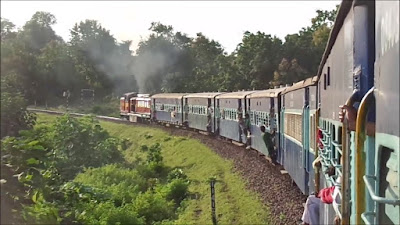 During my journey, which lasted for some eight hours, I had plenty of opportunities to find out why there were so many passengers on the train. Every few kilometres the train stopped - sometimes at fully-fledged stations with a complete complement of staff and buildings presided over by a senior stationmaster, and sometimes at what were known as "passenger halts" which were just small huts and served remote hamlets.
At the first station outside Jabalpur, we were greeted by frenetic drummers waiting to accompany a group of passengers going to bathe in the sacred Narmada river.
As I travelled down the line, I met a student who went home from university every weekend. The train was much cheaper than the bus, and anyhow there weren't many buses, he explained. An ex-soldier, recognizable by his formidable white moustache, was on his way to a hospital appointment. He felt the train was "more dignified" than the bus.
A mother with her young child clinging to her hand was going to visit her parents. She believed the train was safer. A group of women carrying heavy bundles of firewood on their heads had saved themselves hours of burdensome walking by taking the train. Several unruly young men told me they were "just time-passing". I thought it unwise to ask whether they too had bought tickets.
Several passengers told me they found the train more comfortable than the bus. I didn't like to think what travelling in the buses was like. The train was so overcrowded that passengers were standing on the steps outside carriages, clinging precariously to the open doorway, while others sat cross-legged on the carriage roofs. 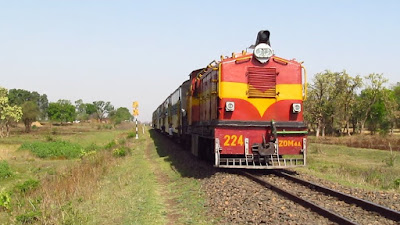 High speeds on broad-gauge lines, and on many mainlines overhead electrification, have rendered the old Indian tradition of rooftop riding almost obsolete. Another tradition which is dying is the variety of food which used to be cooked on railway platforms.
Nowadays passengers are more likely to be offered pre-cooked food or modern branded snacks in environmentally unfriendly packaging. But when my train stopped at Bargi, passengers rushed to buy Hari Singh Thakur's famous fresh samosas served on newspaper, and further down the line at Shikara the sweets Lakshmi Chand Khandelwal made from milk were very much in demand.
Many of the passengers described the railway as their lifeline. Now that lifeline has been cut. The traditions associated with it will die. A line of outstanding beauty particularly when it twists like a snake following the contours of a thick, hilly forest will be replaced by a broad gauge line which is being bulldozed through that forest. Fast through-trains with few or no stops will run on the broad gauge ignoring the local demand for rail transport.
Many railway officials are deeply saddened by the death of the Satpura lines. A stationmaster at Nainpur junction, the heart of the system asked me, "Why do they have to close such a busy railway? I have 20 trains a day to handle." But at least the railways are hoping to preserve a short section of the historic Satpura lines.