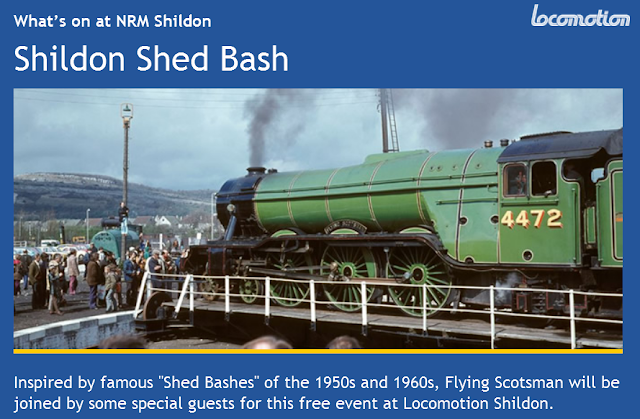 A reminder that between 23rd - 31st July there will be an appearance of 4472 'Flying Scotsman' at the Locomotion 'Shildon Shed Bash'. 4472 will be joined by A4 60009 'Union of South Africa' V2 4771 'Green Arrow', J72 69023 'Joem' and D9002 'Kings Own Yorkshire Light Infantry, newly restored in BR two-tone green.
The exhibition is free and visitors will be able to access cabs to locomotives – including Scotsman's. There will be activities for children, a talks programme and a selection of trade stands. The main daytime event will run from 9:30am – 6pm.

The Railway Museum at Shildon in Co. Durham is highly recommended. Admission is free and many exhibits are on show some of which are moved between the two sites of York and Shildon. 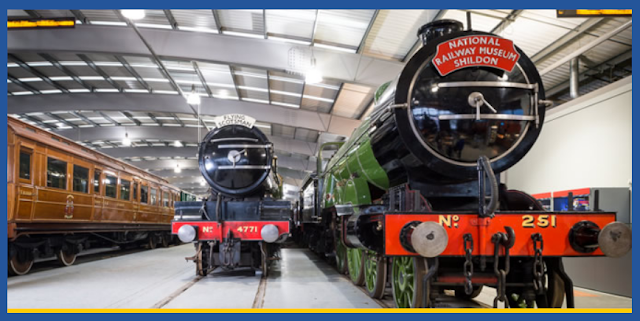