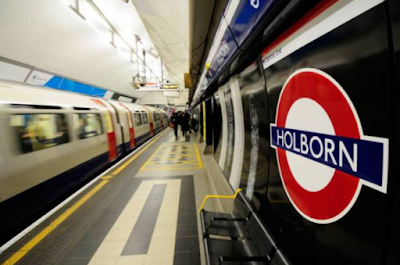 The six month trial follows a three week trial that took place last year, which found that standing on both sides of the escalator reduced congestion by around 30 per cent.
Peter McNaught, Operations Director at London Underground, said:
'I look forward to this new pilot starting today. The etiquette on London Underground is for customers to stand on the right of escalators, allowing others to walk on the left. However, few customers choose to walk on longer escalators such as Holborn, so much of the left-hand-side is unused. We hope that this can lead to improving congestion at Holborn, making journeys easier for all of our customers.'

First reports indicate that passengers are ignoring the new rules and are still walking on the left of the escalators as they have always done. There has been a strong reaction to the change on social media, with most correspondents encouraging passengers to continue walking.