Delays and more delays in Birmingham and Rotherham

The launch of Midland Metro services to Birmingham's New Street station has been delayed.
Services were scheduled to start running from Bull Street to Stephenson Street from Sunday May 22 but have now been put on hold for further track alignment works.
The development comes following extensive safety checks by Centro, the delivery arm of the West Midlands Integrated Transport Authority. 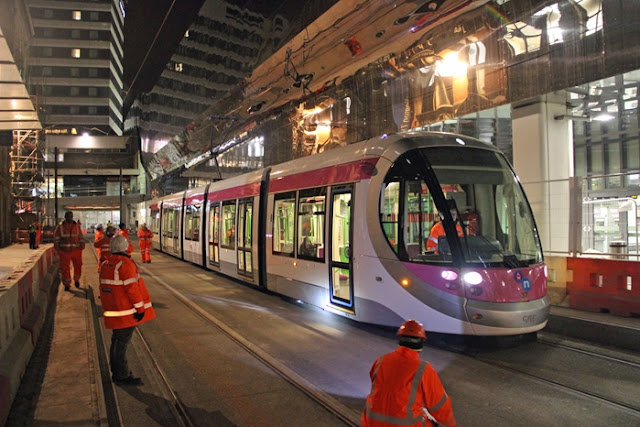 Centro's Midland Metro programme director Phil Hewitt said: "It is bitterly disappointing as everything else is in place and ready to go but, as we have said right from the start, safety is paramount.
"A stringent testing programme has identified minor anomalies in some of the track alignment which need to be addressed.
"These are exactly the sort of issues the tests were designed to identify.
"However remedial work is relatively straightforward. Once that is complete, on-street driver training can begin and we will soon have passenger services running."
A Midland Metro family fun day at Martineau Place, near the new stop in Corporation Street, which was also due to take place on May 22 has been cancelled.
Trams returned to the streets of Birmingham for the first time in more than 60 years last December when the Metro started running to the new stop in Bull Street.
Work began on the 1.2km scheme (0.6 miles) in 2012.
It is part of a £128 million project which has seen the introduction of a new fleet of 21 Urbos 3 trams, a refurbished depot at Wednesbury and a new stop at Snow Hill station.
It is expected to boost the West Midlands economy by more than £50 million a year and create 1,300 new jobs.
The Midland Metro runs between Birmingham and Wolverhampton, serving locations such as the Jewellery Quarter, West Bromwich, Wednesbury and Bilston, and will deliver more than three million people a year directly into the heart of Birmingham's main shopping district. 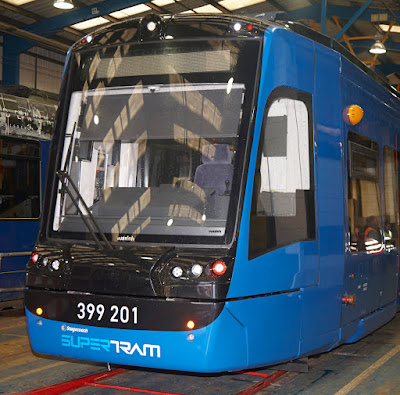 The £58m pilot project will enable trams to run on existing train tracks between Sheffield, Meadowhall and Rotherham.
It was due to start in 2015 but was delayed until 2017.
Network Rail has now said the 2017 date is not possible and a "thorough review" is needed before a new launch date is announced.
South Yorkshire Passenger Transport Executive said it was "extremely disappointed".
"We have been notified that Network Rail can no longer complete the Tram Train infrastructure works to timetable, for passenger services to start in early 2017 as planned," a spokesman said.
"We acknowledge that the design, planning and construction to allow the vehicles to run on the heavy rail network is complex. However, we are extremely disappointed in this news.
"All parties remain committed to the delivery of the project and to starting Tram Train services at the earliest possible time."
Network Rail, which is due to lay more track, said a new date could be expected in the summer.
"The pilot is a first for Britain's rail network and as such involves a number of bespoke designs that will allow Tram Trains to operate over the rail network.
"The project team is carrying out a thorough review of the programme and will report back to stakeholders by the summer.
"This will allow us to work together to deliver a robust plan and we will publicise this widely once it is agreed."
Andrew Denniff, chief executive of Barnsley and Rotherham Chamber of Commerce, said: "The chamber has been lobbying for a long time to get the extension to the tram system out of Sheffield into South Yorkshire.
"Another delay is frustrating and disappointing."
The first vehicle was delivered to Sheffield in November.