CROSS-BORDER rail bookings are on the rise following a bid by the main East Coast operator to lure passengers away from air travel.
Virgin Trains has reported a 15 per cent year-on-year surge in ticket reservations for the first two months of its new Edinburgh-London timetable, which launched on 16th May. 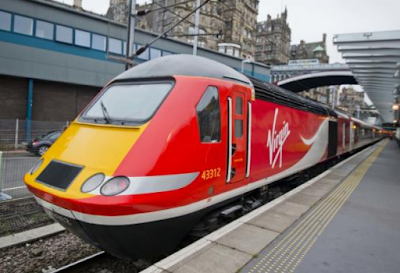 The new timetable will run an extra 42 trains per week between the two capitals, boosting the frequency of services to almost one every half an hour and adding an 22,000 seats to the route's capacity.

Bookings can be made up to six months in advance.
The expansion is part of a £140 million investment programme which Virgin hopes will persuade more cross-Border travellers to switch from plane to train.
More than a million rail passengers travelled between London and Edinburgh last year, but Virgin - who operate the East Coast franchise in a consortium with majority stakeholder, Stagecoach - has has ambitions to capture half of this market from airlines by the end of its eight-year franchise in 2023.
David Horne, Managing Director for Virgin Trains East Coast (VTEC) route, said: “We’re really pleased that our new services have proved so popular with the travelling public.
"We think the combination of service improvements and greater frequency is a winning combination, and that together with low fares we’ll be able to persuade more people to switch from the inconvenience of air travel to the comfort of our trains.”
The uplift in journeys has been welcomed by the Secretary of State for Scotland, David Mundell, who launched the first weekday departure of the new timetable from Edinburgh Waverley.
He said: “Good connectivity between London and Scotland is vital for our economic security, so this improved Virgin service is really good news. 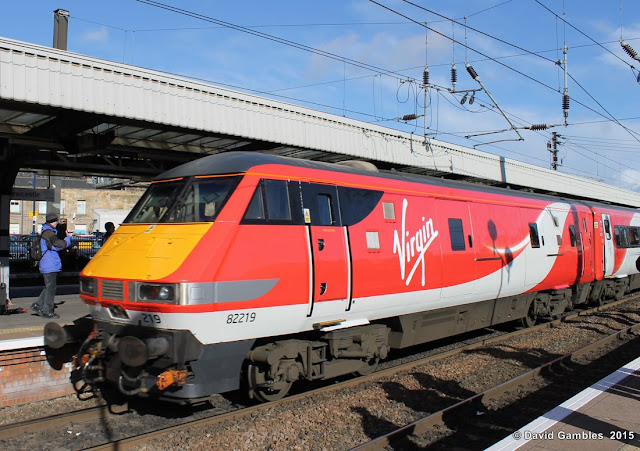 "More trains between Edinburgh and London - and all the stops in between – will mean more choice and flexibility for rail travellers in Scotland. It will make it easier for Scottish businesses to reach customers and markets right across the UK. These new services will also bring more visitors to Scotland, helping to boost jobs and prosperity."
Virgin Trains is also offering free wifi from today to all customers who book their tickets through the Virgin Train East Coast website and launching a new menu in first class devised by celebrity chef, James Martin.
Catering for standard-class passengers will be revamped in the Autumn.
It follows refurbishments to Virgin's first-class lounges at Edinburgh Waverley and London King's Cross, and ongoing facelifts to train interiors across the rolling stock.
Virgin is also due to roll out is new faster Azuma trains on the route from 2018, cutting the regular journey time down to four hours.
It comes days after the industry regulator, the Office of Road and Rail, announced that it would allow First Group to launch its own East Coast services in competition with Virgin. First Group said it would offer cheaper fares with average one-way ticket priced at less than £25.
The First services could launch as early as May 2019.