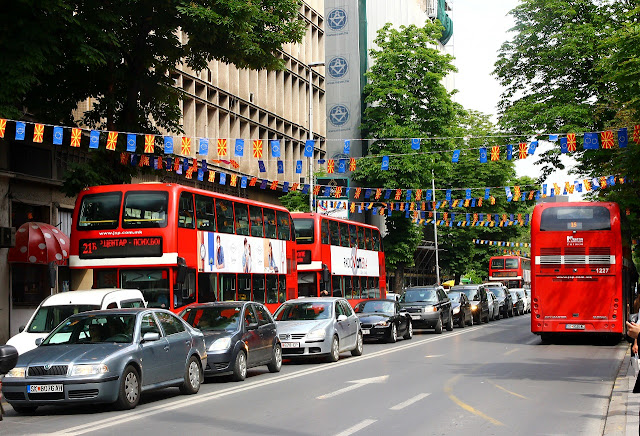 Dale Tringham recently visited Macedonia and has provided this interesting report, along with accompanying images of the strangely 'similar' buses to those once operated in large numbers throughout the Greater London area. 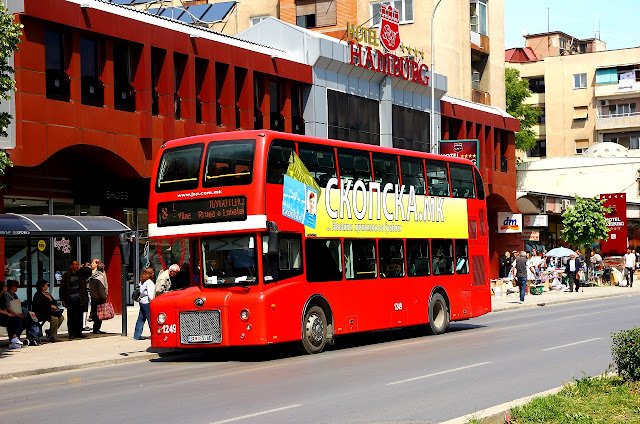 Skopje, in Macedonia, is an unlikely place to operate double deck buses nowadays given that they are not very common in that part of the world. It’s also a relatively poor area, with the occasional horse and cart still rumbling by. Even so, and despite no previous experience of the type, an order was placed with Yutong, the Chinese manufacturer of many thousands of buses each year, for 200 such buses, with a specific requirement for them to look similar to a traditional London Bus. These ‘City Master’ buses duly entered service from 2011 onwards and many were seen on a recent visit. They are used on numerous routes across the city, and for some distance out into the suburbs and rural areas, with quite heavy loads at most times of the day. 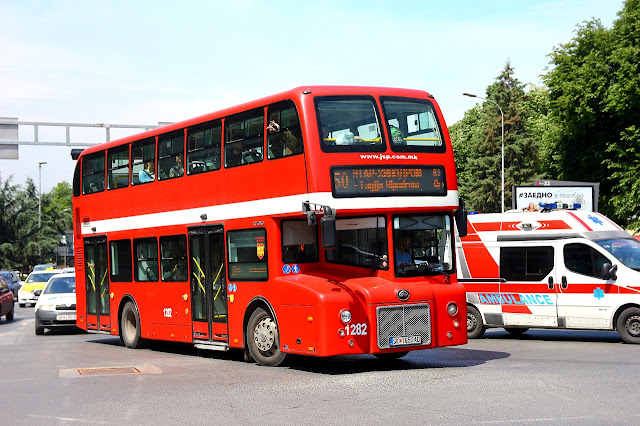 The buses themselves are low floor, two-axle, 60 seaters (40/20 + 20 standing), with two staircases and doors. For the summer heat, all have chiller units, with opening windows and air vents above the seats, plus adjustable blinds for the front upper deck windows. Despite some poor roads they give a comfortable ride and seem very popular with the locals. Most passengers use smart cards, placed against a reader as they enter (much like Oyster), but cash fares are still accepted. Of course, on these buses, the OMO (no women) driver sits some distance ahead of the front entrance and therefore needs to turn round in order to take the money and issue the tickets. 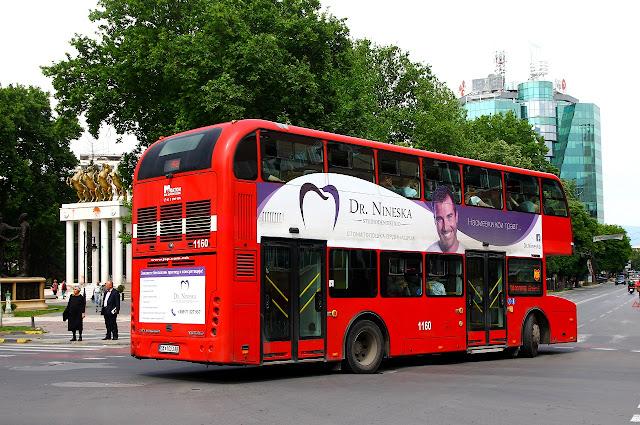 For an operator with no previous experience of such buses, these appear to have been well designed, with CCTV, and even ‘countdown’ indicators showing how many seats are vacant on the top deck. The LED destination screens are not as clear as we may be used to in the UK and some variations of these were noted, which may suggest improvements are on the way. A few open top ‘City Master’ buses have also been produced by Yutong, but none were seen on this occasion.

In the meantime a few more images of these quirky vehicles with a couple showing the drop down interior blinds at the front upper deck windows, that make it look as though the buses are winking. The last image shows working in conditions, not too dissimilar to those with which our own buses have to contend. 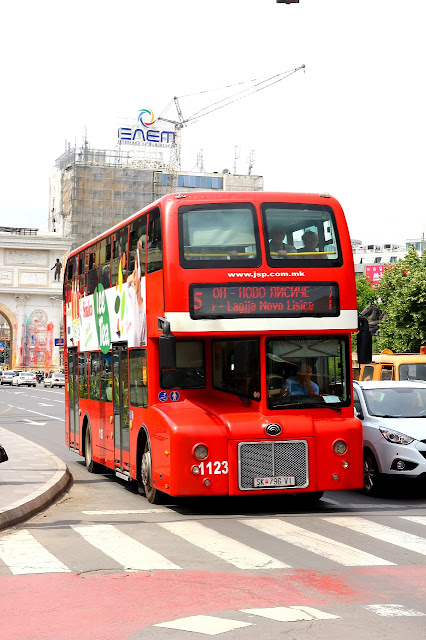 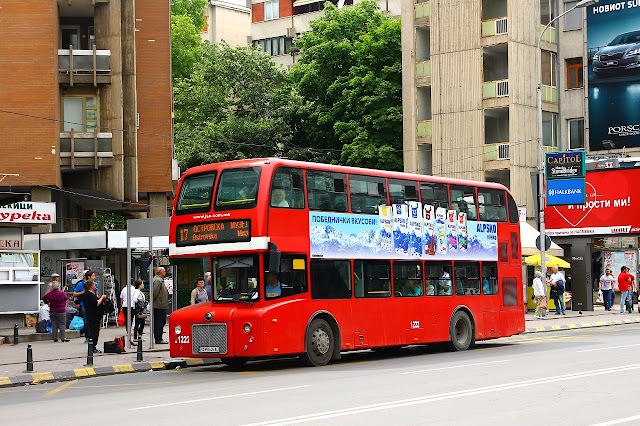 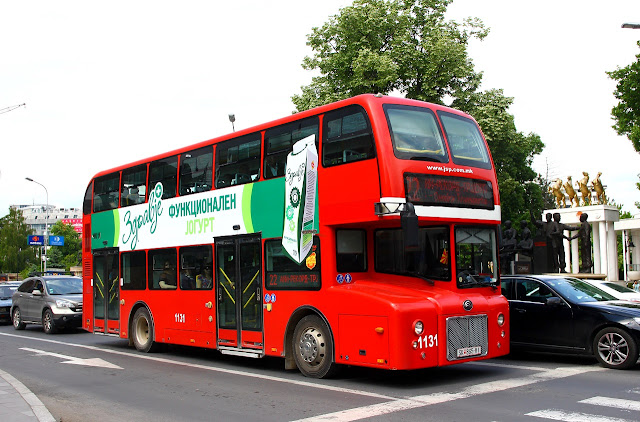 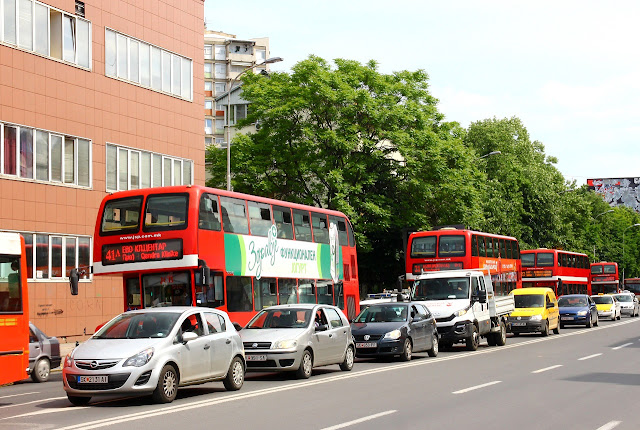