All Buses in Netherlands will be Zero-Emission

From 2025, all new public transport buses operating in the Netherlands will be zero-emission vehicles, following an agreement signed by Environment Minister Sharon Dijksma with the country’s transport operators. 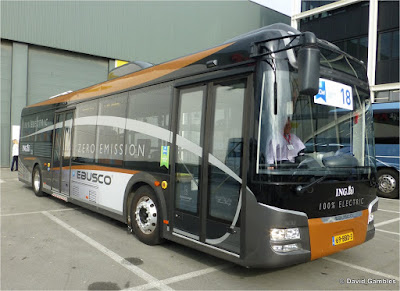 The provinces of Noord-Brabant and Limburg have already laid the foundations for this agreement, as local bus companies in these two provinces will have switched completely to electric vehicles within a few years.

Dutch companies VDL and Ebusco are already major producers of electric buses which are sold both in the Netherlands and abroad. Chinese company BYD, which also makes electric vehicles, has opened a branch in the Netherlands and has already supplied Schiphol Airport with 35 electric buses for passenger transport.
Signing the agreement, Dijksma said, “Noord-Brabant and Limburg are showing us that zero-emission buses are an intelligent investment for both the environment and the economy. We will have cleaner cities and emissions of greenhouse gases that are harmful to the environment will be reduced. Moreover, it will give a significant boost to the position that the Netherlands as a country wants to occupy regarding making our urban and regional transport more sustainable. Dutch companies that develop technologies and manufacture buses can also benefit from this approach.”