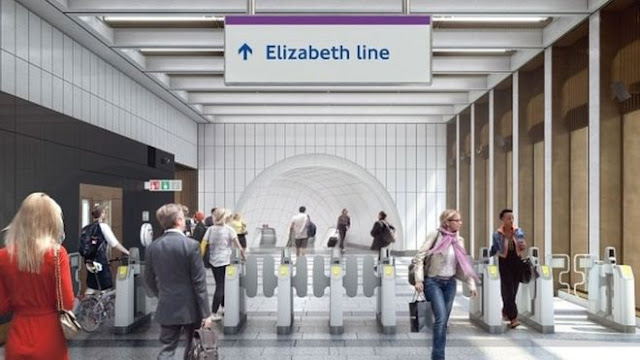 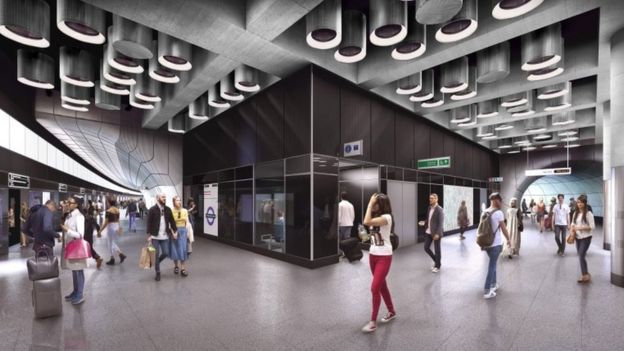 Each station, like this at Tottenham Court Road, is said to reflect the surrounding environment

Julian Robinson, head of architecture at Crossrail, said the railway "draws upon the fantastic transport architectural heritage of London".
According to Crossrail, which is building the route, the new station at Paddington is influenced by Isambard Kingdom Brunel's existing terminus building and all components will closely follow his 10ft imperial grid system. 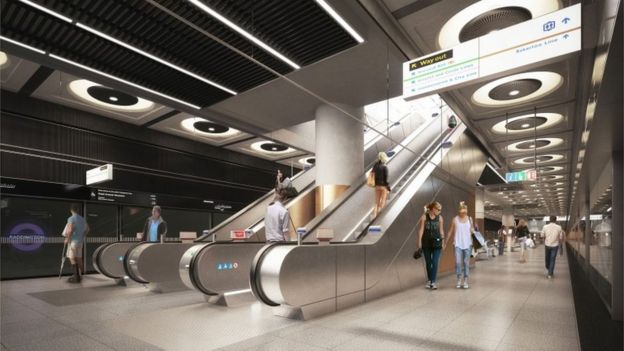 Meanwhile, the new station at Farringdon "will take inspiration from the historic local trades of blacksmiths and goldsmiths, as well as the distinctive architecture of the Barbican". 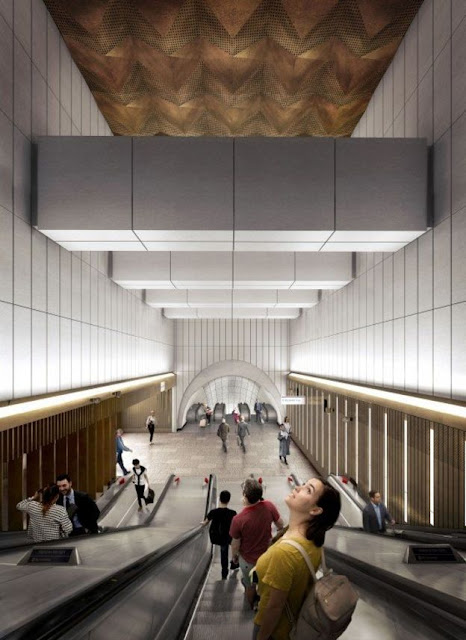 The escalators down to Bond Street's new ticket hall

The ticket halls will have diamond pattern work in the interiors to reflect the area's jewellery link and there will also be a nod to the River Fleet which flows immediately below the station.

Tottenham Court Road station's ticket hall will be located at Dean Street in Soho, and in keeping with the nightlife of the area the western ticket hall will have black colour glass and stainless steel interiors to reflect the "nocturnal economies" in the area. 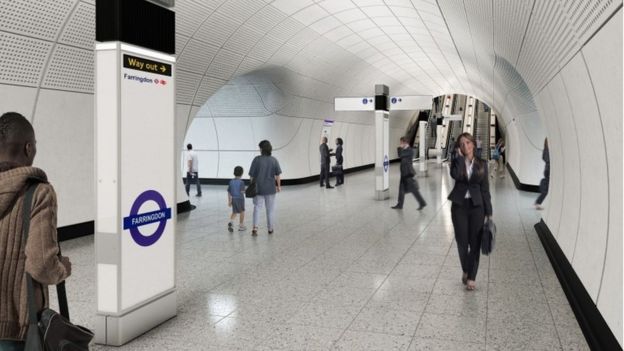 Architects were influenced by blacksmiths and goldsmiths when designing Farringdon Station


All new stations will also be free of steps from the train to the street.
The first section of the route is due to open in December 2018 and will be run by Transport for London (TfL).


Images are courtesy of Crossrail Limited 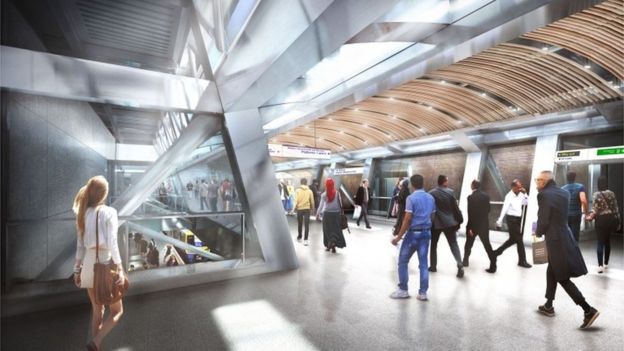