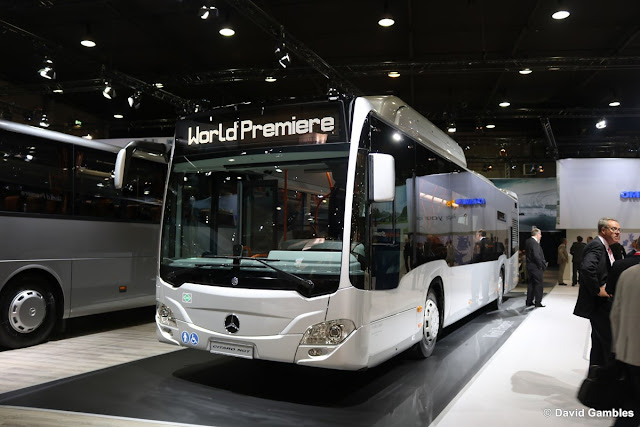 The natural-gas powered Citaro NGT sets high standards in terms of environmental standards and comfort and is approved without restriction for the use of renewable natural gas to DIN 51624.

This gives an even smaller carbon footprint, becoming virtually CO2-neutral. In addition, the noise level of the natural-gas engine is noticeably lower than that of a comparable diesel engine. Depending on driving conditions, its noise emissions are up to 4 dB(A) lower, which corresponds to the subjectively perceived noise level almost being cut by half. Both factors – low CO2 emissions and low noise level – make the new Citaro NGT especially suitable for service in busy inner cities as well as residential areas.
In Madrid, with its around 3.2 million inhabitants, the new natural-gas buses will operate in one of Madrid's main avenues, the Paseo de la Castellana, which is in the centre of the Spanish capital. So far, the use of natural-gas vehicles has made it possible to cut emissions by over 80 per cent and the new vehicles will further improve on this.
The centrepiece of the new Citaro NGT is the Mercedes-Benz M 936 G natural-gas engine. With a displacement of 7.7 litres, it is currently the most compact natural-gas engine in its class: weighing just 747 kg including the precatalyst. Mercedes claim the engine is a textbook example of successful downsizing.
The natural-gas engine is based on the OM 936 turbodiesel engine. The vertically installed six-cylinder in-line mono-fuel engine runs on compressed natural gas or biogas. It has an output of 222 kW (302 hp) at 2000 rpm while delivering a peak torque of 1200 Nm consistently from 1200 to 1600 rpm. In many instances, it undercuts the Euro VI emission limits by a considerable margin. These figures, in combination with its impressive power delivery, put the single-stage turbocharged engine on a par with its diesel-powered counterpart, claims Mercedes-Benz. In the main driving range, output and torque characteristics remain consistent from idle speed to around 1500 rpm. Above this, the natural-gas engine actually delivers a slight advantage in terms of power and torque. At the same time, the natural-gas engine from Mercedes-Benz sets the bar for environmental acceptability particularly high, because the CO2 emissions of a natural-gas engine are up to ten percent below those of a diesel engine. Using renewable natural gas to power the bus makes the carbon footprint  even better, because a natural-gas bus then becomes virtually CO2 neutral. 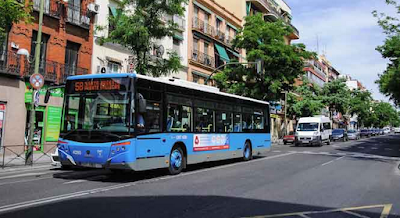 EMT Madrid has a fleet of 1920 buses, they cover just under one million kilometres each year and transport 425 million passengers. The network has a length of around 3600 km with some 10,000 stops. EMT Madrid was founded in 1947 and is wholly owned by the Municipality of Madrid.