Bus companies have warned passengers face worse services and higher fares without a major rethink of Oxford's transport system – including the reopening of Cornmarket Street.
The bosses of Oxford Bus Company and Stagecoach Oxfordshire said moves to pedestrianise more of the city centre and rush-hour congestion were making it more expensive to run regular and reliable services. 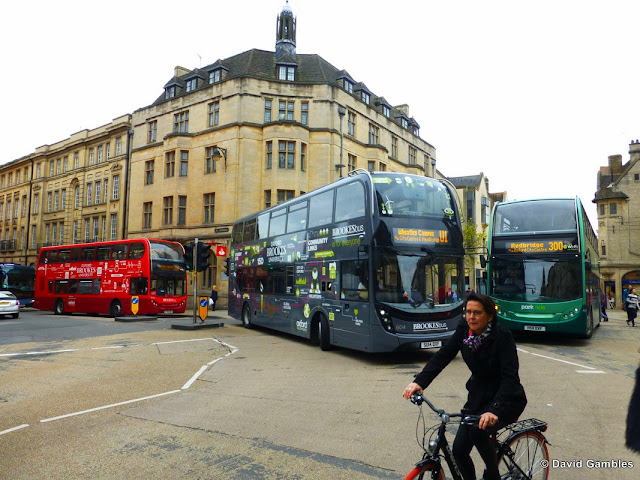 They called for buses to get priority on main roads, the reopening of Cornmarket Street to some services and a tax on workplace parking spaces.
Oxford Bus Company managing director Phil Southall said a review of bus routes was needed ahead of a rise in demand expected when the revamped Westgate Shopping Centre opens in October 2017. 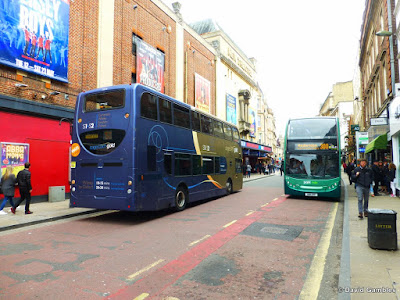 He said plans to pedestrianise Queen Street meant a new turning circle outside Nuffield College was essential and further suggestions to stop vehicles using Magdalen Street West meant politicians could not afford to rule out reopening Cornmarket to some buses travelling north and south.
Mr Southall told the Oxford Mail: "We all know Oxford has to be reinvigorated as a retail destination and we support that.
"But the stakes are high, because if you get things wrong then you lose market share to surrounding towns, where people can be dropped closer to where they want to go.
"I can understand why people want additional pedestrianisation, but the reality is you just put more pressure on other streets.
"What we need is a vision and strategy for the whole city centre and not to just pick off certain streets. It is going to require a very pragmatic approach." 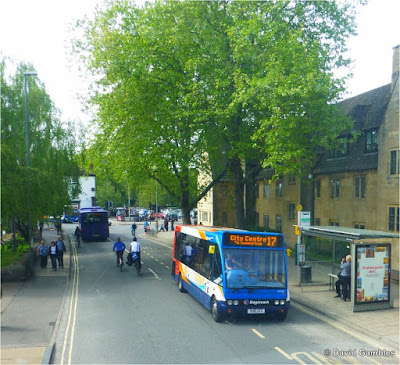 He said the arrangement currently used on Queen Street – 12 buses in each direction every hour – should be applied to Cornmarket Street if the former is closed to traffic, as it currently is for the work on the Westgate centre.
And he said measures to reduce cars on city centre roads, such as a workplace parking levy and bus priority on main routes, were needed to improve bus speeds.
He added: "Bus speeds are really important, because if you increase them you can make savings and take more buses out of the system and bring down operating costs.
"But if the opposite happens, then costs go up and that means passengers could face significant fare increases and no one wants that."
The comments were backed by Martin Sutton, managing director of Stagecoach Oxfordshire, who said traffic was now so bad on one route – the number 10 in Cowley – that the number of buses serving it had been doubled from six to 12 to ensure it remained frequent enough.
He said: "If we want rapid services, we need to create corridors to free up buses that are getting stuck in traffic. Public transport needs to be able to do its job." 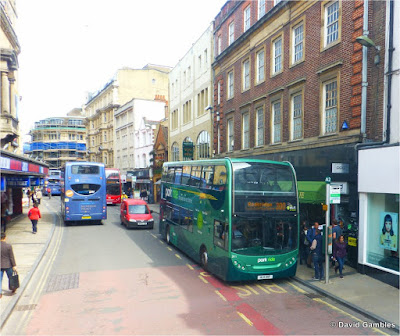 The bus chiefs also said plans for a zero-emission zone in Oxford by 2020 were unrealistic and should be delayed by 10 years, calling for an 'ultra-low emission zone' like one set to be adopted in London first.
They said the workplace parking levy – which would tax businesses in the city for each private parking space they own – would be a minimum requirement for the zone to work.
Mr Southall added: "We need to aim for a sensible target, like having an ultra-low emission zone by 2025 and a zero-emission zone by 2030 as an ambitious starting date.
"But any announcement of that needs to come with difficult decisions, because you can't start working towards it until they are in place."
Proposals for the levy are being explored by the county council and are backed by Oxford City Council, but city council leader Bob Price said he was against reopening Cornmarket Street to buses.
He said: "There is a very strong case for reviewing bus routes, particularly those going north and south, and the time has come for a wholesale rethink.

"But there is no way the city council would support having buses on Cornmarket again."

Five new park and ride sites could be built outside of the city by 2031 at a cost of nearly £75m.
A study published by Oxfordshire County Council yesterday said the sites – all in the Green Belt – should be at Cumnor, Lodge Hill, Sandford and Oxford Airport, in addition to one already announced at Eynsham.
They would have a combined capacity of up to 5,900 spaces, on top of an extra 435 added to the existing Thornhill car park and 1,070 at Oxford Parkway rail station. 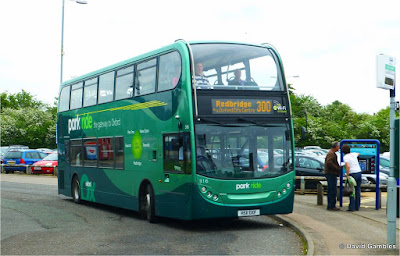 The report is looking at a number of scenarios to reduce traffic coming into the city, with one recommending the closure of the city's current sites at Pear Tree, Seacourt and Redbridge.

David Nimmo Smith, the county council's cabinet member for transport, said the new park and rides were needed because of 100,000 new homes and 85,000 new jobs forecast in the county over the next 15 years.

He added: "Oxfordshire is a growing county, meaning long term solutions are needed so the transport system meets the demand of the future.
"This is only a technical study. But this means we are able to proactively respond to future challenges."
Eynsham's new site, on land north of the village, is already funded as part of improvements planned for the A40 and will be complete by 2021.
But the study, by consultancy firm Atkins and commissioned by Oxfordshire County Council, said the new site west of Oxford Airport and an expansion at Oxford Parkway could also be finished by then.
This would be followed by the Thornhill expansion between 2021 and 2026, then construction of the new sites at the Cumnor A420 junction, the A34 Lodge Hill junction and on the A4074 just south of Sandford by 2031.
It proposed the closure of Pear Tree park and ride by 2021 and Seacourt and Redbridge by 2031. Although officials said yesterday that they would remain "flexible" about whether they should remain open.
It is understood that the funding for the scheme would likely have to come from the Government. In the two scenarios looked at, new "rapid" services would either be created to serve the sites or existing routes would be extended.
The council said it was working on more detailed plans which it would publish in the future.