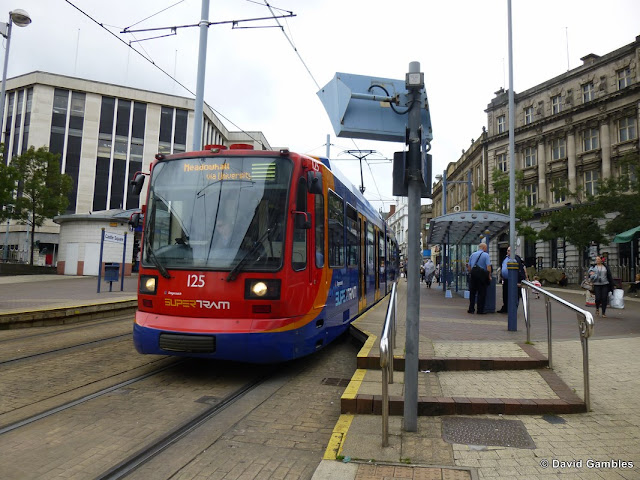 Passengers numbers, however, have risen from 11.5m to 11.6m in the last year.
A spokeswoman for Stagecoach, which runs Supertram, said the network remained a "profitable business".
The DfT report shows Supertram and London Tramlink are the only services out of England's eight light rail and tram networks to have seen a drop in revenue in the past 12 months.
It said the figures for Sheffield had been affected by a £32m rail replacement project, which began in 2013.

Stagecoach said: "When we began operating Supertram services in 1997, the network was a drain on the public purse - we have turned the service into a profitable business which no longer relies on public funds and is depended upon by millions of people every year. 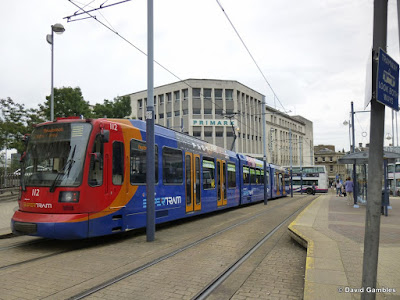 "Alongside South Yorkshire Passenger Transport Executive, we have just completed a vital three-year programme of investment work to help maintain the network for decades to come.
"This work resulted in a number of temporary changes to our network and has included bus replacement services operating instead of trams at various times on parts of the network over the past three years.
"Since this work finished there has been a significant increase in the number of passenger journeys.
"Sheffield benefits from a good public transport network and customers have a choice of integrated tram, bus and rail services, so it is clear that people will use different modes of transport at different times depending on their specific requirements."

A recent survey found 97% of passengers were satisfied with the tram service in Sheffield, compared to 81% for the Midland Metro network and 98% for the Nottingham Express Tramway.