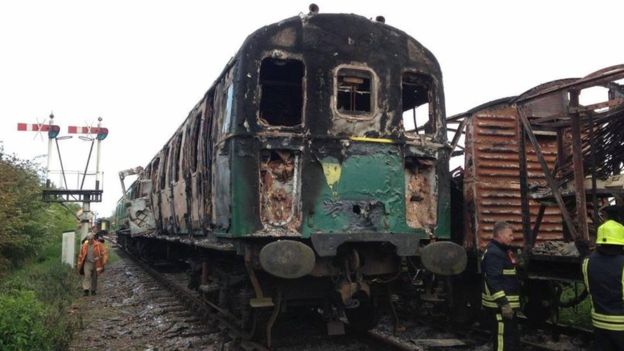 A vintage diesel train valued at £100,000 has been destroyed in a fire.
Swindon and Cricklade Railway said the train and three wagons were on the track near Hayes Knoll.
Dave Peacey, from Swindon and Cricklade Railway, said they had just refurbished it for the coming season and it was "very hurtful".
Dorset and Wiltshire Fire and Rescue said it was investigating the cause of the blaze.
Mr Peacey said: "Back in January and February a team of us refurbished the whole thing inside.
"We repainted it, cleaned all the upholstery and made it look really smart for this coming season. And now of course we've lost it and it's very hurtful.
"It's valued at around about £80,000, but with the three wagons that were adjacent to it that have also been destroyed, the value is in excess of probably £100,000 damage."
The train - a Diesel Electrical Multiple Unit (DEMU) - was built in 1964 and is nicknamed the "thumper" because of the engine's distinctive noise. It was one of only three in the country. 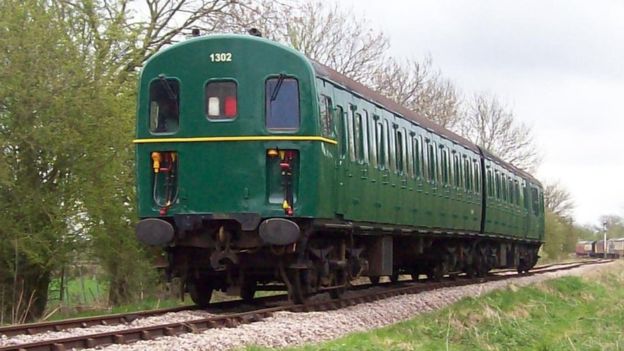