In 2013 the Gloucester Warwickshire Railway ran a successful share issue raising more than £500,000 which was used to restore the 5 bridges on the line to Broadway in 2014.
Since then volunteers have continued building the station and extending the line northwards, now within 1 mile of Broadway, using the railway's own funds.
Now £1,250,000 is needed to complete the Railway over the last mile and open Broadway Station in 2018.
By linking Broadway, often referred to as 'the Jewel of the Cotswolds' with Cheltenham, itself styled 'Cultural Centre for the Cotswolds' the railway will, for the first time since 1960, provide a rail link between these important centres of culture along a line of outstanding natural beauty.

It is anticipated that the opening of this link in 2018 will create a major new market for tourist travel between these important locations and bring significant economic benefits to the local area and community.
Click here to see what is to be achieved.

Work to bring trains back to Broadway station continues, all of the required major construction work is now complete - only the steps, footbridge and the adjacent platform building work is outstanding.
David Gambles called in at the Broadway station site during July to see the progress being made. On arrival he was made welcome and given access to the viewing platform which provides a safe area to observe what is happening on the station building site. 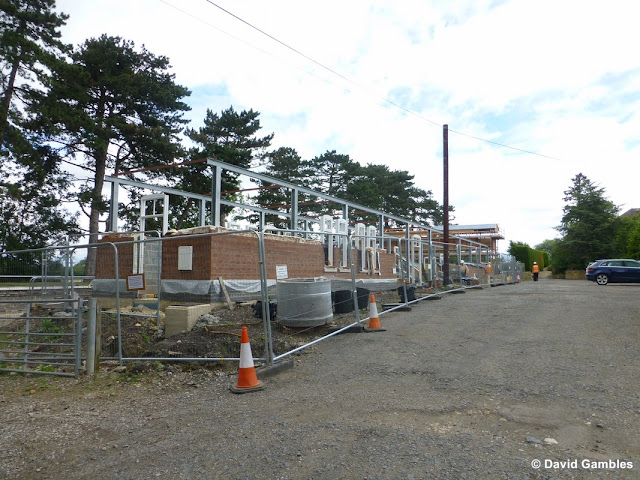 The railway hosts various events throughout the year, on the 10th July a bus rally took place where 45 vehicles visited, some of which operated services. See here here for more details and pictures.
On 29-31st July the railway's popular Summer Heritage Diesel Festival takes place, when no fewer than 10 locomotives from the 1960s and 1970s will be in action. Much anticipated will be the debut of English Electric Type 3 (Class 37) D6948 freshly turned out in its as-new condition in BR green.

We wish the railway well in their efforts to reach Broadway and will bring you updates on the progress being made.