Details of ongoing discussions over a possible tram-train link at Glasgow Airport cannot be made public because it would deter those involved from putting forward “contentious and challenging ideas”, according to a new ruling.
All documents, memos, emails and correspondence relating to the multi-million pound transport scheme will remain under wraps after Network Rail concluded that it was “not in the public interest” to reveal the content of exchanges relating to the Glasgow Airport Access Project (GAAP), spearheaded by Glasgow and Renfrewshire councils and Glasgow Airport. 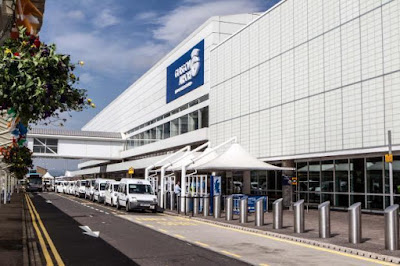 While the infrastructure body acknowledged that “disclosure would give an insight into a transport project that might one day affect the daily lives of a great many people”, it concluded that this was outweighed by the need for privacy.

Network Rail, while rejecting an appeal under Freedom of Information laws, said: “We think it likely that the ongoing discussions around the Glasgow Airport Access Project would be adversely affected by disclosure.
“It would make those involved in these discussions less willing and less able to present contentious or challenging ideas since doing so would open them up to unwarranted public intrusion and ultimately undermine the integrity of the policy development process.”
The statement contradicts guidelines from the Information Commissioner’s Office (ICO), which make it clear that it “would not be reasonable” to withhold information on the basis that its disclosure would “affect the frankness of unspecified and unrelated discussions in the future”.
However, while Network Rail acknowledges the ICO’s stance, it adds that the “significant and prominence” of the airport project sets it apart.
The refusal comes amid scepticism over the feasibility of a £144m tram-train hybrid, which would see trams join the main rail network at Paisley Gilmour Street en route to Glasgow Central.
A Scottish Government-commissioned feasibility study in 2014 warned that there was “very little spare capacity” at Central to accommodate the trams and that running them during peak times would require “significant timetable alterations and extended journey times for other passengers”.
Solving both problems is a matter for Network Rail, which owns Glasgow Central and manages the nation’s railways. 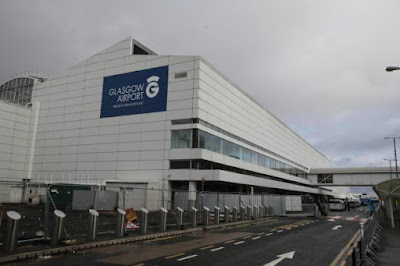 Jim Beckett, a former Channel Tunnel engineer behind alternative monorail proposals said there should be clarity over whether the tram-train was “a no-go” or not.
He added: “It smacks of [there being] so much contention around this project that it’s as if they don’t want to let it out into the cold light of day.”
A spokesman for the Campaign for Freedom of Information in Scotland said the non-disclosure decision was open to challenge.
He said: “It is hugely disappointing that, on a subject of major public concern, which is liable to involve large amounts of public money, Network Rail think that the public interest is best served by keeping papers secret.”
Network Rail said it advocated a “comprehensive and transparent” public consultation based on the completed business case.
A spokesman for GAAP said “discussions continue to evolve and no firm decisions have yet been taken”.
He added: “There will, of course, be full public consultations on firm plans once sufficient information has been developed on taking forward any of the options currently under consideration.”