FirstGroup plc (the 'Group'), has today reported the following update on trading since the start of the
2016/17 financial year (the 'current year'). 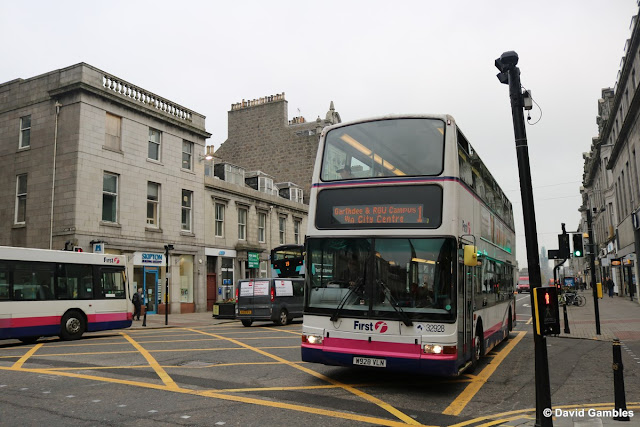 * Group revenue in the first quarter decreased by 1.4% in constant currency,
with revenue growth in First Student, First Transit and First Rail offset
by decreases in First Bus and Greyhound

* No change to overall outlook for the current year, recognising that the
degree to which potential net currency benefits as a result of our
significant US dollar based businesses will be offset by a more challenging
macroeconomic outlook for our UK businesses is uncertain, following the
outcome of the EU referendum

Divisional update in the first quarter:

The third year of First Student's contract pricing programme continues to
progress. With approximately two thirds of negotiations completed in the
current bid season, we are achieving average price increases above the prior

year while our contract retention rate is as targeted. Early in the first
quarter we realigned our regional management and central service structures,
resulting in the elimination of 130 positions, which will assist in meeting our
cost efficiency targets for the current year. We remain on track to benefit
from a higher number of operating days and a reduction in our fuel costs due to
our hedging profile. We continue to work to offset the driver shortage cost
headwinds we are experiencing, and expect significant margin progression in the
current year.

First Transit delivered a solid financial performance in the first quarter,
continuing to benefit from growth opportunities in our core service markets, as
well as exploring additional avenues for future growth. As anticipated, we are
experiencing further reductions in demand for our shuttle services to the
Canadian oil sands sector due to the oil price and the wildfire which
devastated the city of Fort McMurray. However, we expect First Transit will
deliver overall growth in the current year, while maintaining margins.

As expected, Greyhound has continued to experience muted passenger demand in
the first quarter, with fuel prices lower than in the comparable period in the
prior year. Like-for-like revenue decreased by 5.0% in the first quarter, and
we expect year-on-year growth to remain challenging throughout the first half
of the current year. We continue to take actions to reduce cost in response to
the demand environment, and to make progress with our business model
transformation. 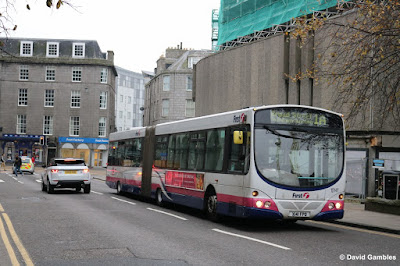 In the first quarter, First Bus like-for-like revenue decreased by 1.4%, with
passenger volumes continuing to be affected by lower high street retail
footfall and congestion impairing services in several of our markets. We
continue to take action to offset the challenging market backdrop by merging or
closing a number of depots and other cost efficiencies, and expect to deliver
margin progression during the current year from the benefits of past cost
saving actions, additional cost and operational efficiency initiatives and
reduced fuel costs.

Our First Rail division delivered like-for-like passenger revenue growth of
2.3% in the first quarter with volume growth moderating, consistent with recent
industrywide trends. This slowdown in growth has been mainly evident on our
Great Western Railway ('GWR') franchise, where the network infrastructure is
undergoing substantial upgrade work. Meanwhile revenue performance at
TransPennine Express ('TPE') has been better than the industry average in the
quarter. We continue to expect our divisional margin to rebase toward industry
norms in the current year, reflecting the terms of the new TPE franchise and
new GWR direct award. In the recent National Rail Passenger Survey, our rail
franchises maintained or improved their customer satisfaction ratings, during a
period when the industry average satisfaction score fell.

It is too soon to judge the overall effect of the EU referendum decision on the
Group. More than two thirds of Group adjusted operating profit was generated in
North America in the last financial year, and the weakening of sterling since
the referendum outcome would, if maintained, result in translation benefits
from our US Dollar denominated businesses, albeit partly mitigated by some US
Dollar denominated costs incurred in the UK divisions (principally for fuel),
and some US Dollar interest and tax costs. Like other business sectors, our
UK-based First Bus and First Rail operations are affected by trends in the
wider economy, including factors such as weakening economic growth and lower
consumer confidence. The degree to which the net currency benefit from our
US-based operations will be offset by more challenging UK economic conditions
for our UK-based businesses is uncertain at this stage.

As in previous years, the Group's results in the current year will be
significantly weighted to the second half principally due to the timing of
school summer holidays on First Student's business compared with our financial
year. First Rail's results in the current year will also be more second half
weighted as a result of the new GWR direct award, which took effect towards the
end of the first half of the prior year.

"Our trading performance as outlined at the recent full year results in June
has continued during the first quarter, and the Group expects to make strong
progress in the current year despite a challenging and uncertain trading
environment in several of our markets. This will come from our continued focus
on disciplined contract bidding and rigorous cost efficiency programmes, as
well as lower fuel costs and more First Student operating days compared with
the prior year. Overall, we expect to deliver a significant improvement in our
profile of sustainable returns and cash generation going forward."