Rail commuter fury as firm in safety row axes 350 trains a day: Passengers hit out at decision to implement emergency timetable following dispute over the role of conductors

Commuters hit out at Southern Railway’s plan to cancel up to 350 trains a day as the firm accused unions of making ‘bogus’ safety claims.
The embattled company – which is locked in a bitter row with unions over changes to the role of conductors – has been given the green light by the Government to adopt an emergency timetable.
Services at risk include Clapham Junction to Milton Keynes, Tonbridge to Redhill, Littlehampton to Portsmouth and Southsea, plus Brighton to Southampton and Seaford.
But Peter Kyle, the Labour MP for Hove, told the Commons the ‘shambles has turned into a crisis’. He said constituents were receiving written warnings from their bosses after repeatedly turning up late for work.
Govia Thameslink Railway, which owns Southern, blamed the chaos on a ‘sickie’ strike – a surge in conductors calling in sick since unions staged the first of four days of action in April.
It claimed the new timetable will give passengers a ‘more predictable service they can plan around’.
But this received short shrift from exasperated commuters who say fewer trains will be more crowded, with passengers less likely to receive ‘delay repay’ payouts. Only last week David Cameron promised more generous compensation, saying that Southern’s performance was ‘unacceptable’.
Another MP called for Govia to be stripped of its franchise and called the company ‘incompetent’ with hundreds of thousands of commuters enduring months of delays and cancellations on popular routes between London and the Sussex coast.
The long-running row with unions stems from Southern’s plans to change the role of conductors. It wants to switch responsibility for opening and closing train doors to the drivers. A driver-only operation means trains can still run when no guard is available.
Govia has promised no job losses or salary cuts as a result of the changes. But the Rail, Maritime and Transport union claims the move jeopardises passenger safety. Govia says that is scaremongering. A report last month by the independent Rail Safety and Standards Board found driver-only trains pose ‘no increased risk’ compared with trains which rely on conductors to close the doors.
A Govia spokesman said: ‘Claims that safety is at risk are totally bogus. The independent rail safety body has said so and nearly half our trains run without conductors already. This is a smokescreen and the victims are Southern Rail passengers suffering from their reckless and unnecessary strike action.’
Southern even released figures showing guards are pulling 1,200 ‘sickies’ a month – causing 83 trains a day to be cancelled. This compares with fewer than five a day calling in sick before the first strike was held on 26 April.
The number of conductors calling in sick has almost doubled over the period from 26 a day to 40.
The RMT accused Southern of ‘lying’ to passengers and blasted the revised timetable, saying the firm employed too few staff and relied on overtime working.
Critics also said Southern’s problems pre-date the row. Network Rail data on punctuality and reliability scores Southern at 80.7 per cent average, lower than any other franchise.
Despite this Southern’s boss David Brown received a £2.16million pay package last year after being handed a 10 per cent rise. 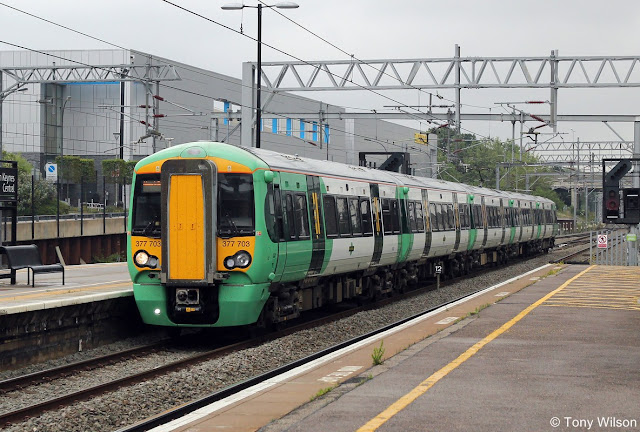 Routes with no Southern service


Routes with a revised service

Other routes are expected to operate a normal timetable, but may be busier and there may be some alterations. You are advised to check your journey on any Gatwick Express or Southern route before travelling.


We plan to operate the normal service on Saturdays and Sundays (subject to any engineering work taking place); however please continue to check our live running page for the latest information.


We are introducing the revised timetable because we believe we will be able to deliver it more reliably. However, disruption can still be caused by signal failures, train faults and other issues so please check our live running page before travelling for the latest information.


While the amended timetable is in place, we will ensure that trains are formed of extra carriages where possible. Platform lengths at certain stations and other physical constraints will limit the length of some trains.


Where possible we will arrange ticket acceptance on routes where a reduced train service is operating. Details of those currently in place are available on our live running page


Any tickets that are normally valid on other routes (such as Oyster on the Underground) will continue to be valid as usual, however, 'route Ken Olympia', 'route London Terminals' and tickets without the Underground included cannot be used on LondonUnderground services. Southern tickets will also be accepted as part of any reasonable journey on the following operators while the revised timetable is in force: 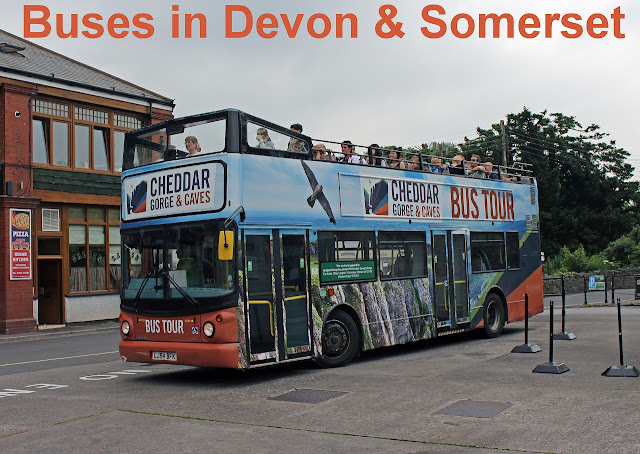 With summer allegedly with us the team is now and again taking time out to visit various locations. The West Country is one place and a selection of buses and coaches have been placed into an album which can be viewed by clicking here