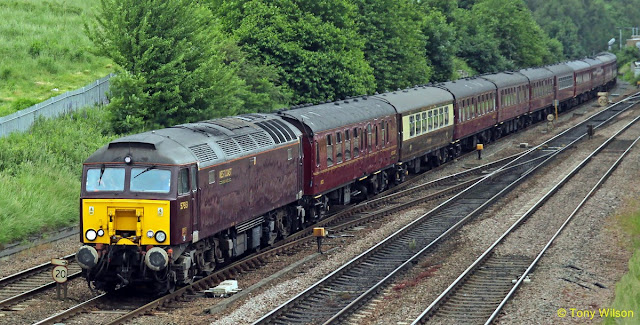 Train operator West Coast Railway Company Limited (WCRC) has been fined £200,000 and ordered to pay costs of £64,000. This follows a prosecution brought by the Office of Rail and Road (ORR) for breaches of health and safety laws which led to a train passing a signal at danger near Wootton Bassett on 7 March 2015.
Melvyn Cox, a train driver with 40 years’ experience, has also received a four-month prison sentence, suspended for 18 months.

ORR investigated an incident involving a steam locomotive operated by WCRC between Bristol and Southall, which passed a signal at danger near Wootton Bassett junction in Wiltshire. The train stopped almost 700 metres after the signal, across a busy junction on the Great Western main line.
ORR inspectors found significant failings in WCRC’s managerial controls. The company had not implemented appropriate procedures, training or monitoring of staff to stop intentional misuse of the Train Protection and Warning System (TPWS) equipment.
Our evidence showed the train’s driver Melvyn Cox directed a colleague to turn off this essential safety system, designed to automatically apply an emergency brake.
WCRC and Melvyn Cox both pleaded Guilty at Swindon Crown Court today.
Ian Prosser, HM Chief Inspector of Railways said:


"Train operating companies and their drivers hold positions of great responsibility, with a duty to protect the safety of colleagues and passengers. Almost all undertake their roles in accordance with the rules and their training.

"This prosecution has led to WCRC taking significant steps to improve its management of safety, with support from the regulator.

"Rail safety remains one of the regulator’s key priorities and we will always take action against companies or individuals if failings are found."