When London's Buses went to war

Ceremonies were held in France and around the world on the 1st July to mark the centenary of the Battle of the Somme. More than a million men were killed or wounded on all sides at the Somme. The Battle of the Somme, one of WW1's bloodiest, was fought in northern France and lasted five months, with the British suffering almost 60,000 casualties on the first day alone.
The London Transport Museum 'Battle Bus' was present in France to mark the occasion. 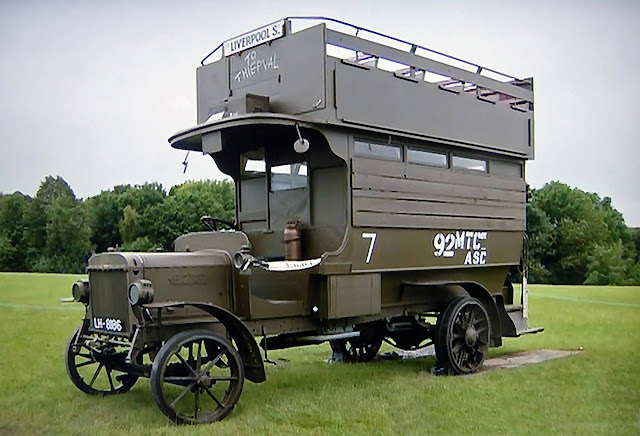