From the Sheffield Star online news

Sheffield transport chiefs have admitted controversial bus changes coming into force this September have not been explained properly to the public.

Councillors told a meeting with bus operators many residents have raised fears their communities will be ‘isolated’ by a series of changes to routes – with big concerns in Tinsley, Firth Park and Manor Castle.
Around 400 households in Tinsley are set to have services to Sheffield city centre reduced in the autumn.
Councillors said they had not been given any advance notice of the planned changes – despite Sheffield Council being part of the official bus partnership – and had not been able to explain why changes were being introduced.
Transport bosses claimed the majority of the changes are both ‘minor and positive’ aimed at improving punctuality and reliability – but admitted they had failed to get the message across why services were being altered.
Stephen Edwards, executive director of South Yorkshire Passenger Transport Executive, said: “Clearly the communication hasn’t worked and hasn’t given you the information you want and need.
“We will look at how we can improve that.”
One of the biggest changes in September will be the end of the number 69 Sheffield to Rotherham service which runs through Tinsley. 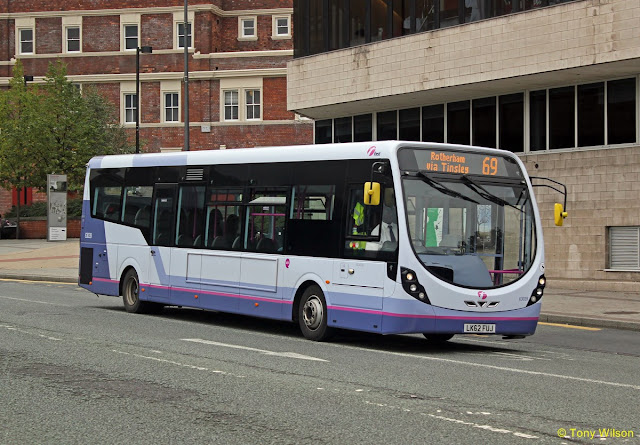 It will be replaced by a more regular X1 service. But of the 1,200 households in Tinsley currently reachable on the 69 bus, only 800 will fall within the new route - leaving 400 homes with only one service an hour into the city rather than the current three.
Other major changes will see four bus services catering for pupils at Sheffield’s Catholic schools axed following a decision made by the council last year.
Councillor Steve Wilson, chairman of the Economic and Environmental Wellbeing Scrutiny and Policy Development Committee, said all councillors had been informed of the widespread route changes on July 8.
Councillor Mazher Iqbal, cabinet member for transport, said he was concerned there had not been enough consultation about the latest changes and concerns had been raised with him about alterations to services in Firth Park. 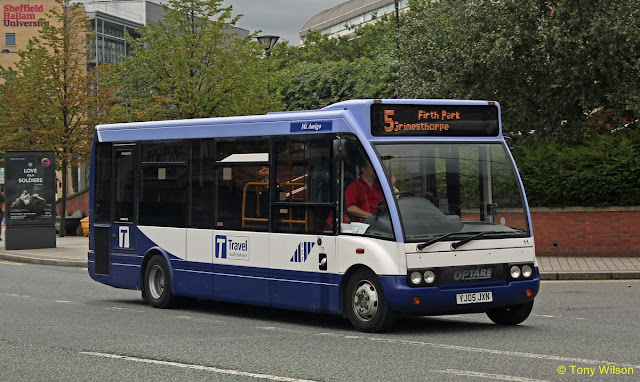 He said he had been led to believe there would be no further changes to bus services following the controversial changes last November.
“We can’t be isolating communities, that is the bottom line,” he said.
He asked for the service changes to be suspended until further consultation takes place.
Councillor Iqbal said he was concerned about the cancellation of the 69 service and the potential impact on ‘elderly residents who rely on public transport’.
“People think it is the council making these changes, it is the operators,” he said.
“I would like these to be reconsidered and withdrawn from the table until the public say this is something that could work for us.
“People feel they are being isolated.”
Bus operators said they would look at concerns about specific routes but the wider programme would go ahead in September.
Councillor Paul Wood said residents’ comments in areas such as Manor Castle and Tinsley suggested the bus services they were receiving were ‘not acceptable’ to them.
He said councillors cannot explain why changes are being made if they are not informed of them first.
“We are the ones who will take the blame,” he said.
“The public want to know what we are doing. If you are making decisions we don’t know about, there is very little we can do about it.”
Mr Edwards said it appeared there was a ‘disconnect’ in communication to councillors which needed to be improved.
Councillor Ian Auckland said bus operators appeared unwilling to alter their plans for September despite concerns being raised.
“The email to members said if you have a got a problem, let us know, It seemed to imply there was some wriggle room,” he said.
“I passed that on to some of the people who contacted me.
“I quoted that back to somebody involved in making representations. They got the reply ‘We have got no intention of changing it, it is too late now’.”
Councillor Martin Smith said: “It is clear that at best there is a perception that the agreed processes weren’t followed.
“There is a fair degree of public disquiet.”
Mr Belfield said all of the changes are intended to be improvements.
“The changes in September should further improve punctuality and mileage coverage,” he said.
“It is a shame it is being perceived in a negative way. Overall, it is a positive move for the city and South Yorkshire.”
John Young, from Stagecoach, said: “After the service changes made in November and the subsequent amendments in January and February to restore punctuality, punctuality is at its highest level it has ever been.
“It is important to stress no changes is not a good thing. We need to make sure people understand what the changes are and why they are being made.
“At least 75 per cent of the changes we make are for punctuality. There is a lot of science that goes into the details.
“A lot of the changes we make are a) minor and b) positive because they will make sure buses run on time.
“The key thing is the communications. It is clear that needs to be improved.” 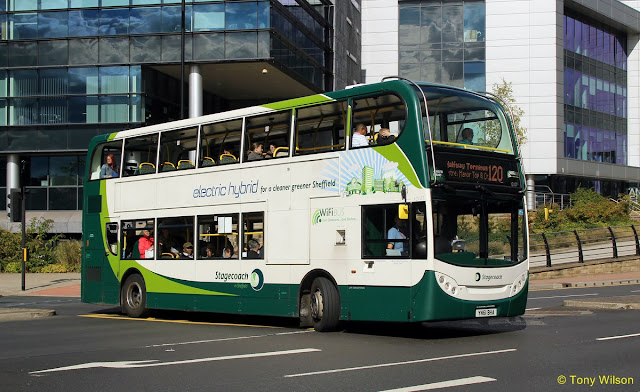