The first of 66 electric multiple-units for the Elizabeth Line was unveiled by Transport for London at Bombardier’s Derby factory on July 29. 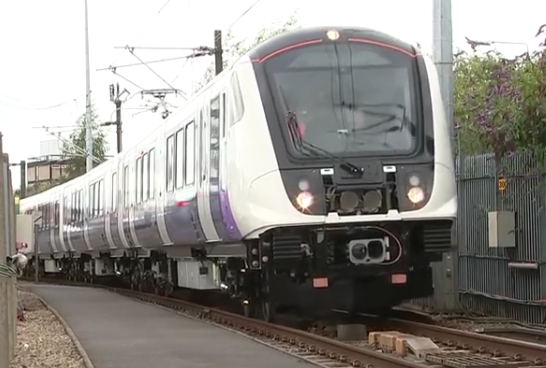 Following dynamic testing at the Derby plant, the first train is to undergo trials at the Old Dalby test centre during August. This will include carrying more than 100 tonnes of weight to simulate passengers. A car is also to be sent to a climatic chamber. Once trials are completed, the test equipment will be removed from the first trains and the interiors will be fitted out with seats before delivery for passenger service.
The Class 345 EMUs are part of Bombardier’s Aventra family, and according to TfL production in Derby is helping to support 760 jobs and 80 apprenticeships. Barber & Osgerby is acting as design adviser. 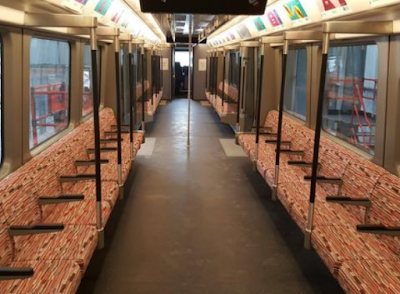 The EMUs feature wide gangways, air-conditioning, CCTV and real-time travel information, and are equipped for regenerative braking which is expected to result in energy savings of up to 30%.
The Class 345 is scheduled to enter service on TfL Rail services between London Liverpool Street and Shenfield in May 2017. The first trainsets will initially comprise seven cars and be 160 m long to fit the existing platforms at Liverpool Street. Nine-car sets 200 m long with a capacity of 1 500 passengers are expected to be introduced from May 2018, initially running between Heathrow Airport and Paddington.
The full route linking Reading and Heathrow in the west and Shenfield and Abbey Wood in the east via new tunnels under central London is scheduled to open in 2019, and will be called the Elizabeth Line.
While TfL has contracted the operation of the Elizabeth Line to MTR Corp under a concession model, London Underground Managing Director Mark Wild confirmed that the route would be managed as part of LU. He said this reflected the cross-city line's role in relieving congestion on several LU lines, particularly the Central and Jubilee. 'The Elizabeth Line is intrinsic to integrating London. It will complement the ongoing four lines modernisation programme and deliver step-free access to the city centre stations', he said. 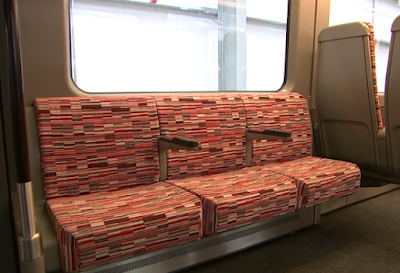 Suggesting the Aventra EMU was 'the best train he'd ever seen', Wild complemented Bombardier on the progress it had made in industrial design and testing over recent years. 'The facilities here in Derby are world-leading now', he said.
TfL has had a strong influence over the final design of the vehicles, with Head of Design Jon Hunter suggesting TfL had adapted '95% of the Aventra concept offered to us'.

A particular focus has been on developing 'an interior people want to travel in'. Hunter said that darker flooring and side panelling had been selected to avoid the 'sense that you're travelling in a fridge'. 'We can't claim to be business class but we are aiming for premium economy in airline parlance', he added.
Crossrail Operations Director Howard Smith confirmed that Oyster smart card and contactless ticketing technology would be extended to cover the whole Elizabeth Line, including Reading. He also expected that this would include Heathrow Airport, where Crossrail services will replace the existing Heathrow Connect operation. Smith also said that TfL was investigating if more Crossrail trains could run west of Paddington, where 14 of 24 trains per hour from the east are currently planned to terminate.