Subway trains in Scotland’s largest city could run into the small hours to boost Glasgow’s burgeoning night-time economy. Extending the service after midnight will be possible after the system’s £288 million upgrade is completed.

It would give clubbers and other late-night revellers an alternative to lengthy taxi queues and infrequent night buses. Glasgow’s night-time economy generates £2.16 billion for the city and supports 16,000 jobs, the first study of its kind showed in June. These figures take into account activity in restaurants, bars, clubs and fitness centres.
News of the plans comes as the first 24-hour London Underground trains were launched on Friday night. The weekend service on the Victoria and Central lines is expected to add £360m to the city’s night-time economy.

In Glasgow, overnight maintenance work to keep its 119-year-old Subway going limits its opening hours. Repairs are constantly required to the Victorian tunnels, track and drainage. The trains, which are 36 years old, are also increasingly difficult to keep running. 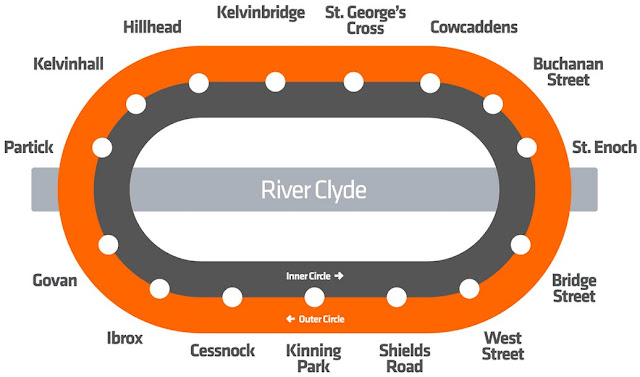 The last Subway services leave stations in the city centre for their depot in Govan at around 11.30pm six days a week and at 6pm on Sundays. However, the system’s major overhaul along with new trains are expected to significantly reduce the amount of nightly maintenance required when the work is completed in 2021.

Strathclyde Partnership for Transport, which runs the Subway, said it was already planning for later running. Senior director Charlie Hoskins told Scotland on Sunday: “I take it as read that we will be doing that. “We will definitely be looking at running till the small hours. “The case for doing this will grow over the next four or five years as the night-time economy expands. “Lighter maintenance can be done over shorter hours.”

The Subway already stays open occasionally to get passengers home from late-evening concerts and festive events. Trains typically stay running for an extra hour. This service, which is not advertised, will operate for the Noel Gallagher’s High Flying Birds and Biffy Clyro gigs in Bellahouston Park next weekend.
Professor John Lennon, director of the Moffat Centre for Travel and Tourism Business Development at Glasgow Caledonian University, who wrote the study on the night-time economy, said later trains would give it a further lift. He said: “Any extension to underground trains later into the night can only be beneficial for the city. “The idea that we are stopping the service at a time when other cities are in full swing makes us less competitive for visitors. “A big part of what cities offer to visitors and residents is transportation. “We limit the night-time economy significantly if there are barriers to it.”