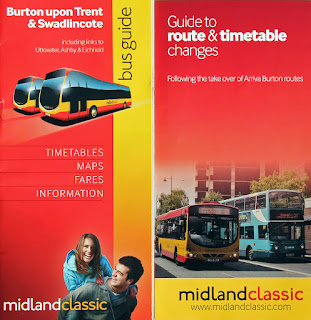 From Sunday 28th August Midland Classic increased its fleet when it took over most of the routes operated by Arriva in Burton-upon-Trent. The deal also included the former Arriva depot along the Wetmore Road plus a number of the single-deck buses.
Midland Classic began its services in earnest on Tuesday 30th August after the Bank Holiday Monday, barring the peak time schoolday operations, which will begin in a week or so time. 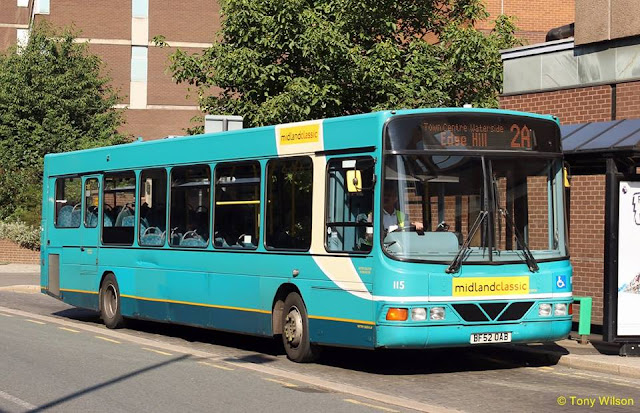 Eleven of the Arriva DAF SB200/Wright Commanders have been acquired and will be repainted into fleet livery within the next 3-months. In the meantime they remain in service albeit with Midland Classic fleetnames attached. 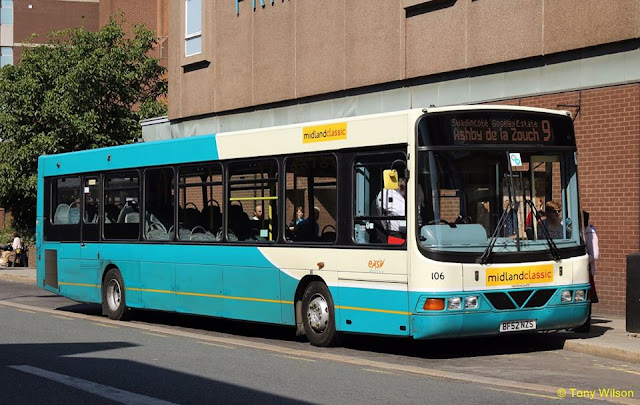 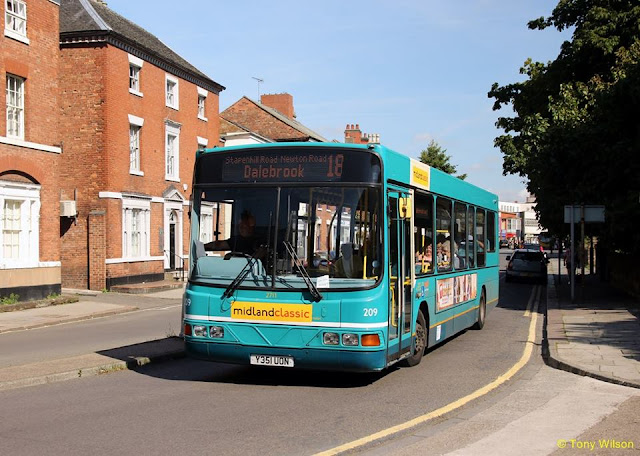 One has been returned to Derby for attention and is replaced temporarily by fleet number 2711 a DAF/ Wright Cadet. This runs around with two fleet numbers, Arriva's 2711 and MC's temporary number 209.
Additional hirings in are two of the former Nottingham Scania OmniDekkas, now with Notts & Derby and number 42 with temporary fleet number 211 is illustrated (below) along with a couple of the DAF SB200s (above) in contrasting Arriva livery. Four new Optare Metrocity single-decks are due out from the 1st September or soon after, being as they are 66-registrations. These are similar to the two already in the fleet and assigned to Lichfield town services. 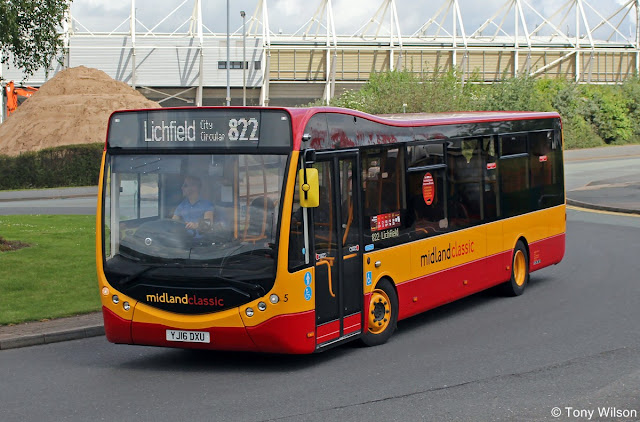 Full details of the service changes can be found on the Midland Classic website at
http://www.midlandclassic.com/news/2016/08/service-changes-28-august-2016/